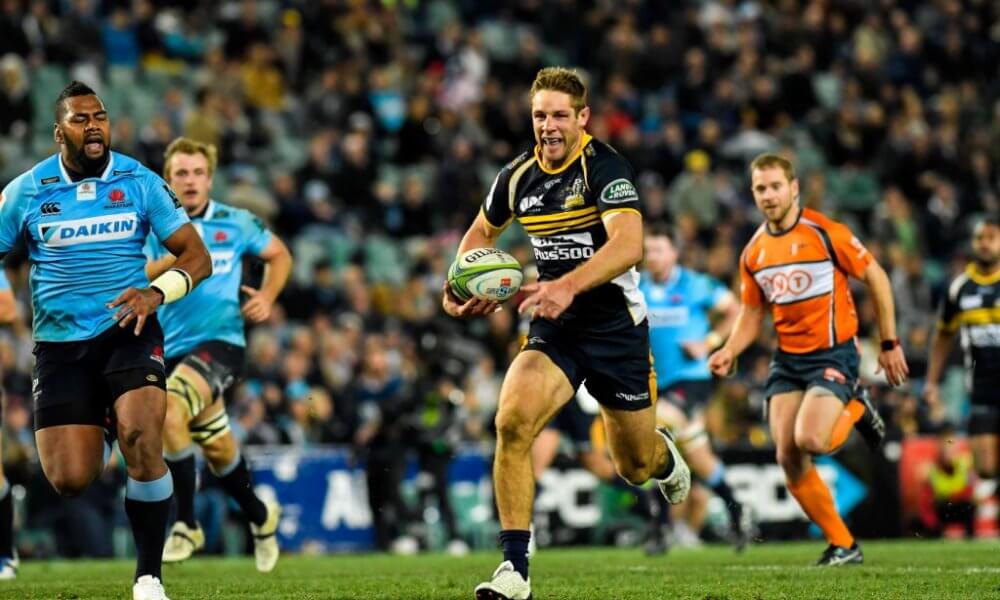 The Brumbies have secured the Australian Conference, defeating the Waratahs 35-24 to record their 6th win of out their last 7 games against their northern rivals. The Brumbies blew out the Waratahs in the first half, recording 28 unanswered points to race out to a 28-3 lead at the half time break. The Waratahs would show some fight in the second half to give their fans some hope, however, the Brumbies were ultimately too strong, led by strong performances from their forward pack and Christian Lealiifano.

The Brumbies seem to be hitting their strides right in time for a strong finals push, and the victory secures home-field advantage for the quarter-finals and hopefully the semifinals (if results go their way). As for the Waratahs, this should rule them out of finals contentions, which is fitting as their performance tonight and across the past 4-6 weeks has not been worthy of earning a spot to play finals football.

The Waratahs opened the scoring after marching into the Brumbies 22 from a 40m kick by Damien Fitzpatrick of all people. NSW would earn a penalty after catching Tom Cusack offside, which Bernard Foley converted from right in front to put them ahead 3-0.

This would mark the last time the Waratahs would threaten the Brumbies line for 30 minutes, with the Brumbies hitting back immediately from the restart, grinding their way to the Waratahs goal-line before lock Rory Arnold crashed over to put them in front 7-3.

They continued to assert their dominance minutes later, with a lovely worked line-out play opening up the Waratahs before Andy Muirhead crashed up in the following phases to extend their lead out to 14-3.

The nightmare run of play for the shellshocked Waratahs continued, with Irae Simone throwing a lovely cut out ball for Toni Pulu to burst away, who ended up drawing the fullback to reward Simone for his wonderful lead up play with a try. Lealiifano would convert to push their margin out to 18 points after 25 minutes.

The Waratahs were handed some reprieve when Folau Fainga’a looked to have bagged his 11th try of the season, however, he would end up losing possession right before the try-line. He would not be denied for long, with the Brumbies crashing over from their trusty rolling maul to increase the score out to 28-3.

The Waratahs looked to have regained some momentum right before the bell, however in true Waratah fashion, they ended up bombing the chance after Swinton dropped the ball over the line.

This summed up the effort of the Waratahs in the first time, who lacked any real toughness in defence and failed to execute against a well oiled Brumbies line-up, who deserved to go into the half time break up 28-3. 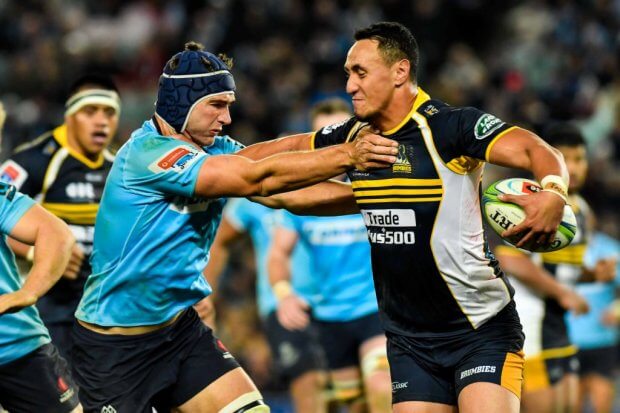 The Waratahs came out strong after Daryl Gibson gave the side an almighty spray during halftime, with halfback Nick Phipps stretching over after 5 minutes of constant pressure to the Brumbies goal-line to reduce the margin back to 28-10.

However, the Brumbies would look to sniff out any faint hopes of a comeback, with their forwards dominating the Waratahs at scrum-time. However, poor handling saw the ACT side waste several chances that would have restored their lead and assured the victory.

The replacements for the Waratahs would shore up the side’s lacklustre scrum, allowing the Waratahs the opportunity to go on the attack, however, Jed Hollaway would be stopped on the line after a textbook tackle from Lealiifano dislodged the ball.

They would eventually be rewarded with 7 points after Adam Ashley-Cooper crossed the line after collecting a pinpoint Bernard Foley to bring the margin back to just 11 points.

However, the Brumbies were simply too strong for the Waratahs, and their dominance was rewarded with a try to Tom Cusack to secure the victory.

Curtis Rona would prevent the Brumbies from earning the bonus point, crossing in the corner on the bell to make the score-line slightly more respectable at 35-24 to the Brumbies.

The twenty minute periods after the Waratahs penalty goal saw the Brumbies score 28 unanswered points and ultimately secured the victory for the Brumbies.

Folau Fainga’a was dominant throughout his stint on the field along with his fellow front rowers, destroying the Waratahs scrum and he looked damaging with the ball in hand, recording four tackle breaks and a try.

The starting front row for the Brumbies was at their dominant best, accompanied by strong performances from Toni Pulu and Christian Lealiifano, who quite convincing outplayed his opposite number. As the Waratahs, Hooper seemed like the only one who was trying in defence during the first half. Phipps was solid during his stint on the field, whilst Beale seemed hampered by injury and Foley was a non-factor until after the result was already secured.