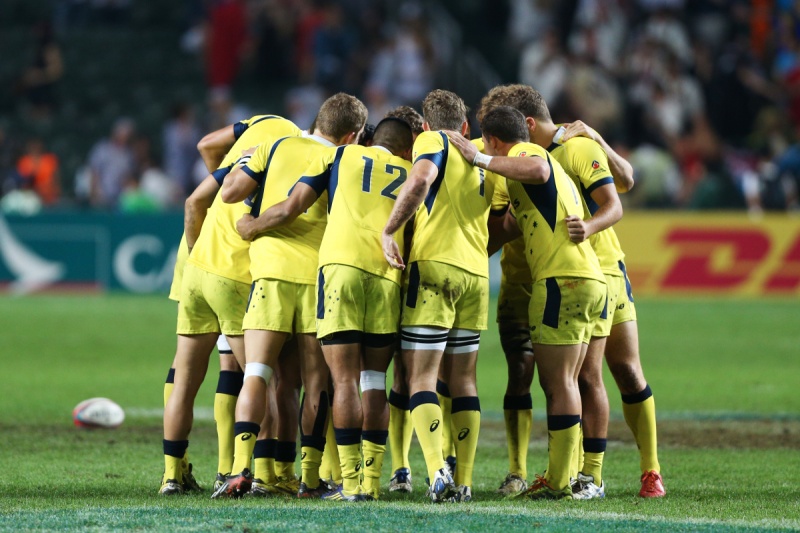 The Australian men’s 7s team has officially qualified for the 2016 Rio Olympic Games following their win in the Oceania Olympic Qualifier Final in Auckland this weekend. On the back of a dynamic Pama Fou first half performance, Australia defeated Tonga in the final 50 to 0 to book their Rio spot alongside the Aussie Women’s team who qualified earlier this year in Amsterdam.

Australia cruised through Saturday’s preliminary rounds with big wins over Nauru (62-0), the Cook Islands (48-7) and Tonga (49-0), and backed it up with an equally dominant Sunday performance. In the quarter final the Aussies were far too superior for American Samoa in winning 52-0 before securing their spot in the final with a 36-0 win over PNG in the semi-final.

The Aussies were at their clinical best this tournament and were never threatened in taking out the title. The cornerstone of their game was the set piece and kick-off where they completely dominated their opponents, regardless of who’s ball it was. With big Tom Cusack and captain Ed Jenkins providing the muscle up front, play makers Cameron Clark and James Stannard were  able to make the space for the flyers out wide in 18 year old debutant Henry Hutchison and the experienced Greg Jeloudev.

With their spot at Rio now secured the ARU have two critical decisions to make.

First and foremost is at coach. Aussie Women’s coach Tim Walsh has been filling in for the not so recently departed Geraint John since August and has managed the dual roles superbly.  You cannot imagine that this can continue to be the case heading into the upcoming World Sevens Series. Walsh has been wonderful for the women’s side and must be determined to finish the job and win gold at the Olympics next August. However with the international season kicking off in less than three weeks, an announcement of the replacement men’s coach (if its happening) is almost overdue.

The next big decision, most likely made by the coach, is what role do the big name 15s ‘specialists’ play? Henry Speight was originally selected for the Oceania tournament but his preparation was deemed to be not where it was needed to be to be selected. How this will change as he balances the impending Super Rugby season is unsure at the stage. One thing that seems more certain is that Quade Cooper seems and unlikely selection. This Aussie 7s team has based it’s game on physicality at the breakdown and maintaining possession and Cooper’s low percentage plays may be deemed too risky for the shortened version of the game.

Experience 7s players such as Sean McMahon or Liam Gill must be high on any wish list to complement the existing squad, whilst speed out wide appears another desirable particularly with Shannon Walker opting to return to rugby league.  Whether Speight can provide this (perhaps an Andrew Kellaway or Junior Laloifi could?) we won’t know until his first outing on the tour.  An experienced playmaker to support Clark (and cover for the ‘mature’ Stannard) could also be handy, with Bernard Foley, Jono Lance or Nick Phipps handy options.

Remember that Aussie fans can see their team first hand at the Sydney Sevens at Allianz Stadium on 6 & 7 February 2016.