6 Observations from round 4 of the 6 Nations 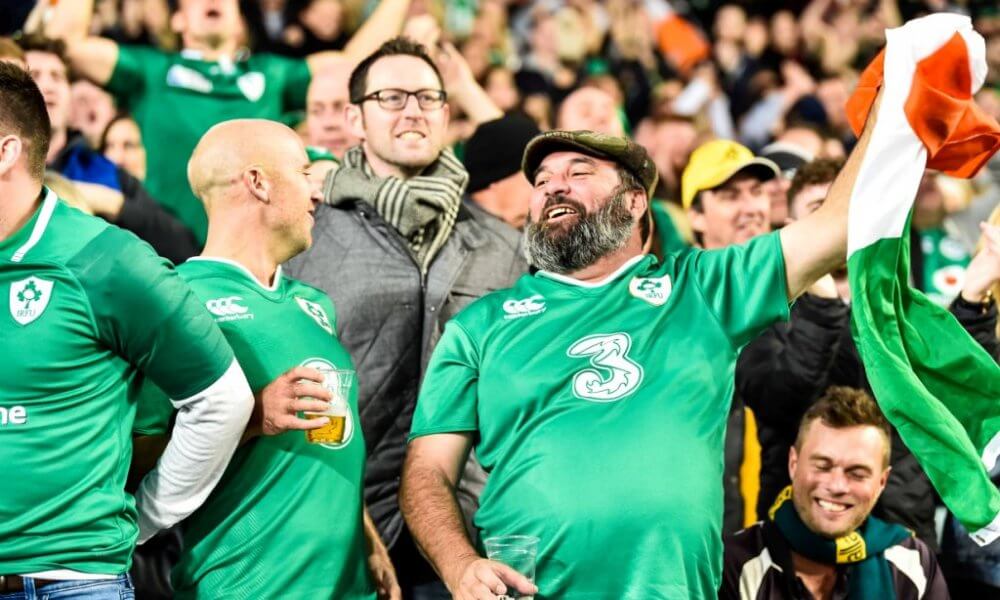 6 Observations from round 4 of the 6 Nations

Happy St Patrick’s Day to all our readers for this Sunday. I don’t want to say it’s not prophetic, but I’m expecting big things from the Irish this weekend.

This was a game of forward control from the Welsh pack with some hard defense from the Welsh backline. Really that is a very simple summary for this game as neither team really shined nor showed that they were competing for a Grand Slam, or even looking forward to the Rugby World Cup. Wales started out strong but the quickly leveled out and decided that Scotland were going to do the hard work and so they did with Scotland making the most carries in the game with Wales tackle count hitting over the 210 mark. This just shows that without the likes of Hogg, Jones and Maitland Scotland really lacked that attacking threat that those players provide. Wales on the other hand seemed very stale and nearly like they were already focused on the week after at home against Ireland. In the end Wales defense was the deciding factor of this game with wales edging the win by 7 points.

England brought their big boys out to play against Italy with the likes of Teo, Tuilagi and Joe Cokanasiga. By beefing up the backline and showing they want to be carrying from the start with a real strength that the Italians were not ready for. Eddie Jones’s men were dominant throughout this game, really keeping Italy quiet for most of the it but credit to the Italians as their set piece really held up well against a team far superior. England look set to win this tournament on points while hoping that Ireland beat Wales to do so. England have shown great form throughout this whole tournament, despite losing to Wales they have shown a ruthless dominance in every game they show up too.

This was the game where Ireland looked to be getting back to the form of 2018 – showing a real dominance in the first half basically locking France into their own half for nearly the full 40 minutes. This was achieved with relentless pressure and composure even when they weren’t crossing the line Ireland just took their time and played the game at their pace. France weren’t exactly at their very best, even though it was the exact same team that beat Scotland the fortnight before they looked sloppy and were caught out of position on several occasions giving Ireland huge support.

1: France who have a team full of great backs puzzle me the way they played on Sunday. A team with that much talent shouldn’t be clueless on covering their back field or even exiting their own 22. To me it looks like who ever is coaching the backs has been on long service leave for this whole 6 Nations.

2: Ireland are finally starting to look confident again really being able to pressure France back into their own 22 and never really let them get out. This will bring huge confidence to the camp and, in my opinion, it’s exactly what they have been lacking in the past month or so.

3: England decided to flex their massive muscles making some changes and beefing up the back line. The likes of Teo, Tuilagi and Joe Cokanasiga dominating the game on the physical side but showing some frailties in defense. If it wasn’t Italy they were facing I feel like they would have been exposed more.

4: Well what can you say about Scotland other than “Injured”. They are missing the core of their team and every game it has become a little worse. I feel like Scotland need to look at the way they have been running things as it is very obvious that their player management system has failed to get the players fit again.

5: Wales, while never looking like losing, looked sluggish and off beat. I think it was a bit of a hangover from the England game. The emotion of the game left them drained and hindered them from performing at their best I don’t see that being a problem this weekend coming.

6: A major thing I noticed, and was appalled by, was the young Irish players’ frailties under the high ball and also the fact they seemed to not play the whistle. This is a basic aspect of the game and I can see it costing Ireland games if they don’t clamp down on this quickly.

I can see Italy winning this if they play like they did against Wales or Ireland.  I feel like they are a much-improved team this tournament and deserve to get this win to give them a taste of victory and keep Conor O’Shea employed. My only fear is that France produce a game like they played versus Scotland and shock Italy. In the end I honestly see Italy coming away with a win by about 5 points.

This is a huge game. Both coaches are leaving so this is their last 6 Nations game. Wales are up for their fourth Grand Slam since 2004 and have past form in the competition. On the same note, Ireland haven’t lost a last round game in the 6 Nations under Joe Schmidt. All this leads to a spicy encounter and a huge game between two quality teams. I see Ireland winning this by less than 5 points.

This I feel will be a very similar game to England v Italy game as I can’t see how Scotland will have any chance of winning the game. England are hoping Ireland beat Wales, which makes them the next in line for the title. The only way Ireland can win is if Scotland beat England but this seems unlikely to me. I see England putting 20 points on Scotland leaving them in great form running into the RWC and digging a bigger hole for Scotland.

Forward specialist backs enthusiast and all round lover of the game.