What does it mean to be “undroppable”?

What does it mean to be “undroppable”?

Okay, let’s skip over the gushing and gnashing of teeth that Wallabies fans seem to almost be enjoying.

Australian rugby is having a bad year.

Perhaps the best example of this is the NSW Waratahs. Despite boasting the most internationals in their squad, the Waratahs are arguably the worst side in the conference bar the Melbourne Rebels.

Feeling this pinch the most (and perhaps one of the reasons for it) is Israel Folau.

Almost every other fullback in the Australian conference has at least enjoyed stretches or at least examples of good form in 2017, but not Folau.

Dane Haylett-Petty and Karmichael Hunt have been the standouts, and even Jack Debreczeni started to hit his straps at 15 before being moved back to five eighth. 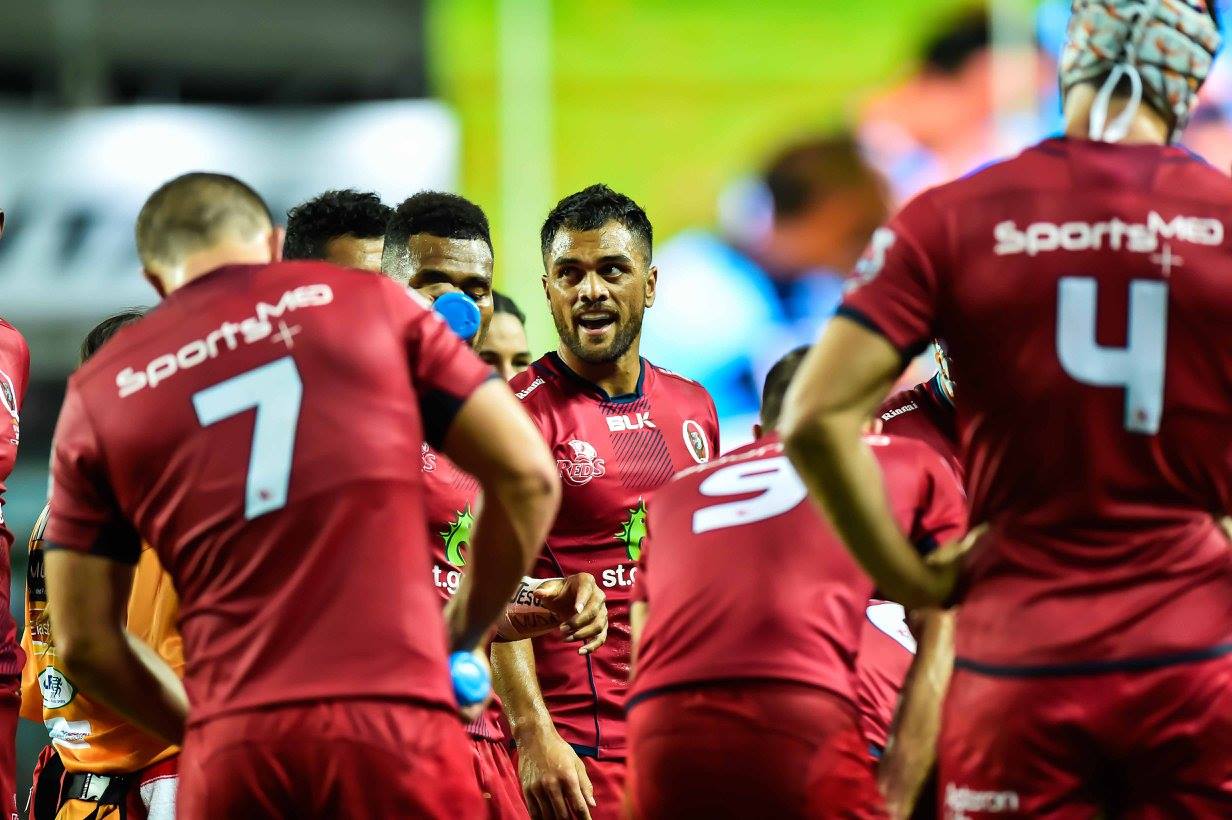 Karmichael Hunt – has been at the centre of everything for the Reds. (Photo by Keith McInnes)

To the delight of many Aussies, IF started the year at outside centre. However, Daryl Gibsons’ plan to get his star Wallaby more time on the ball did not work, in large part to deputy five eighth Bryce Hegartys’ ordinary play.

Izzy was eventually returned to fullback, but statistically, he is down across the board in all major stat categories, such as tries (3), runs per game (7.9), metres per game (70), tackle busts (24), line breaks (5) and try assists (2).

Suffering through the worst of his five years in rugby union, there have even been calls for him to be dropped as the Wallabies’ number 15, an almost unthinkable scenario a few seasons back.

Fortunately for Folau, head coach Michael Chieka is a big fan of the three-code man, and is undyingly loyal to his favourite players. Most expect the former State of Origin star to retain his spot at the back for the Australia in the June tests.

Generally, the three prevailing schools of thought surrounding Folau are as follows: 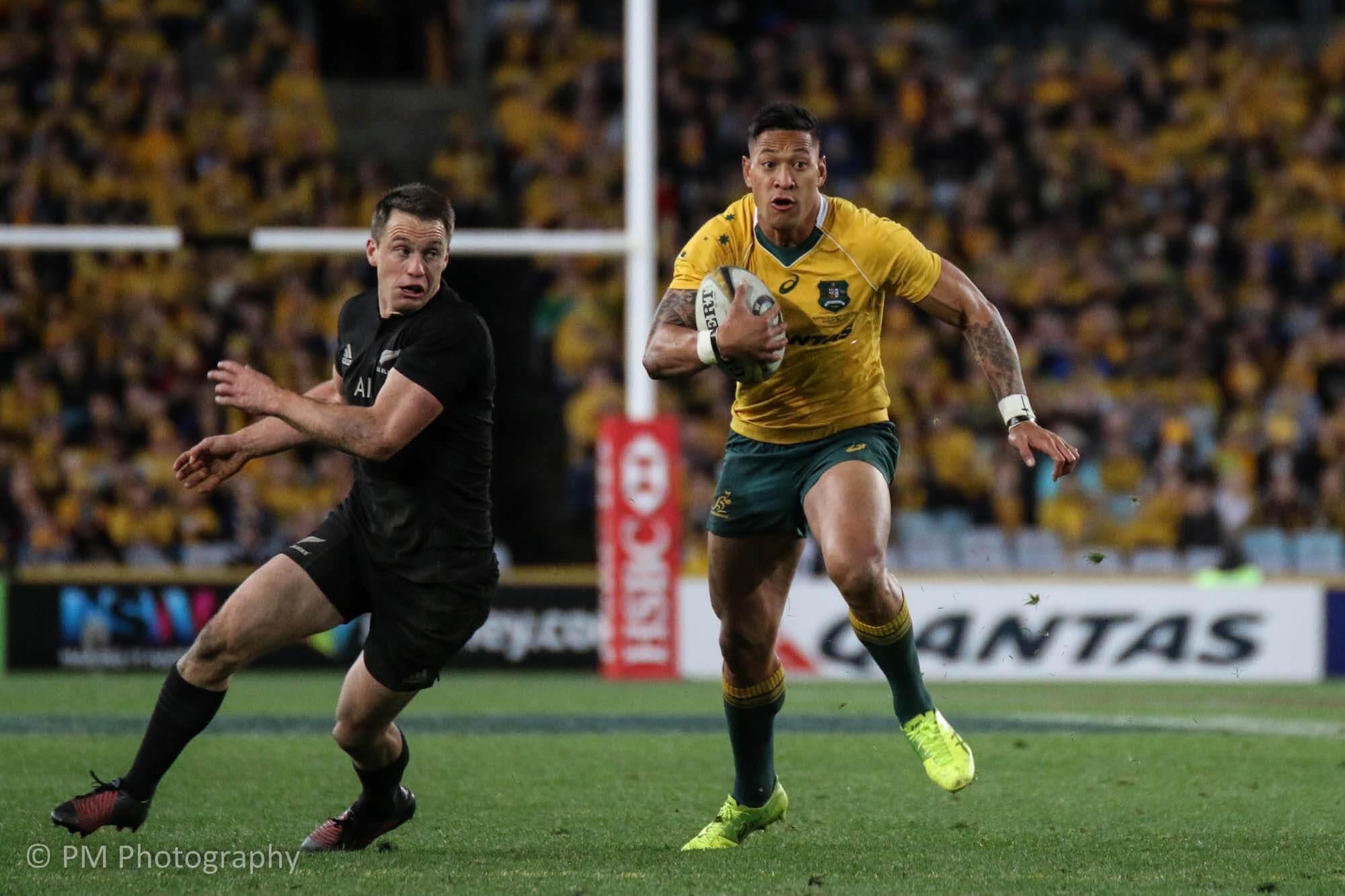 Israel Folau gets around Ben Smith

Whilst the first two are relatively self-explanatory, point (c) is an interesting one. Is a player ever “undroppable”? How does one acquire the “undroppable” tag? Is Israel Folau undroppable?

Errors, dropped balls, unsolicited offloads and a general decline in the elasticity of his running punctuated his play last year, but he was still brilliant under the high ball and was good for one or two loping runs through the oppositions’ line.

Perhaps despite better judgment, he was just good enough to hold off Dane Haylett-Petty from grabbing his spot at fullback. After all, he’s still Israel Folau.

But this year, we’re starting to see more of the same, and at Super Rugby level. He wasn’t as electric as people expected at 13, and he hasn’t exactly returned to his old self since returning to the back of the field.

Now there is a legitimate case for Folau to not feature in the June tests. His previous Wallaby exploits become less relevant. In a team picked on form, he has not been one of the better players, not just at fullback, but in the back three. 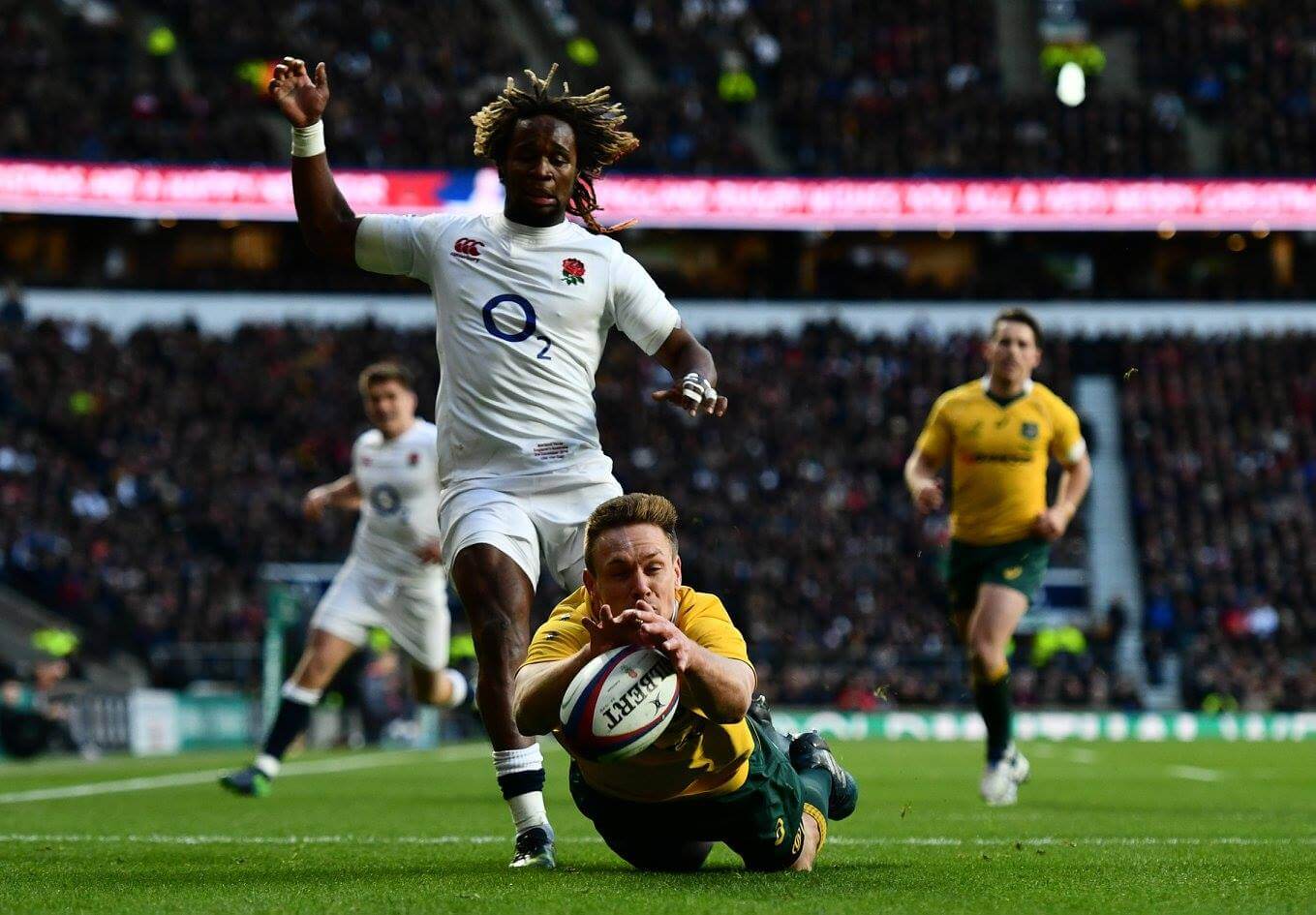 But is he just too good an athlete, too talented a rugby player to not be in the side? Grand Slam winning Wallabies coach turned shock jock Alan Jones certainly does not think so.

“Israel is very overrated. There’s so much hype around (him). He is just another person. No one ever talked about Mark Ella like that,” Jones said.

“Alan’s been around a long time, but I think Israel’s a bloody great player,” Byrne said, “(he’s) chomping at the bit to have the influence in any game he can. It’s very difficult when you’re an outside back to enforce yourself on the game.”

“We’d love to see more of Izzy but when he gest his chances like he did last week, he takes that line break and we get a try.”

Byrne’s right. IF may certainly not be in the blistering form we love him for, but he is undeniably one of a handful of players in Australia who are a chance to score a try with every touch of the ball.

This is not enough to win a Wallabies spot, but what needs to be weighed up is whether or not Folaus’ past exploits in the jersey trump what he is doing in Super Rugby now.

Right now, I say yes, they do. But one slip up and I’m scratching out Folaus’ name and replacing it with Dane Haylett-Pettys’.