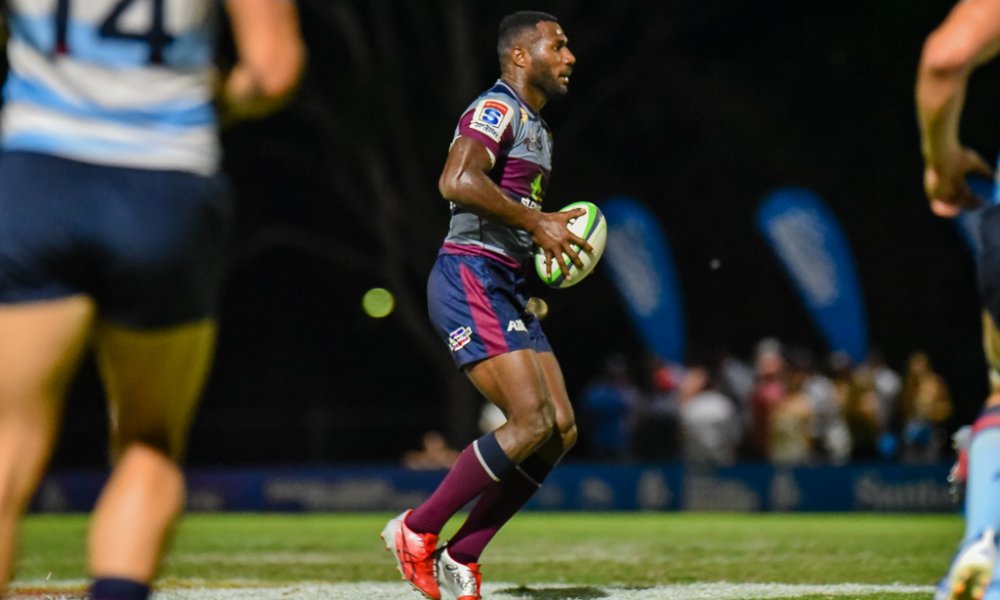 Wednesday’s Rugby News looks at Suli’s slip-up, the battle between the generations of fly-halfs, a Wallabies legend’s shock proposition for Jordy Petaia and the surprise additions to Stan’s commentary team. 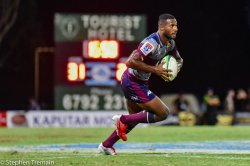 Reds prized recruit Suilasi Vunivalu will miss the opening game of the season after the QRU issued him with a one-game suspension.

Queensland Rugby Union (QRU) confirmed the news at a press conference on Tuesday, with RA Director of Rugby Scott Johnson’s face saying it all.

“Vunivalu has been charged with allegedly pushing a security guard at a licensed venue in Brisbane,” a statement confirmed.

“The matter is ongoing before the court and will be reviewed by RA and QRU once it is resolved.

“In the interim, the QRU have taken the immediate step to stand down Vunivalu for Friday’s match against NSW Waratahs for bringing the club and the game into disrepute.

“The QRU has also issued Vunivalu a formal written warning, a fine of $10,000 and the club will provide Suliasi with counselling and support.”

The former Storm winger was incredibly embarrassed and humbled by the incident, apologising to all parties.

“I wanted to speak today and not hide away but I am constrained with what I can say today as the matter is ongoing before the court,” he said.

“I am embarrassed to be in this position and I apologise to the QRU and my teammates.

“I apologise to the fans and the rugby community, especially in Queensland. I understand the position the QRU have taken. They expect a high standard from players and staff.”

The Fijian-born Vunivalu came to rugby with high regards, having won two premierships and scored 86 tries in his 111-game career with the Melbourne Storm. 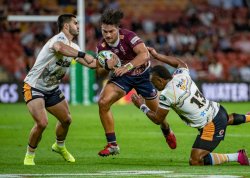 Legendary Wallabies centre Tim Horan believes that the Wallabies and Reds should look to play Jordan Petaia at 15.

Petaia seemed to find a home in Rennie’s side at outside centre, however, struggled towards the back-end of the season.

However, Horan believes that the current lack of depth at fullback opens up the potential for the 20-year-old to shift back to 15 in time for the 2023 World Cup.

“The big thing I think for Australian rugby is that no-one’s grabbed that 15 jersey,” Horan told WWOS

“Tom Banks had a good opportunity last year but didn’t really grasp it, Dane Haylett-Petty has had a go but since Kurtley (Beale) came out of that jersey there hasn’t really been someone to grab it with two hands.

“So I think you look at Jordan Petaia at the Reds and what do you do at 15? Is his best position 13 and Hunter Paisami at 12 or do you say OK, well how much does Dave Rennie have an influence on wanting to push players into different positions?

“I think that would be a great spot for him. He’d have to do a lot of work on his kicking in the next couple of years but you’ve got to look at who is potentially going to be your 15 at the World Cup – you’ve got time.”

Whilst he doesn’t currently have the kicking game to play in the position, Horan believes that it would allow him to get further involved in the action, producing another bold take as to who would replace him at 13.

“He’s our best attacking weapon and it gives him more freedom. I don’t mind him on the wing but I find he gets a little bit… not lost on the wing but sometimes you can’t get involved and we’ve got enough wingers,” he said.

“There’s James Ramm on the wing, you could move him in. 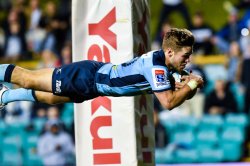 Will Harrison was just nine when an 18-year-old James O’Connor burst onto the scene, becoming the second-youngest Wallaby in history.

Twelve years on, the pair are set to face off to kick-off the 2021 season of Super Rugby AU in the code’s new broadcast deal with Nine & Stan Sport.

Harrison has emerged as one of the players to watch following his impressive form for the Waratahs, who are set to kick off their season against O’Connor and the Reds on February 19.

This earned him selection in Dave Rennie’s extended squad for the Tri-Nations, allowing him to learn from the likes of O’Connor and Rebels flyhalf Matt Toomua.

Having grown up idolising these players, Harrison admits that he was a sponge when he entered the camp, looking to make use of the valuable experience.

“Being around players like Matt Toomua and James O’Connor who have done a lot in their footy careers and have been specialist in multiple positions. I was really a sponge in there and picked up a lot of information,” O’Connor told media/myself.

“Those coaches as well, Dave Rennie and Scott Wisemantel, they have immense experience and they’ve been drip-feeding them into me.

“I was there in the background really learning and making the most of the experience. It was one of those things that money can’t buy.

O’Connor’s influence on Australian rugby has been felt for a decade, with players who used to idolise him like Harrison now coming for his spot in the Wallabies set-up.

Whilst Harrison has got the best of the Reds and O’Connor in their past two meetings, including last week’s trial win in Narrabri, the 21-year-old had nothing but praise for his opposite number.

“He’s a really good fella and a great footballer. He’s done a lot for the game in his long career for Australian rugby,” he said on O’Connor.

“He’s a player I like coming against. I’ve had a pretty good record against him last year, I felt really confrontable in the Super Rugby AU game in round one and then we obviously had the good win against them last year.

“Hopefully we can continue the momentum from Narrabri. I know he wasn’t playing but I’m really looking forward to playing against him.” 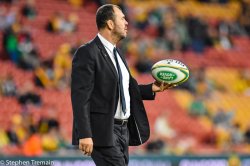 Stan Sport has added to their commentary line-up, with the main surprise being the inclusion of former Wallabies coach Michael Cheika.

He joins everyone’s favourite winger (just ask him) David Campese as the streaming platform confirmed their crew ahead of Friday’s kick-off.

Cheika would have every right to be as bitter as certain previous broadcasters were behind the mic given the way he was marched out of the job/country (I’ll die on this Cheika hill, tell him someone else that could get Foley and Simmons to a WC final, I’ll wait).

However, he looks at the role as a chance to help educate/inform a fresh audience on the nuances of rugby and everything that makes it unique/great.

“I think the less judging that goes on while people are on TV or in the media in general the better. That might be the domain of others,” Cheika told the Herald.

“For me, it will be giving those who are watching a better experience of the game because we want the game to be popular and people to watch it, the ups and the downs.

“I can’t see myself on the microphone asking questions but giving people who are watching the game a different view on the game and insights into what might be happening in the background and on the field.”

The most recent Wallabies coach provides an insight into the current crop of players that not many can provide, which will start on Friday for the season opener between the Waratahs – the team he coached to a Super Rugby title in 2014 – and the Reds.

“[If a] footy player walks out on the field looking not to play well, I know that. I know that from the inside,” Cheika said.

“The guys here at Stan and Nine want a really authentic coverage. I don’t think they want commentators guessing on what’s going on or what could be happening or even judging. That’s for others in the performance side of the game. It’s about explaining the game and what could be happening to the viewer, not commenting about the player.

“If I’m lucky enough to sit in on a match that Australia is playing, there’s two teams that we’re talking about. What I think I can give to viewers is an explanation of what people could be thinking, even with the stuff that doesn’t eventuate.”