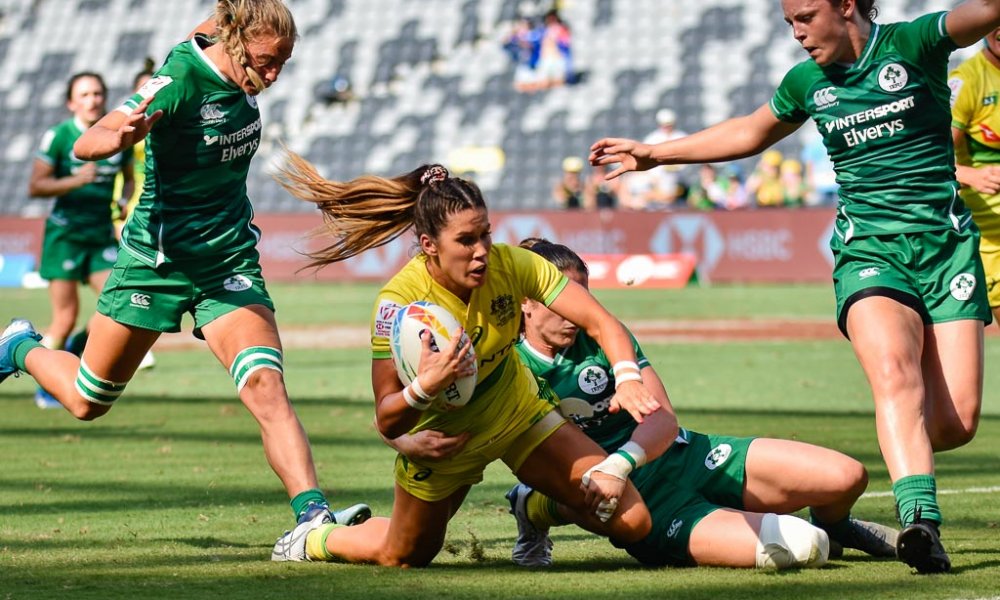 News 24 reports that SA Rugby and local coaches are believed to be irate at Erasmus over his conduct.

Rassie was on Thursday banned for two matches by World Rugby after he posted several tweets highlighting refereeing errors. It followed South Africa’s narrow defeats to Ireland (19-16) in Dublin and France (30-26) in Marseille. SA Rugby president Mark Alexander, was furious after the latest debacle. When probed for comment though, Alexander said they “do not discuss personnel matters in the media“.

It is believed that several local coaches and union bosses feel Erasmus’ behaviour is selfish, that his ban is tarnishing SA Rugby’s image and that it will have a negative affect on SA’s URC teams playing abroad. Speaking on condition of anonymity, a prominent rugby boss said: “We are sick of it. It has to stop now, he has gone too far.” A leading local coach added: “We are so unhappy about this, it is incredibly amateurish and unprofessional. He is the director of rugby in South Africa. There are other teams other than the Boks that also need his attention.” [Be careful what you wish for mate.]

Another coach said Eramsus’ tweets were ironic as South Africa’s referees are “some of the worst in the world”. [You heard it here first] “As director of rugby, Rassie has a direct influence on the performances of our own referees. He sits in referee meetings,” the coach said. “Yet there are blatant mistakes every week. Not only from the referees, but also from the television referees. Why does it only matter if Test referees make mistakes in Bok matches? That’s what makes me angry. How will he feel if we coaches share a video every weekend on Twitter about how bad the referees are. It will turn into a circus.”

The BBC reports that Rassie Erasmus’ behaviour has made South Africa “so easy to dislike”, according to Springboks great John Smit. “It’s hard to defend him,” Smit said. The 2007 World Cup-winning captain told the Rugby Union Daily podcast: “The way he has approached this is not right. Are you telling me Rassie is the only coach frustrated by a call that has gone the wrong way? Something has to be done. There has to be a line that has to be drawn, and he is making it difficult for his team. It’s made us, as a rugby team, so easy to dislike.” [part of the reason, sure] “I honestly believe there should be a penalty for any player who thinks they can help the referee referee the game,” he said.

“The referees have to get control back. Everyone seems to think they have an influence over what the referee should be doing. When I was captain, when anyone else spoke they were disrespecting me, and the referee. Refereeing rugby is incredibly difficult. What we want is consistency and respect, and I think when we start giving that back to the referee the pressure will be off them [and they will] have more consistent performances. I would like referees to get back in charge and not have to defend themselves the whole time. Obviously we would all like referees to have perfect games every weekend. But I think it starts with the players. We have this very masculine, aggressive game in the men’s game, and you watch the women’s [World Cup] final and you don’t see any of that going on. Maybe it is time for everyone across the board to do a little ego check, reset the clock, and get back to what made rugby great, which is being respectful.”

Meanwhile, World Rugby – chief executive Alan Gilpin – said the latest censure of Erasmus was about protecting officials at all levels. “This is about every referee who is, on a Sunday morning, refereeing kids’ rugby anywhere in the world, having permission to do the job properly, and not having every parent on the touchline posting videos on social media.”

Caslick was named Women’s Player of the Year while Koroibete was named in the World Rugby Men’s 15s Dream Team of the Year according to AFP and Nathan “not Sharpe” Williamson.

As Sevens co-captain, Caslick played an integral role in Australia claiming a historic Triple Crown. Caslick was named Impact Player of the Year after finishing the World Series with 85 tackles, 27 line breaks, 38 offloads and 159 carries, putting her 75 points ahead of her nearest rival. This continued into the Commonwealth Games and Rugby Sevens World Cup, becoming just the second Australian alongside Sharni Williams to claim the trio and Olympic gold.

“I think we’ve just had a really fun year,” Caslick said on her success. “We have a great group of girls with Maddi (Levi) and Faith (Nathan – not Williamson) also nominated but the whole squad has been awesome all year. As a group, we’ve really reflected on the past 18 months from Tokyo and that disappointed and really turned it around.”

Koroibete was recognised for his impressive season for the Wallabies, selected on the wing alongside Will Jordan (NZ) in the Men’s Team of the Year. The 30 year old played nine games for the Wallabies in 2022, highlighted by his incredible performance in Adelaide to help guide Dave Rennie’s men to victory over the Springboks.

Ireland dominated the Team of the Year with four selections, headlined by Men’s Player of the Year Josh van der Flier.

Pravda and Western Force PR have announced the 38 man squad for Super Rugby 2023.

The Fortescue Academy program continues to succeed, with five promoted to the senior squad. Including Junior Wallabies captain, 19 year old Ned Slack-Smith, who, after a dominant 2022 season, earns his spot in the backrow group.

Nathan Williamson has outlined the 23 man Team Rehab and/or unavailable for Pravda.

9. Nic White (passed HIA, before his symptoms were upgraded to ‘criteria one’ assessment, based on “balance disturbance and ataxia”, meaning he must sit out for a minimum of 12 days).

11. Andrew Kellaway (fracture to his fifth metatarsal during Ireland game).

14. Marika Koroibete (back in Japan per club agreement)

22. Bernard Foley (back in Japan under World Rugby Reg 9)

G&GR’s own AllyOz noted on 22/11/2022 “The one that shocked me was that the Wallabies have had 3 players rupture their Achilles tendon this year. It’s an injury I suffered at age of 32. The surgeon explained to me that it is reasonably common from the 30 to 40 age group, perhaps due to differences in the impact of ageing on muscle v tendon etc. So the QC one is probably par for the course but the other two players are in their early 20s. It’s not a common injury, I don’t know when I heard of a Wallabies player doing one before this year and now we have three, two outside of the more common age range.”