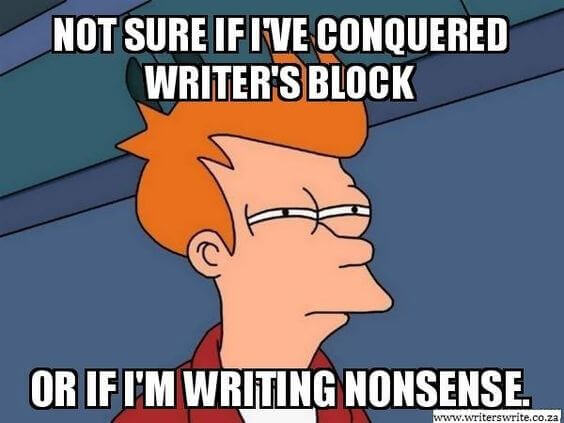 Morning, G&GRs, and welcome to Monday’s Wednesday’s news! Slight hiccup at KARL’s place over the last 24 hours with some ‘life happening’ so, on short notice, here comes Chuck with a bonus day of news, gossip and flat out garbage. No different to any other time I write really. 🤷‍♂️

Australia play Wales this Saturday, where a win will all but guarantee a spot in the quarter finals; a loss could well see the Wallaroos bundled out of the tournament. As Nathan writes for rugby.com.au, “Surviving the Scotland challenge has built a new level of confidence in the Wallaroos pack. Outside of first half struggles with their rolling maul defence, the Australians were dominant across the park, winning the collision battles and earning multiple scrum penalties. They are preparing for a similar outing against a Welsh side that dismantled the Black Ferns scrum, with the Kiwis conceding five penalties. While they will be without tighthead prop Donna Rose, the Wallaroos were well aware of the threat Wales possess, taking the challenge to them. “We take huge confidence from our scrums and our setpiece,” Emily Chancellor believes. “We know there’s still plenty of work ons in our maul defence and attack. Our work around the park is still good and we keep working in pods, looking lethal out wide so watch out.” “It’s still a whatever it takes attitude,” fellow back-rower Grace Kemp added. “Their pack is super strong just like us. They have a lot of key players that take them forward so we’re super keen to go out there and show them what Australia is made of”.

The other matches this weekend could well be interesting, especially as the formula to make the quarter finals is decided by both top two in the pool and then the next two highest on the tables combined across the three pools. At present, New Zealand, Canada and England are set to go through, with France likely based upon their bonus points. After that, it’ll be down to some interesting matchups this weekend, with Italy looking to defeat Japan to give themselves the best chance with the USA to take on Canada in the same pool. Fiji have proven they have a remarkable ability to score points, so France best be on the lookout lest they are surprised. With neither side having played each other, it’ll be an intriguing battle. Bonus points here to either team may well be the difference in making the quarter finals.

All matches are streamed live on STAN.

REFEREE ON THE ROAD

World Rugby have released two further episodes of ‘Referee on the Road’, with former premiership referee JP Doyle taking on the challenge of presenting a rugby themed comedy show at the Edinburgh Fringe, and Sara Cox completing a day as a firefighter under the direction of a Scottish player! Take a look below. I’ve added Ben O’Keeffe’s podcast from the All Blacks page about life as a referee as well.

Well, the news from England about the Premiership gets worse and worse every day. Bosses of the clubs have been summoned by Parliament for a smack from nanny for being ‘bad widdle boys’. The fine ‘journalists’ (lol) at WWOS have explained the serious concerns for the Premiership. Indeed, Paul Smith writes for Rugbypass about where it all went wrong. Or ask KB and he’ll say ’twas the move to fookin’ Coventry’. Either way, there were some diabolical decisions that Covid exacerbated for sure but were ultimately a huge losing gamble.

This does lead to questions about how the allegedly professional game will be run into the future. Wasps have recommended a NFL-style commission to run the game.

As now former CEO of Wasps, Stephen Vaughan, says, “What I would really like is for Premiership Rugby to have real accountability with regards to the leadership group to make decisions. Currently the way it is set up – and it is no fault of Premiership Rugby – it is set up where the owners of all of the clubs are able to make decisions on all of the other clubs and that is just not right. A bit like the NFL and the NBA, who have a commissioner, that would be essential so decisions can be made for the greater good. For an amazing institution like Wasps with some really great talented people, to not be able to continue when there are people who want to invest but they couldn’t because particular parts of governance or parts of contracts don’t allow that to happen that is pretty difficult to deal with because it won’t just be Wasps. It’s Wasps today, Worcester a couple of weeks ago and there will be other clubs in the future, and we need strategic governance that allows the CEO of Premiership Rugby to make decisions.”

England’s senior players are demanding a big say in the future shape of domestic rugby as the Premiership lurches from one financial crisis to another. Injured English hooker Jamie George admits the demise of Worcester and Wasps has awoken all professional players to the stark reality of the sport’s finances and the growing threat it poses to their career prospects. George, who will miss the autumn internationals with a foot injury sustained on club duty with Saracens, has been as shocked as anyone else by the swift demise of two of the 13 Premiership sides who kicked off the season last month, with at least one other club understood to be on the brink of a similar fate.

“This has opened the eyes of a lot of players, to be honest,” said George, capped 69 times by England. “It’s made people realise that rugby isn’t in the place we thought it was. We thought we were comfortable, and that Wasps and Worcester would never go down. Now Joe Launchbury doesn’t have a job. Dan Robson doesn’t have a job and 167 other people at Wasps don’t have jobs. As players we need to recognise that and think: ‘What can we do?’”

Finding the right answers, George believes, will be simpler if the players are closely involved in discussions about where the league goes from here. “I think the players need to be at the forefront of it. Players are going to want certain things and how it works logistically and financially might be two separate things. But why would you not have them in the room? I think that’s absolutely vital. Whether you’re a senior or a junior player, this is a concern. It’s been the darkest week in [English club] rugby history, hasn’t it?

The product on show in the Premiership is arguably the best in the world at present (galling, but true) in how the games are played and refereed. It helps they have potentially two of the top five referees in the world, and probably four in the top 12. But to lose two teams from the Premiership is quite the problem, and word on the grapevine is they may not be the last. Indeed, all the clubs seem to be wracked with debt. Further, I wonder how CVC are feeling about their investment into a competition that, while on screen looks good, is jeopardising the future of the Premiership itself. It will be interested to see what happens post-RWC when a likely player exodus to cashed up French and Japanese clubs may come calling for the top English players who are clubless, as well as the players who will be squeezed out of their clubs by potential salary cap pressures or simply being unwanted. Which goes into the next article of….

WHY IS FRENCH RUGBY FLOURISHING WHILE IN ENGLAND IT FLOUNDERS?

Brian Mortimer writing for Rugby Pass has produced a thoroughly interesting article about this topic.

The demise of Wasps has been a particular shock for the French. This is an iconic club, twice winners of the Heineken Cup, where two Frenchmen – Serge Betsen and Raphaël Ibañez – became cult heroes for the fans during the glory years of the 2000s. How could it go so wrong?

Well, money is a factor, and, as Australians would certainly appreciate, the effects of another code of football being significantly more popular in the UK than rugby, with a very similar perspective of being a ‘rich person’s game’, is not lost on anyone. While every country is absolutely different, there are many lessons to be learned from the French system (for both Australia and the UK). Further, the Irish model of central contracting is starting to look bloody good. But the key for the English game is below:

“In charge of policing the finances of France’s 30 professional clubs is the DNACG (Direction Nationale d’Aide et de Contrôle de Gestion), often described as the “financial gendarme” of French rugby. Each club must submit its budget to the DNACG at the start of the new season and their accounts can be examined on demand at any time; if clubs fail to adhere to their budget they will be fined or, in extreme cases, relegated from the Top 14. In recent years this punishment has been meted out to Grenoble, Bourgoin and Montauban. Sweeney believes the English game needs a body similar to the DNACG”.