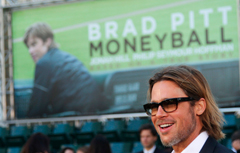 Greetings, G&GRs, and welcome to Wednesday’s Rugby News. Today’s guest article comes to you from ParForCourse. Usual links to things happening around the world below, too. AllyOz will grace our desks on Thursday and Keith will round off our week. As Nutta says, “I hope it’s a pizza pockets day for you all”.

Is this a chronic addict selling the family’s possessions to fund their habit?

Using roughly equivalent figures to what has been discussed for the NZ PE arrangements, RA would get about $185m (possibly more if future Lions and RWC revenue projections included) in a private equity arrangement, for a perpetual cost of 12.5% of revenue (not profits), say, $12.5m plus a year. In
addition, the proposals canvassed seem to accept PE will have some voting rights attached.

It’s worse than a loan because you never actually pay back a dollar of the principal and if the investment is successful the amount you have to pay back grows. That’s the nature of equity you say. But is it? Equity dividends are usually paid out of profits, not revenue and if preferential usually don’t have voting rights.

The impetus for PE appears to be (a) fear the game would fold financially after a $27.1m loss in 2020 with some large accumulated debts on the books and (b) “everyone else is doing it”. “The Six Nations have it, so too do South Africa and New Zealand. They are seven of the top ten nations in World
Rugby. They have financial backing. It’s not a matter of if but when.”

The hope is that funds will be invested so well the game will grow so much that everyone’s share of the pie will be bigger. How much? If RA sells 12.5% “equity” then it will need to increase its overall “value” by more than 14.3% to just get back to where it was. PE will eventually want to exit at a good multiple (including ongoing income received something of the order 20% + pa) so will have higher expectations. If it has voting rights it’ll push to achieve them. What changes will achieve this? Maybe I have narrow vision but the first one I can think of is closer alignment to sports betting. Definitely quick returns.

PE usually exits in 5-10 years but longer term for sports investments. Sport is seen as a diversification strategy, a buffer to the economic cycle and possibly an opportunity to grow the “asset”. When it does exit, to whom? A sports betting conglomerate? A Russian oligarch? Will RA have any veto and if so, at what price?

Apart from Andrew Forrest the main players mentioned don’t appear to me to have a particular interest in the game other than as a mechanism to make money. I wonder how many advisors will be clipping the ticket on the way. If I’ve got the wrong businesses here I’m happy to be corrected:

CVC Capital Partners
Founded in 1981, CVC Capital Partners is a private equity firm based in Luxembourg. The firm prefers to invest in the building/construction, business services, chemicals, consumer/retail, energy/utilities, financial services, healthcare, manufacturing, media, tech/telecommunications and transport/infrastructure sectors. The firm invests in businesses across Europe, the Americas and Asia.

I’d have a greater degree of comfort if RA had provided a clear growth strategy and quantified at least projections for that strategy. What I’ve seen to date is a bit amorphous: “We’ll be creating an endowment fund that will tender to the grassroots,” McLennan said. “We’ll put more money back
into the game at all levels. But it could be bringing the top players back from overseas, investing in infrastructure, grassroots, boys and girls, every facet of the game.”

I like the idea of an endowment fund; it would’ve been a great way to’ve used the windfall from RWC2023. Endowment funds usually work so that the initial capital is invested and the income generated is then used to finance activities. So, this suggests funds are obtained from PE, in return for a percentage of RA’s revenue in perpetuity, then invested to generate income. It seems a convoluted way of funding grassroots, compared to just doing it direct from revenue or from, say, a RWC2027 windfall.

There are clear downsides to PE, including adopting initiatives that risk effecting the game’s values and using the funds on things that are expenses, not investments (e.g., increasing administration costs, one off promotional event, paying for marquee players).

Personally, I think there’s been too much dejection over Wallabies’ and Super Rugby performances in the few years up to 2021. I’m not convinced that a good 2023 SR season followed by a creditable RWC showing won’t bolster revenue enough so that PE isn’t necessary. But if it is done then the injection of funds better achieve something immediate, that couldn’t be done by more gradual growth.

These appear to me to be possibilities for increasing the total “value” of rugby in Australia. However, will they result in a viable more profitable asset in say five years?

* An NPC or national club competition with a broader footprint than Super Rugby, matching the NBL, for example, with teams in South Australia and Western Sydney.

* A mechanism to expand rugby penetration in schools (boys and girls) with integration to clubs.

Aussie trio of Harry Wilson, Len Ikitau and Taniela Tupou look offshore post-RWC. For Harry, in the current Wob environment he might as well go. Nela is fuqed with his Achilles injury. Len is the one I’d be most concerned about leaving (and not only because he’s a pony) – article here

Interestingly, this ties in with the potential squad members for whomever the new England coach is. Gee, the RFU have put that person in a no-win situation. Do you stick with the squad you have, or change it up? It’d take a brave person to take on that poisoned chalice now. Perhaps KB, EP (purely by geography, not through fuqs given) and other dodgers of soap can enlighten us on potential SD sides for the 6N and Bill – article here

World Schools competition has started in the proud rugby nation of Thailand with games livestreamed on RugbyPass’s YouTube channel. Needless to say, the coverage is average and looks like a typically “well organised rugby competition”; hopefully you can all sense my sarcasm.