Bulls hold on for narrow win over Waratahs 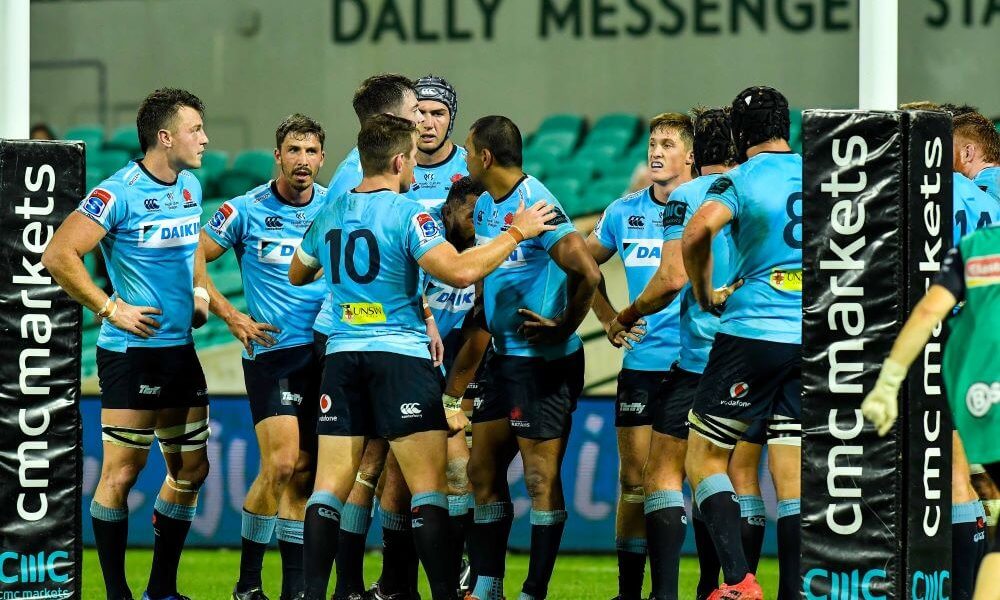 Bulls hold on for narrow win over Waratahs

The Bulls have a secured a narrow 28-21 over the Waratahs, holding off the fast-finishing Waratahs to scrape home in a match which neither team will be happy with their performance. The Waratahs suffered death by scrum (and Peyper), consistently penalised and bullied at scrum time, with the Bulls asserting their dominance, crossing twice to take an 18-7 half time lead.

However, the Waratahs clawed their way back through some expansive, running rugby lead by Kurtley Beale, to tie the contest up with 15 minutes to go. However, Simphiwe Matanzima crossed the line with 10 minutes left to secure the victory for the Bulls, continuing the Waratahs hoodoo in Pretoria, which now stands at 6,265 days since a victory.

The Waratahs would start the game off by kicking the ball away at any opportunity that they were given, putting any fans who had stayed up for the 11 pm kickoff straight to sleep.

It would be the Bulls who would be the first to score, capitalising on a penalty against Rob Simmons going off his feet at the ruck to open the scoring 3-0.

The Bulls would then proceed to extend their lead two minutes later, with Warrick Gelant bursting through a gaping hole to cross untouched, with Pollard making no mistake with the conversion to put the Bulls margin out to 10-0.

The Waratahs would then transform into the Harlem Globetrotters, scoring one of the tries of the year, in a play that included 3 behind the back passes and 7 pairs of hands (mainly the forwards) before Nick Phipps crashed over to reduce the margin back to 10-7. Incredible what happens when you KEEP THE BALL IN HAND AND DON’T KICK IT AT EVERY OPPORTUNITY.

Getting back to the game, the Bulls would strike back immediately, with Duane Vermeulen snatching a Nick Phipps pass from the lineout, racing 50 minutes and fending off Curtis Rona to score. Pollard would miss the conversion to keep the scoreline 15-7 Bulls.

Pollard extended the Bulls lead, booting a penalty shot from over halfway to push the Bulls out to an 18-7 lead after 26 minutes.

The Bulls looked close to blowing out the Waratahs and increasing their margin, but a lovely read in defence saw Rona snatch an intercept, and some expansive rugby turned defence into attack, with Cam Clark stopped just short of the line.

However, the Bulls would proceed to bully the Waratahs at scrum time, earning prime field position after a penalty for wheeling. The first half would end with the Bulls attacking their goal-line, however, the goal-line defence of the Waratahs stood up, holding off the rampaging Bulls to keep the score at 18-7 Bulls at half time 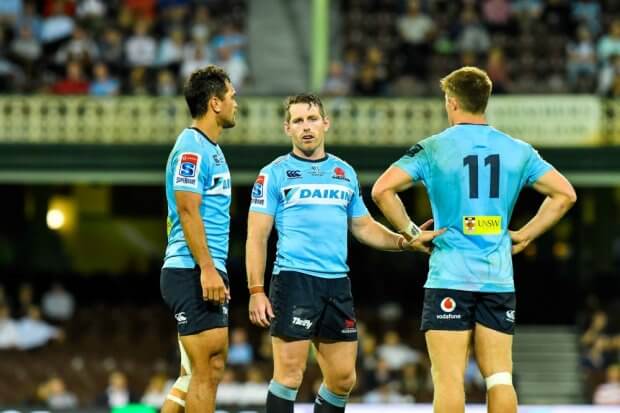 The Bulls started the 2nd half with a gift three points, when Michael Hooper was ruled to have taken out a chasing defender, with Pollard nailing the penalty to push the score out to 21-7.

The Waratahs would reduce the margin to 7 points in the 50th minute after Kurtley Beale burst through the Bulls defence from a scrum 10 metres out, credit Harry Johnson-Holmes for earning the turnover that put them into the field position.

The Waratahs continued to be smashed at scrum-time, with the Bulls earning another penalty, however, Pollard seemed to have changed out of his kicking boots at half time, missing his 2nd penalty of the half.

The Waratahs continued to find luck throwing the ball around, almost finding their way over for a third try, unfortunately for the NSW side, Rona dropped the ball in the process of scoring whilst diving for the corner.

However, Rona didn’t have to wait long for his next opportunity, crossing in the same wing after a blindside move from the scrum saw Lalakai Foketi burst through before drawing the fullback to allow Rona to cross. Foley would nail the conversion from near the sideline to level the score up at 21-21.

The Bulls would take back the lead 4 minutes later after Simphiwe Matanzima found the try-line through a gaping hole after Hugh Sinclair made the bold, but costly decision to go for an intercept on his own goal-line. Pollard would find his kicking boots, converting to restore the Bulls lead, 28-21.

The Waratahs had opportunities to even the match up, however, they were let down by poor handling when it mattered. The Bulls would control the last 5 minutes to secure victory, holding onto the ball to leave Waratahs fans ruing what could’ve been after another tight loss.

Whilst the Waratahs looked dangerous with ball in hand at stages throughout the match, another slow start and a lack of discipline and control have cost the side another close victory, leaving their finals aspirations on life support.

After tieing it up, the Waratahs were right back in the contest, looking like a decent chance to steal the victory, however, Matanzima’s try secured the win for the Bulls.

Tough to give a Man of Match, credit must go to Lizo Gqoboka and the Bulls front row for their strong showing at scrum time. However, I’m giving MOTM to the Duane Vermeulen, who looked damaging every time he had the ball in hand, along with showing his rugby smarts and experience during his intercept try.

Beale was the standout for the Waratahs, sparking their attack from fullback and is putting his hand up for the vacant fullback jersey. Strong games from the likes of Simmons, Clark and Rona, however, the key Waratahs in Foley and Hooper seemed to go missing throughout the majority of the match.