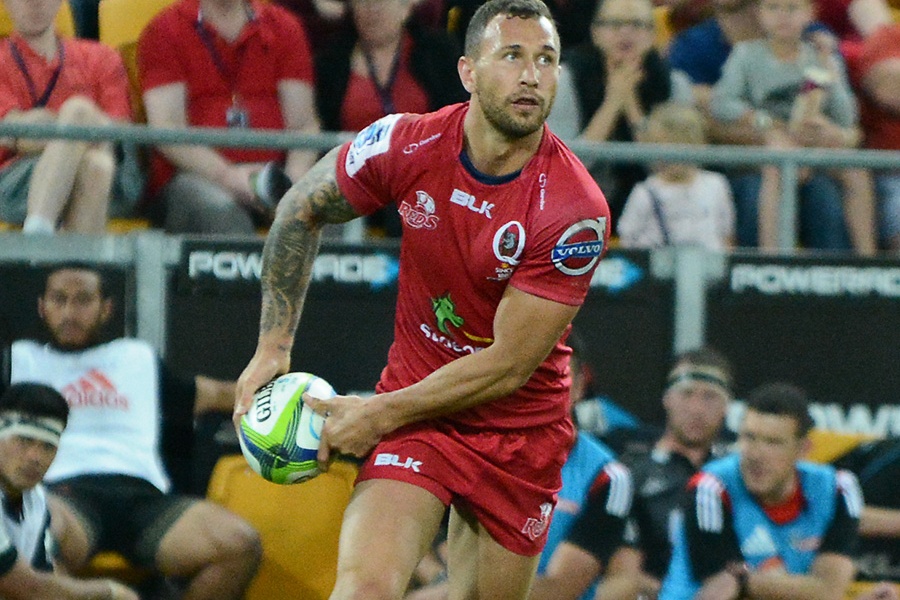 Another week another loss for the Reds, but every cloud has it’s silver lining and whilst senior players in the Reds set up continue to self implode, Reds fans will have been buoyed by the return of probably the most high profile player in Australia, Quade Cooper (at least until he got himself injured again).

The word Maverick often gets bandied about in regards to attack minded players, but I feel that really undersells Cooper somewhat and I think over the last few seasons he has gone a long way to shedding that tag. For some people that’s a good thing, they want stability in a 10 that you may not associate with Cooper, but for others they want a flamboyant game breaker who can grab the game by the scruff of the neck and bend it to his will.

Personally I’m a guy who likes balance, I think there is a place for all of it, but ultimately I want my 10 to drive the team first and foremost. By that I mean I want the 10 to instill cohesion within the game plan and it’s certainly something the Reds have been desperately crying out for.

As before the video clip is split into “Attack” and “Defence” (we’ll focus on kicking later in the season as a separate analysis) and in both sections there are some nice moments and some not so great moments, but after nearly 10 months off you have to expect that, especially with the added pressure of coming back into a Reds team seriously struggling for form.

Overall I think it’s two reasonably positive performances from Cooper, certainly in attack with some nice moments that really show what he could have brought to the Reds as the season went on and it’s desperately bad luck that now sees him sitting out the rest of the Super XV with a fractured shoulder blade. It will be a race against time to get himself back into contention during the Rugby Championship in July.

To be honest I’ve wanted to follow up on the James O’Connor analysis for a few weeks with a look at another of the contenders for the Wallabies 10 shirt in this year’s World Cup. But with pretty much every 10 being steady, but not stand out, there haven’t been any really strong performances to pluck out, and Cooper will be confident of regaining form and mounting a serious challenge.