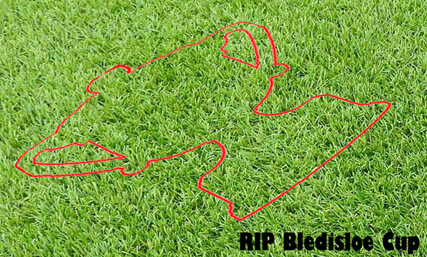 This week we are going to look at some observations from Bledisloe 3. Yes, I know we would all like to forget that abomination from Saturday night, but I think there are some interesting things we need to take notice of. Oh … and apparently the 6 Nations was decided over the weekend too.

Looking at the numbers

I am going to look at a very specific set of numbers here, relating to the scrum halves. Jut for a moment, I want you to compare these stats.

As I said, these are the stats for the scrum halves. Now I’m going to add in another stat.

In game 1, Nic White was busy. He passed the ball 84 times, giving the Wallabies lots of attacking opportunities. In game 2, that slowed a bit and by game 3 he was passing the ball on average once for every 2 minutes he was on the field. Add to that, he only kicked 6 times and carried 4. I know the Wallabies didn’t have a lot of possession, but does that explain why White has such low numbers?

Think about the flow on from that. The number 10 wasn’t getting the ball. Lolesio, as we have seen in SR, works well with quick ball but it wasn’t forthcoming. When White was replaced, McDermott sped the play up, passing the ball just 4 fewer times than White did, despite playing 38 fewer minutes, which helped the Wallabies finally get some front foot ball. But we never got to see how Lolesio combined with him, as he was taken off just minutes after McDermott was brought on. 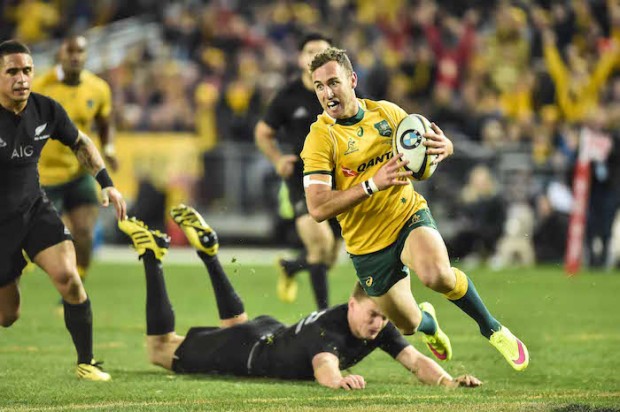 What was going on with the defence?

I think one of the things that we were most looking forward to with Rennie taking over was that players were going to be picked and played in their best positions. Finally, something we had been asking for during most of the previous coaching reign.

However on Saturday night, there was something that I found immediately disappointing. While much was said about Noah Lolesio making his debut at 10, there was no indication that he wouldn’t play 10 in defence. Now as a Brumbies fan, I might have some bias here, but I have seen nothing in Lolesio’s play this year to suggest he can’t defend at 10. In fact I had always thought he was very reliable in the line. But suddenly he was moved back to 15 to defend, something I am sure he wasn’t familiar with.

I am not a rugby player, I think I have said before that when I was young the main options for girls wanting to play sport were netball, softball, hockey etc. Definitely not rugby. Anyway, I can only assume then, that defending at fullback is something you need experience in to do well. I imagine it is very different to defending at 10 in the main line. Would I be correct?

Was Rennie (or defensive coach Matt Taylor) trying to shelter Lolesio from the Kiwi attack by “hiding” him at fullback? If that was the intention, it backfired spectacularly. We all know how talented the AB’s are when it comes to kicking. Imagine their delight when a debutant 10 is defending in an unfamiliar position out the back … of course they are going to take advantage of that. And they definitely did.

There has been a lot of criticism about Lolesio’s game, many are commenting that he doesn’t look up to this level. But look at what he was thrown into. A scrum half who passed the ball only a handful of times, an unfamiliar defensive position and a very determined All Black team. I really hope he is given another opportunity where he is allowed to play to his strengths. 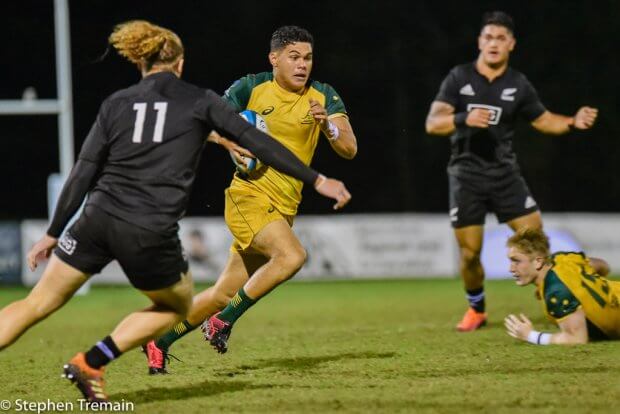 Most of what there is to say about the match has already been said. So here are the stats from all 3 matches so far. What changed for us? What changed for the All Blacks? Did we see the real AB’s in game 1, or were they off their game? 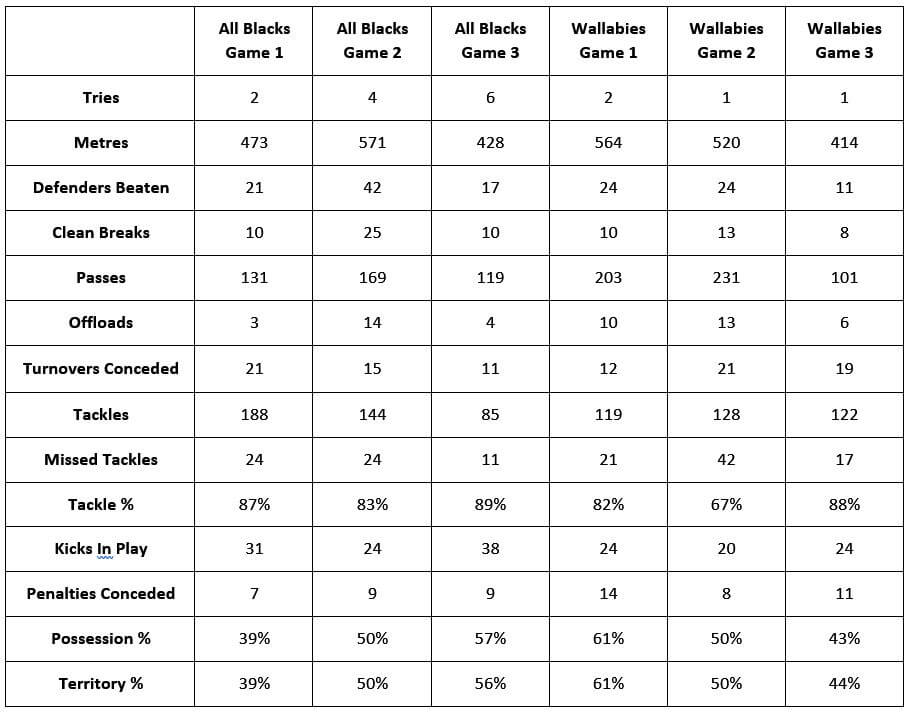 Looking at the numbers, it’s hard to see exactly where we were that bad. The number of passes is less than half any other game, so did we throw away possession without putting it through the hands? Did we lack patience? We tackled better than we had all series so far, kicked around the same amount, but ran less with the ball.

It clearly comes down to what we are doing with the ball when we get it. In matches when we have less possession, I would have thought it would be even more important to hold on to it. Not give it away so easily as we did on Saturday. I wonder if they will learn the lesson for this weekends game?

Can we please stop

Just stop. I think it is time we stop and take a good look at the way rugby fans and the media talk about a certain player. I’m all for calling out a player who is good, talented, skilled etc, but can we stop with all the Superstar, Brilliant etc descriptions? Want an example? I did a quick Google search of one of the players from Saturday night and these were among news articles in the first few results

Obviously they are about Jordan Petaia. You only have to read comments sections and forums to see how much hype there is around him. I’m not saying it isn’t deserved, he is a very good player. But on Saturday I think we might have been seeing one of the side effects of all the superlatives that are used to describe the young man.

Watching him play, he breaks tackles well. But on a number of occasions he undid any good by trying for a spectacular pass. It was almost as though he was trying to do something brilliant or spectacular every time he touched the ball, because that is what “superstar” players do. Unfortunately it came at a cost to the basics of smart rugby such as holding the ball when needed and recycling at the breakdown. Look at some of the best players there have been for the Wallabies. They weren’t flashy, didn’t always look for the “special” play, they had the skills of running, passing, kicking and reading the game.

Take the focus off Petaia, stop making it sound as though he is the Wallabies saviour and let him develop his full range of rugby skills without all the pressure. Then I think we will see just how good he is. 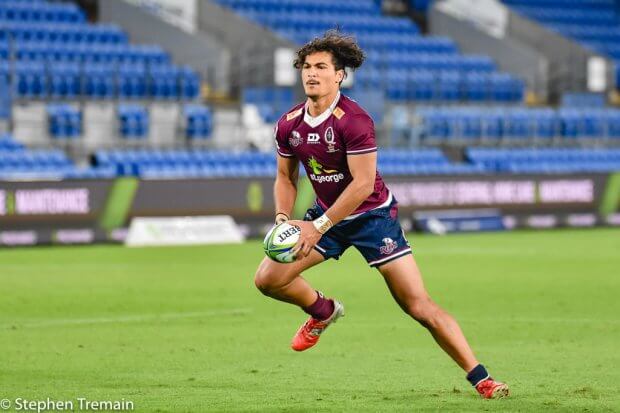 As with most things this year, the 6 Nations tournament could possibly have been the longest ever. It began with Round 1 way back on February 1 when Wales defeated Italy, and concluded over the weekend with a couple of upset results.

Here’s a quick recap of the results from the season.

Going into the final round, England, Ireland and France all had a shot at taking the title. With an English victory over Italy all but guaranteed, it came down to whether Ireland could defeat France with a bonus point (giving them the trophy) or by a margin beg enough to hold out England on for and against. However France weren’t told this and upset the cart by defeating Ireland.

Unfortunately for France, their margin of victory wasn’t enough for them to knock England off the top. Both teams finished on 18 points, however England had a points difference of 22 compared to France’s 21.

Ireland finished 3rd on 14 points, ahead of Scotland, also on 14 points. Wales finished a disappointing 5th, with 8 points and unsurprisingly Italy were on the bottom with 0 points (and a points difference of -134).

You can tell times are tough when you win the 6 Nations and are sent you own DIY presentation kit! Part of me really hopes they had to clean up after themselves too.

(PS Don’t tell Rugby AU that no frills presentations are an option. Imagine the cost cutting with no presentation ceremonies!)