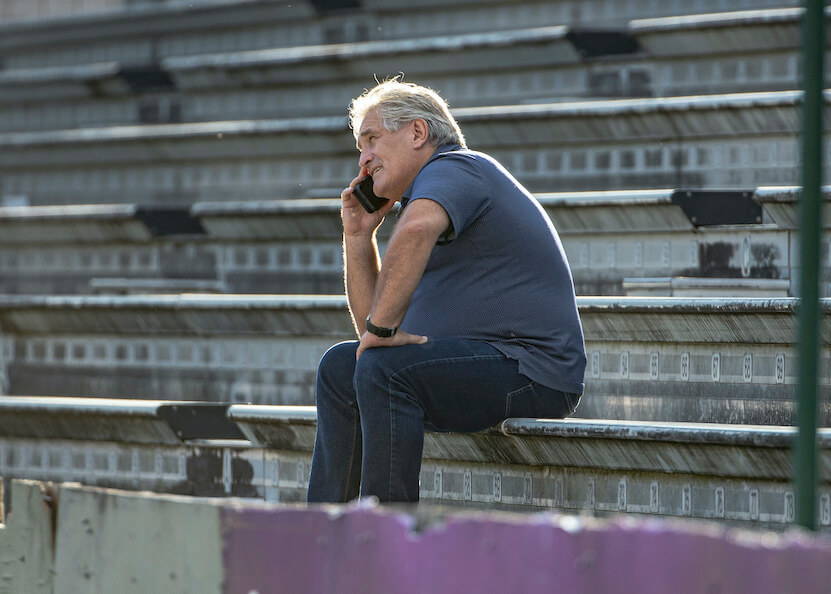 We’re baaaaack! Yes, like the rest of the world, we isolated ourselves. Then we took a peek outside and decided to stay hidden away a little longer because we didn’t much like what we saw. But things are on the up, rugby is back in Oz and hopefully soon we will all be able to go see our teams in person. But here we are, ready to get back in the swing of things. So sit back, brace yourselves and get ready for the Tuesday Top 5!

Well in my opinion it was a pretty successful start to the Super Rugby AU season. Friday night kicked us off with a game many expected the Reds to run away with, especially given the number of changes to the Tahs side. But the young Tahs really pushed hard and I think caught the Reds off guard at times. It wasn’t a spectacular showing by either team, but after months of no training, and training in limited numbers before being able to go into full contact training as a team, it really shouldn’t come as a surprise that things were a bit rusty. There were really good signs from both teams.

Likewise, the Brumbies and Rebels both looked a bit rusty. The Brumbies had scrum and handling issues and the Rebels also had trouble keeping hold of the ball and making tackles (27 missed tackles). But there was some great attack on show, especially from the Brumbies and they put on some good tries. The Rebels kept themselves in the game right until the end, but the lead they gave the brumbies in the first half was just too much.

Based on the two matches we have seen so far, I think it could be a close season. This weekend will tell us more when the Reds play the Rebels, and I am looking forward to seeing the Force in action again. 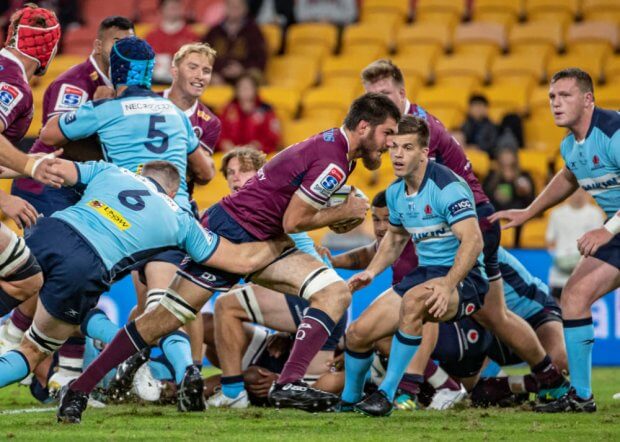 Over in New Zealand, the comp has been going for a few weeks now and two teams are starting to really show they are the front runners. Luckily, those two teams meet this weekend. The Crusaders, let’s face it, it seems impossible to talk about top teams in New Zealand and not mention them, are showing they are still a force to be reckoned with. New (ish) faces like Will Jordan are making a huge impact and they are going into the round 4 match undefeated. The team they will face, The Blues, are also undefeated. Yes, the same Blues who finished bottom of the New Zealand table last year, are undefeated and playing some very good rugby. This weekend the Blues and Crusaders will face off, and wouldn’t it be a great game for Dan Carter to make his debut for the Blues?

The other surprise package of Super Rugby Aotearoa is the Chiefs. They are the only team to have played all other 4 teams, and are yet to win a game. After starting off with a narrow defeat at the hands of the Highlanders (thanks to the son of the new Chiefs coach), they are yet to really hit the mark. Most of their losses have been close, a try or less, but they are struggling to make it work, which must be concerning to coach Gatland.

In the middle of the field we have the Highlanders and Hurricanes. Not much is separating them at the moment, both having beat the Chiefs but gone down to the Blues and Crusaders. They play each other this weekend and should give us an idea of where they each sit in the scheme of things. 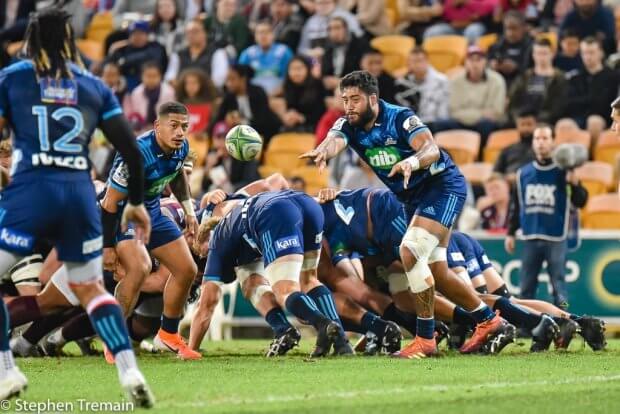 This weekend saw the first use of the new laws that have been brought in. So … what did we think? Yay or nay?

Look, I don’t want to go too much into my opinion of the new laws, but I do want to take a moment to consider the effects of said law changes down the line. Let’s have a look at how the law changes here and across the ditch compare.

There are definitely more changes to the Aussie game. I saw a report on the ABC say that the new laws were to try and get more league fans interested, as they are essentially a variation on league laws. Whether this is the case or not, I’m still on the fence about them. But I risk digressing …

In NZ they haven’t made too many changes, but referees have been told to apply the laws more strictly. This resulted in a lot of penalties in the early rounds as players and refs both adjusted, but we are seeing that number drop. And this is where I am looking to the future. While over here we are practicing kicks to touch that will gain us an advantage on the field, and trying to remember what happens if we ground the ball in goal (you could actually see Tom Wright look a little unsure at one point on Saturday night), over in New Zealand they are practicing being absolutely precise at the breakdown in both attack and defence.

So which laws will be applied during the Bledisloe? The ones we are training at or the “normal” laws which the Kiwis are currently perfecting?

Events of the “break”

Being our first Top 5 after everything that happened in the mid-year, forced mini off-season, I thought it might be interesting to look back on it quickly, and see what, if any, run on effect it has had on the view of the fans.

The biggest event would have to be the mess around Castle, the letter and the part that certain sides of the media played in the whole mess. Oh and Phil Kearns.

While a lot of people were just glad to have rugby back, if social media was anything to go by the fans have not forgotten about what happened, and have definitely not forgiven. For years there have been complaints about the “commentary” of Kearns. I am hesitant to call it commentary as it often resorts to “cheering on” if the Tahs are playing, and he spends little time actually calling what is happening, he prefers to give his opinion on what he thinks should be happening.

And judging by what I saw over the weekend, I am not alone. Social media was ablaze with criticism of our pal Phil. From his negativity to his referee bashing to his unhidden bias for the Waratahs, it was all on display and noticed by the fans. Seriously, open twitter and type Phil Kearns in the search box! Here are just a couple out of the many, many tweets that popped up.

Is Phil Kearns the most biased delusional commentator in Australia at the moment? #SuperRugby #superrugbyau

Ahhh yes. 29 mins in, and I already want to throttle Phil Kearns for his inaccurate and ignorant commentary. RUGBY IS BACK, BABY!

Phil Kearns is a lot like Covid. There’s no vaccine to cure it, and for now, we just hope he goes away.
For someone who aspires to run Rugby Australia, his commentary bias is atrocious #fail #superrugbyau #REDvWAR

There is even a change.org petition going https://www.change.org/p/fox-sports-sack-phil-kearns-from-the-commentary-box?recruiter=25075121&utm_source=share_petition&utm_medium=twitter&utm_campaign=psf_combo_share_initial&utm_term=share_petition&recruited_by_id=25f4f160-a59b-0130-c253-3c764e046567

Kearns has never been the most popular commentator. But have the events over the break made him even less popular? It seems to me the hate is just a little bit stronger, the outcry a little louder. No doubt it won’t change anything, but having Kearns in the commentary box, especially during Waratahs matches, is a great way for Fox Sports to lose the few remaining rugby fans they have left.