Tahs break through for first win of the season 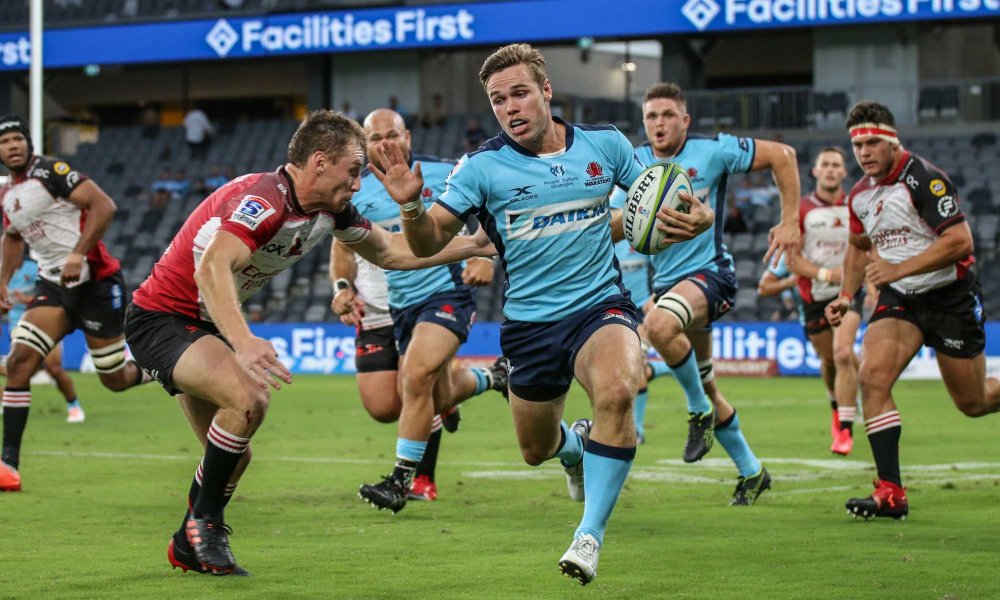 Tahs break through for first win of the season

The NSW Waratahs have arrested their 2020 campaign freefall with an off-the-canvas 29-17 victory over the Lions at Bankwest Stadium. The Tahs were desperate for a victory in front of the home faithful as they looked to avoid a season-ending 0-4 start to the season. Fans will be buoyed by the return of some entertaining attacking rugby and could’ve been even happier, if not for a poor kicking display and some head-scratching second half plays.

The Tahs got off to a flyer in fast, dry conditions in western Sydney. The crowd had hardly taken their seats before rookie prop Angus Bell dived over for his first Super Rugby try. A promising build up in the Lions defensive third was opened up by a scything run around the back of the ruck by Hooper who despite being taken to ground, got the offload to Bell on the inside. The big fella showed pace and acrobatics belying his 123kg frame, looking like a mix of Matt Dunning and Matt Giteau with a semi-swan dive put down. Conversion successful.

Hardly three minutes had passed since the first try and it was more bad news for the Lions. The Lions had their first attacking movement into the Waratahs 22 but this came to a screeching halt as the TMO found lock Ruben Schoeman guilty of a gentle forearm to the face of Rob Simmons and received a yellow card.

The Tahs took immediate advantage of the extra man. They advanced from a lineout on halfway towards the 22, when flyhalf Will Harrison found a rampaging Angus Bell in a gaping hole. The ball quickly found its way out to the right, Hooper again involved with a cut-out pass to Robbie Abel who unselfishly found Lachie Swinton for another acrobatic finish in the corner.

Not long after the kick-off, the Lions got on the board with a penalty through skipper Jantjies.

The dry conditions were really playing into the hands of the Tahs’ backline who flung the ball from side to side with gay abandon in the first 20 minutes. A passage of such play soon resulted in a try for Dempsey. A Maddocks advance into the Lions half preceded a sweeping move all the way to the left, then all the way back right, where Karmichael Hunt popped an offload to Maddocks and then to Dempsey who continued the forwards’ try party.

Jake Gordon went off injured with a hamstring strain not long after.

Some promising Lions play soon ensued and the yellow card dished out to them was repaid with a yellow card to try scorer, Lachie Swinton. As the Lions moved upfield, the TMO called out to referee Angus Gardner, who after much deliberation carded Swinton for a late shoulder on Jantjies.

Not long after, the Lions took advantage of their player advantage. The Tahs pack were no match for a powerful Lions maul off a 5-metre lineout, and Marnus Schoeman barged over off the back.

This signalled the Lions entry into the game as the remainder of the first half played out with even spoils. The Lions had more possession and the Tahs had greater territory, and the score sat at 19-10 at halftime. 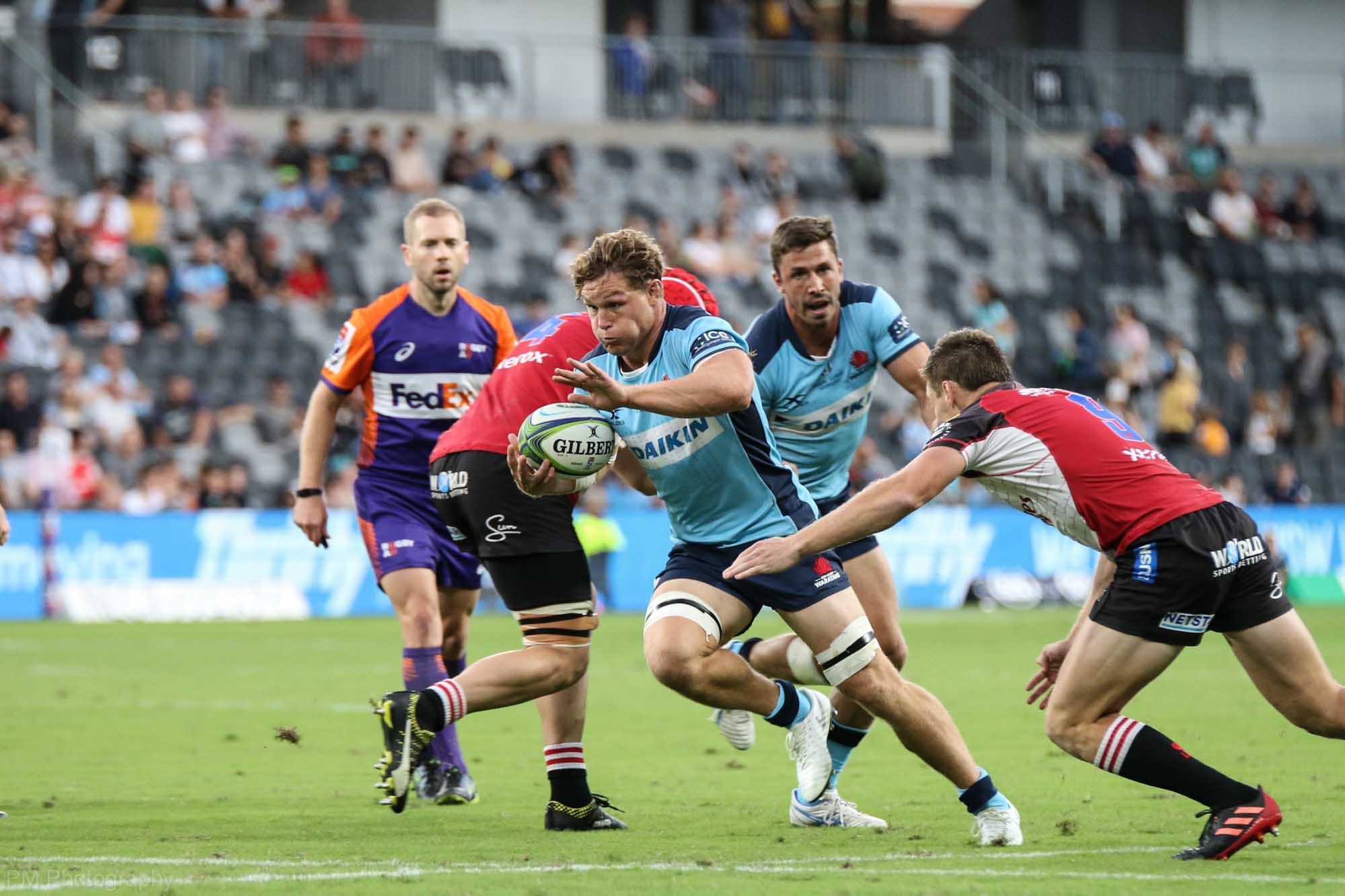 The early proceedings of the second half were punctured by some questionable attacking strategy from the Tahs and errors on both sides. The Lions had caught on to the Tahs side-to-side play and committed to a rush midfield defence which forced the Tahs into several momentum-killing grubbers and poking kicks behind the line.

The dull start to the second half was soon brought alight with some scintillating Waratahs counter-attack resulting in the try of the round (so far). A dangerous Lions foray into the Tahs half came undone with spilled ball which was picked up by Hooper who found Beale then Maddocks into the attacking third. The uniterrupted play then found the hands of Newsome, Beale, Staniforth, Harrison and then McCauley who through the final pass for debutant James Ramm to go over in the corner. Breathtaking stuff. Harrison missed the third conversion in a row.

In the 63rd minute, the Lions bit back with another try to Schoeman following a line-out and maul on the Tahs line. The strong maul forced the Tahs to over-commit and left the defensive line reeling, unable to cover as the blindside flanker went over under the black dot.

The Tahs missed 2 penalty attempts in the final quarter as they tried to extend the lead beyond 7 points. But it was not to matter, with a slick line-out play featuring Dempsey, Fitzpatrick and Hooper eventually finding Tetera Faulkner for a meat pie in the 77th minute. 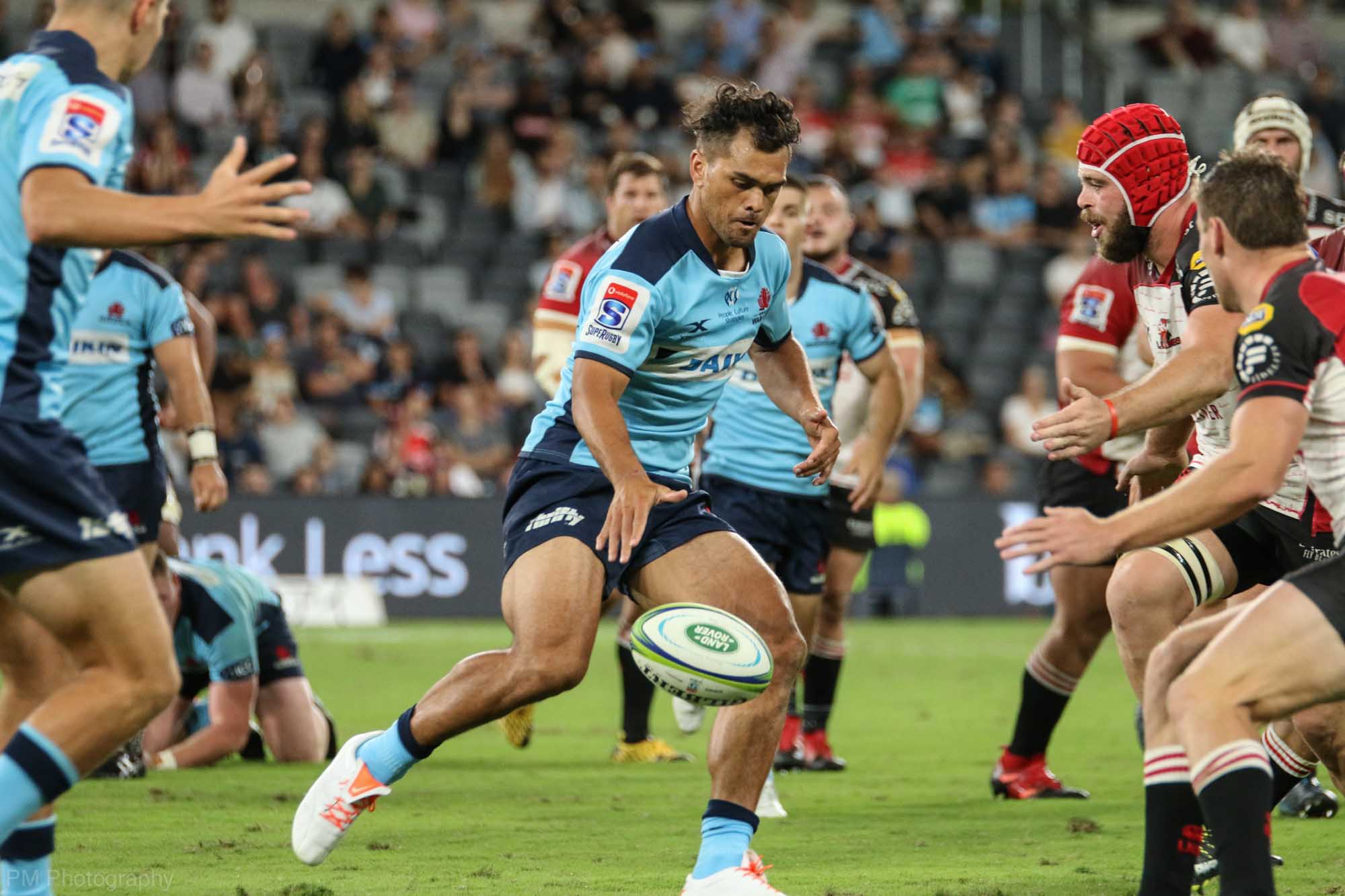 The Lions looked to have halted the mercurial attacking play of the Tahs early the second half, but the shackles were broken at the 55th minute mark with the wild counter-attacking effort that saw James Ramm go over and the score extended out to 24-10.

Tonight was the coming out party for rookie flyhalf Will Harrison, pulling the strings for the Tahs’ first 20 minutes of dominance, and certainly their best period of rugby for the season. However, for an 80min performance the GARG MOTM goes to Michael Hooper for a valiant attacking and defensive performance. Got one turnover, multiple stinging hits in defence and had a hand in all four tries.

Lots to like about young prop Angus Bell with his best performance for the season, same with flyhalf Will Harrison, whose opportunity is not too distant considering the open race for the Wallaby 10 jersey (or at least the reserve behind Toomua). Not a lot to note from fringe Wallabies Dempsey, Maddocks and Hunt.