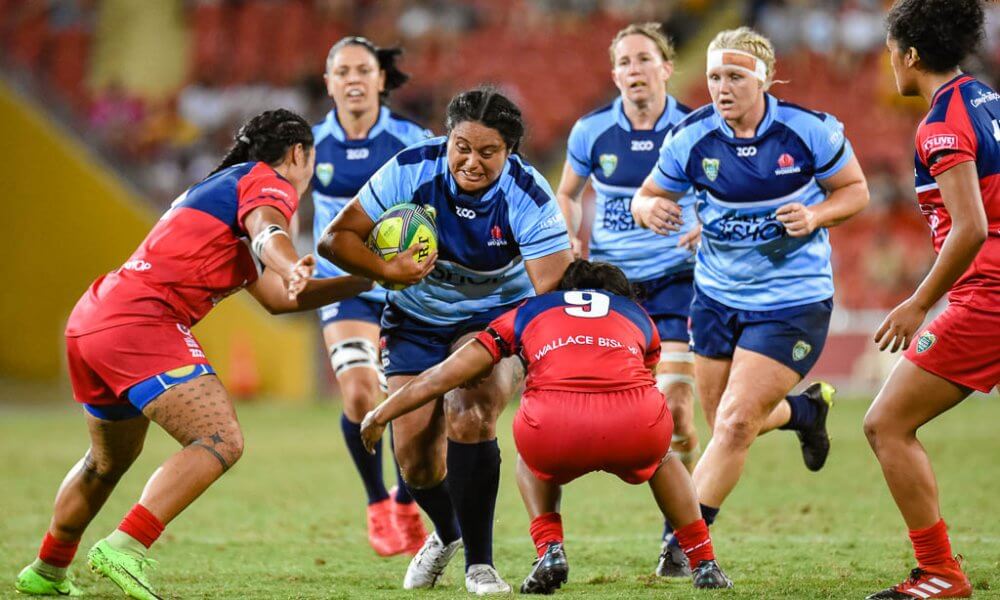 The new you-beaut national women’s rugby comp kicks off this weekend in another positive step in the continued growth of the women’s game in Australia. Hot on the heels of the AON National University 7s last year, Rugby Australia have formalised a more structured national XVs comp giving the traditional format of the game it’s lacked for many years.

As the National 7s Series helped boost the performance of the Australian 7s team, it is hoped that Super W will do the same for the Wallaroos.

While this year’s competition will be amateur, there are positive signs as Buildcorp, Smartgroup and Accenture have all jumped on as sponsors, no doubt helped by Fox Sports’ commitment to broadcast each game (albeit not live).

On Saturday at Suncorp Stadium, Queensland will host New South Wales in the first match of the tournament, with the Force hosting the Rebels on Sunday.

About a month ago as Day 2 progressed rather uneventfully in the occasionally interesting International Global Tens event at Suncorp Stadium, something happened that stirred the somewhat apathetic crowd.  NSW played QLD in the Grand Final of the Women’s competition. As the game wore on, and both teams threw everything they had at their opposition, those watching began to realise they were watching something special.  Botille Vette-Welsh’s early try for the Blues from a pinpoint Ash Hewson kick was all class and it took to the final moments of regulation play before QLD’s dynamic fullback Samantha Treherne crossed to even the scores. The tension grew throughout extra time until the teenage sensational Alysia Lefau-Fakaosilea produced arguably the hit of the tournament before dashing away for the championship winning try. It was the highlight of the weekend and it’s been a long four weeks to wait for fans to get some sort of replay.

In a team that features 10 internationals, it seems odd to point out the teenage rookie. Nor should we be placing unnecessary pressure on a schoolgirl, regardless of her talents. But it’s hard not to get excited about Alysia Fakaosilea.  She’s not a complete unknown in Australian Rugby circles, having been a standout in the National 7s last year, and having played in a number of development teams. Regardless this was somewhat of a breakout performance and if it wasn’t her rugby skills that were catching the eye, it was her matter-of-fact response to them that seemed to indicate a maturity beyond her years.

I am not sure how the Queenslander players felt during the game, but while watching the Grand Final, there was one player I feared more than any other that would bring the win for the NSW team – experienced Wallaroo Ash Hewson. Hewson was superb in the tournament and particularly in the final. Her skill was evident in the cross-field kick to Vette-Welsh, but her passion and commitment was on show throughout, particularly at half time. One can only imagine the steely determination that has been bubbling around inside of her this past four weeks as she has quietly awaited retribution.

I’m very worried about this one as the NSW team will be out for revenge. I’ll stick with the home ground advantage (hopefully with a decent home crowd) and say QLD by 3