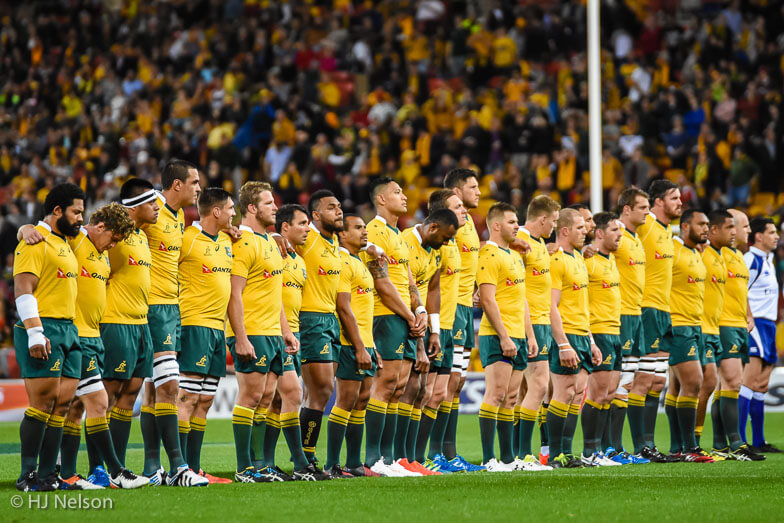 If it wasn’t for the all-conquering All Blacks you could say that the Rugby Championship was an even competition with the Springboks, Pumas and Wallabies all winning one out of three matches and the margins for the matches not involving the All Blacks being 7 points, 2 points and 6 points.

The Wallabies – 2016 started with a 3-0 demolition by the Eddie Jones coached England at home and the continuing All Black dominance in the Bledisloe Cup. This theme seemed to be continuing at Suncorp last week when the Springboks led 14-3 after 20 minutes. Thankfully for the Wallabies they were able to hold the Springboks to one penalty goal for the rest of the match to score their first win of 2016.

The Pumas – have had two close matches against South Africa and stuck with the All Blacks for 50+ minutes before being blown away. The Pumas will be pushing for their second win in a single Rugby Championship for the first time and the year of the majority of the team playing together for Super Rugby’s Los Jaguares will help them push towards that goal.

Michael Cheika has made one change to his starting XV naming Rob Simmons in place of Kane Douglas.

NSW Waratahs prop Tom Robertson, who literally answered the call from the Wallabies at half time of the NSW Country Eagles’ Buildcorp NRC match v Melbourne Rising on Sunday and hard hitting Melbourne Rebels backrower Lopeti Timani, are both in line to make their Wallabies debut from the bench. (Although there is still a player from the bench to drop out).

Henry Speight is also in line to replace Drew Mitchell on the bench.

Brumbies scrumhalf Tomas Cubelli has been named to start for the Pumas on Saturday. He is one of four changes to the starting XV for the Pumas. The other three inclusions to the starting XV are Juan Manuel Leguizamon, Lucas Gonzalez Amorosino and Santiago Gonzalez Iglesias. There has also been some reshuffling within the XV with Javier Ortega Desio and Matias Moroni changing positions and Santiago Cordero swapping wings (or at least jersey numbers).

Gabriel Ascarate is a new addition to the Pumas’ bench.

Fly halves Quade Cooper v Nicolas Sanchez: Both players offer plenty of creativity. Cooper seems to be still finding his way back into the Wallabies structure. It will be interesting to see how Sanchez’s game is impacted with his regular halves partner for both the Pumas and Jaguares Martin Landajo starting on the bench.

Number Eights David Pocock v Facundo Isa: Isa has been extremely busy in the Rugby Championship 2016 he has made 43 carries (1st in the competition), made 172 metres (6th), beaten 11 defenders (3rd) and made 4 clean breaks (equal 5th). David Pocock has laid 31 tackles which is 6th in the competition. Pocock has also had some discipline issues conceding 5 penalties. (Or given some of their similarity in stats such as carries and metres gained perhaps it should have been a comparison between Isa and Israel Folau despite the fact they play in vastly different positions).

Hooker/Captains Stephen Moore v Agustin Creevy: as both captains and hookers will play an important role. Creevy has a 96% accuracy at lineout time whereas Moore’s is down at 72%.

Scrumhalves Will Genia v Tomas Cubelli: It will be interesting to see how Cubelli steps up to the starting role. Both players’ role at the base of the ruck will have a significant impact on the game.

The Wallabies game plan could almost be called the “Doubles”. The Double 10s with Quade Cooper and Bernard Foley and the Double Openside Flankers with Michael Hooper and David Pocock (aka Pooper).

The plan with the double 10 is to create extra creativity, flexibility and unpredictability into the attack. The reason for the two openside flankers is because Hooper and Pocock are both too good to leave out of the starting XV and Cheika would prefer Pocock played out of position than not in the XV. There is still a reasonable amount of criticism as to the effectiveness of Pooper.

The Pumas have some quality hard working forwards with the likes of Facundo Isa, Pablo Matera, Matias Alemanno and Agustin Creevy who will provide headaches in both attack and at the defensive breakdown for the Wallabies and will provide a solid platform for the rest of team. They also have creativity in the back line and the ability to play ball in hand rugby when provided the opportunity.

With remaining matches in Pretoria and at Twickenham (thankfully not in Buenos Aires) if the Wallabies want to avoid the wooden spoon this is a must win match.

This will be a fiercely contested match.

With the home advantage and what appears to be a more effective bench: Wallabies by six.