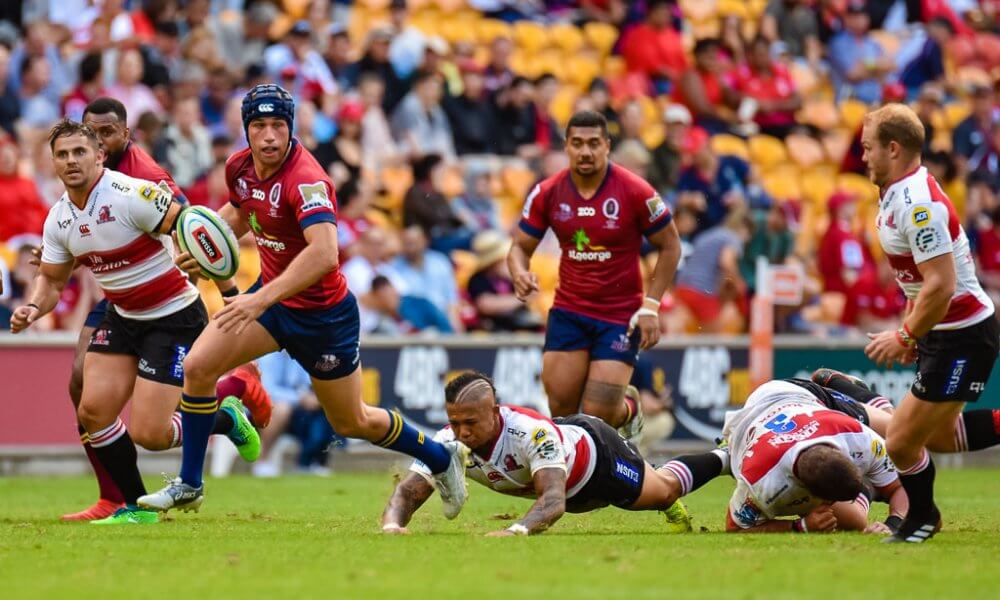 I’d open with something classy about the Lions lying in wait for the Reds but there is a good chance that Queensland made it to South Africa before the Lions made it back from Argentina after their loss to the Jaguares. Perhaps a full day earlier!

Unusually, for me, I’ve done the hard yards and watched the Lions dawdle against the much more fancied Jaguares. It was uninspiring, to say the least. The Lions forwards didn’t win the set-piece battle and had little impact in general play but were respectable in defence until the last third of the game. their halves seemed to be phoning it in, happy to move the ball on without creating anything.

The Reds on the other hand nearly held their own against one of the best-drilled packs in the competition. In fact, I believe it was only youthful exuberance that let the Reds forwards down, pushing a pass here and running away from support there. Flyhalf Issac Lucas felt the heat of the Brumbies rush defence early on and fought his way back as the game went on. Queensland has decided to run Lucas off the bench this week and let the vastly experienced James O’Connor start at flyhalf.

Let’s face it O’Connor has never set the world on fire at flyhalf but I’m willing to see how it pans out. With three other players in the squad who have played there for the Reds, there are plenty of options if things don’t work out.

The Reds touched up the Brumbies in set-piece last week. The return of Izack Rodda and JP Smith will only make them stronger. While, as I write this, the Lions side hasn’t been announced there is an opportunity for the Reds to dominate the area. The only cloud on the horizon is two front-row debutants on the bench.

Jantes is South Africa’s version of Quade Cooper with less talent and without the good sense to ditch the silly haircut. He’s up against the new and improved James O’Connor who has returned to his home state seeking redemption and looks to be doing a pretty good job of getting it.

I haven’t watched O’Connor play at 10 since Robbie Deans picked him there, out of position, against the lions instead of Cooper and set him up for a hiding to nothing. Seven years later O’Connor is a different proposition and Jantes looks completely off his game. But who know what could happen in a week.

Before I watched the Lions game against the Jaguares I’d predicted a win for the lions but having watched that game I believe the Reds must be Favourites for this. I think set-piece and general forward play goes to the Reds. Tate McDermott should have it over, Andre Warner at halfback and O’Connor, Stewart and Petaia will be a brick wall in the midfield
Reds by 17.

Damn it. The teams out. New halfback. Okay.