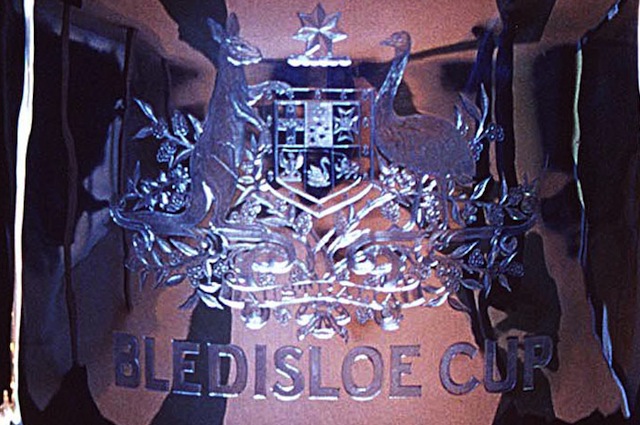 It’s the last chance saloon for the Wallabies Bledisloe dreams of 2021, while the All Blacks just keep doing All Black stuff and looking awesome and stuff. Oh and humble, I forgot how humble they are.

It was a mixed start for both sides with dropped catches and knock ons all over the park. Australia committed the biggest crime by gifting another cut out pass directly into the arms of NZ centre Rieko Ioane who ran … well it was a long way to dot down under the posts. The All Blacks a good enough already, they just don’t need a leg up with free points from the Aussies. The Wallabies got a score back with a cross field kick to Andrew Kellaway who stepped in side the cover defence and scored out towards the sideline. We missed the extras, so the Kiwis were leading 7-5 after 20 or so minutes.

Just as things looked to be evening up, Rieko put Akira into space, who ran… Well it was a long way, sucked Kellaway in and passed to McKenzie who in turn passed to Retallick who dotted down under the posts. The wallabies decided to have another go a handing the All Blacks points, this time via a stupid kick in their own half down the opposition’s throat. The Kiwis kept it tight this time, and eventually Ardie Savea smashed his way over for the try. Right on half-time QUEENSLANDER Tate McDermott sniped from a five-metre scrum, stepped Papalii and ran… Not very far then, dotted down under the posts. The half-time score was 21-15 to New Zealand.

After the half-time break, Australia played another game of let’s give the All Blacks the ball and they used it. Despite Ardie Savea have ten minutes in the bin to figure out how QUEENSLANDER Tate McDermott fended him and dragged him 10 metres up the field the Kiwis through Aaron Smith who ran… Well it was a long way then put Codie Taylor away for the try.

The old saying asking what the definition of stupidity is has never been truer of the 2021 wallabies as their third intercept from an unnecessary cut out pass cost them again. This time it was Sevu Reece who ran… Well it was a long way and dotted down for the try all by himself. Mo’unga slotted the extras and all of a sudden the game and the Bledisloe looked gone as the All Blacks lead 38-15 with 20 minutes to go.

As the rain started to pour down on Eden park, I find myself screaming ‘stop it, they’re already dead!’ but the All Blacks keep going and score more tries though Codie Taylor and Will Jordan. Kellaway managed another score for the Wallabies, but by that stage it was a lot to nowhere near enough, and it really didn’t matter.

Time was up, but the Wallabies tried for a consolation try, but a senior Wallaby found himself on the right wing without many options and decided the best course of action was to kick the fucking ball right down the throat of the all Blacks fullback. Once that was done, the only result left was an All Black try, and that was exactly what happened. That’ll do me.

dumb rugby all through the game cost the Wallabies on the scoreboard. My game changer is the space between our players ears.

Ritchie Mo’unga is our MOTM.

Queenslander Tate McDermott went pretty bloody well. that should be the end of To’omua’s Wallaby career. Resting LSL and Wilson at the same time seems to have hurt the Wallabies in defence.