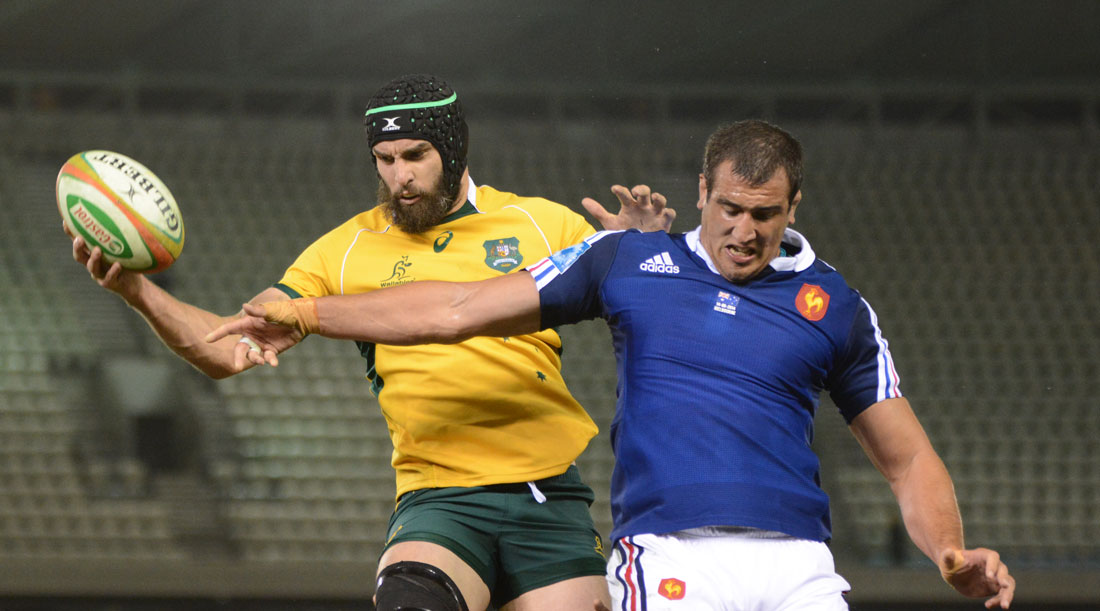 Happy Monday, G&GRs, and welcome to another week of news from your favourite bunch of craparazzi! Well, goodness me, what a weekend we had! There were women’s RWC semi-finals, the northern international series, World Series Sevens and RWC2023 qualifiers. Oh boy, so much to watch yet so little time! Thankfully, a perk of Stan is the mini matches and highlights which are a welcome addition to the viewing weekend. Hope your Monday isn’t a Garfield one!

If you happened to switch on your telly on Saturday afternoon I daresay you’d have been treated to two of the best rugby games you’ll ever see. I know for myself that the games were absolute thrillers and a testament to the quality of the four teams involved. Not only were both games close, but they were jampacked full of amazing attack, deadly defence and everything in between. Indeed, I think I enjoyed these games (even a neutral Karl was bricking it!) more than any of the blokes’ games.

Though the match reports are below, I cannot recommend to you folks more – watch the games! On Saturday night, we’ll have the bronze play-off between France and Canada before the World Cup Final between New Zealand and England. I can’t even think of the superlatives to describe how excited I am for these games. Will the English Roses extend their world record win streak to 31 matches, or will the Black Ferns win their home tournament? Either way, rugby will absolutely be the winner. Indeed, The Rugby World Cup 2021 has so far attracted 107,600 fans, the most of any women’s Rugby World Cups, across the three match venues in Auckland and Whangārei and five weeks of competition. Tickets to the Final have become hot property, with 8000 tickets sold in the immediate aftermath of the New Zealand victory. Tournament organisers are working with Eden Park authorities to release the maximum number of tickets to the public in what will surely be a new world record for a women’s match. To all the misogynists naysayers who said the women’s game wouldn’t be attractive or profitable, shove it up ya arse!

Tune into the finals at 2:30pm AEST for the bronze final and 5:30pm for the final.

Well, the Wobs found another way to snatch defeat from the jaws of victory, I must admit to eating a wee bit of humble pie in that the result wasn’t the thrashing I was expecting; however, I must admit to sitting through the game wondering just how we’d manage to bugger it up this time. I feel so guilty that, for most of the match, I was waiting for us to lose so hard that I never really got excited that we were actually doing pretty bloody well. So, for that, I’m sorry. Unfortunately, as I predicted (well, it was obvious in hindsight what was going to happen) in the G&GR chat, Folau Fainga’a would mess up his last lineout throw to make our lives really difficult. And so it happened. A piss weak defensive effort from Tom Wright first then Jock Campbell allowed the Frogs to surrender their way to victory yet again. The G&GR frustration with this side continues.

Positives: the front row at scrum time were very good. As always, they never get the credit they deserve for an excellent scrum day in the post-match ratings. Kudos to Nela for lifting his game and really inserting himself. Golly goodness me, some of the collisions were earth rumbling! The second row functioned well, though Skelton still must lift his general efforts around the field. I’ll tip my hat with some of his broken play work though. The loosies were a mix. I thought Holloway did a lot of unnoticed work and Bobby, apart from his Honey Badgeresque kick was solid. But it’s Hooper that I think we really have to think about. France completely bossed us at the breakdown with a huge amount of turnover pill and causing havoc at the rucks. While they may have been McCaw-like in what they did, you play to the whistle and interpretations of the day (as frustrating as that can be). Combined with a missed tackle count (including the big missed one) meant that, once again, a good performance was still papering over the cracks. Nic White was solid and didn’t allow the Frogs to get under his moustache. The centre pairing were promising. The back three as a whole were the classic ‘a bit of good, a bit of shit’. There was some excellent play, including the try to Foketi and unassuming but competent play from Kellaway and Campbell, particularly in the air, mixed in with some absolutely dreadful defence. Kudos to Jock for owning his error which will likely haunt him for a while. The bench was split, some didn’t get much of a run, others well and truly farked up (looking at you, Palestine).

The question I now ask is: “how do you solve a problem like Maria?” Of course, I mean Foley. I am simply at a loss as to why he keeps getting a go, apart from being a WallaTAH. For the fourth game in a row he made critical errors (failing to find touch, hospital passes, etc.) and was all but invisible in attack bar the odd exploit. Even more noticeable was his lack of presence in defence, with Jock Campbell in his place in the defensive line. To say this is giving me the shits is the understatement of the year. The worst thing though is that he’ll likely start next weekend against the imitation French (Italians) as well. What’s the point of having blokes like Noah and Donaldson on tour if all they’re going to do is train (despite this seemingly being the metric of on paddock success). These blokes are being robbed of exposure at the highest level which is not only cruelling the long-term success of the Wallabies but the success of translating these experiences into the domestic season. Curiously, the tide does seem to be turning in the press which will hopefully force Rennie to back Noah at some point. Indeed, with the season-ending injury to Foketi we may see a reshuffle on the bench yet again.

Other match results with reports:

The Aussie Sevens have won the cup final in the Hong Kong Sevens!

For the first time in my lifetime the Aussie Sevens are on top of the Sevens’ spiritual home in Hong Kong. The side hasn’t won the final here since 1988. After losing to tournament surprise Samoa (who defeated New Zealand to send them packing – how good!), and a tight victory over New Zealand, the side played the Irish in the quarter finals. Despite trailing early, the side came back to win and move into the semi-final to be played against France. I’m delighted to say that we exacted revenge for the Wallabies’ loss and moved into the final to play the Flying Fijians. In the final the Aussies were down 12-0 before a try on the half-time siren. The Fijians scored first after half-time to go ahead 17-12. An unconverted try to Henry Hutchinson with two minutes to go gave the Aussies hope, as did a late piece of cheese to the Fijians for repeated high tackles. With 20 seconds left on the clock Nathan Lawson scored the match-winning try in the corner to take the Aussies to victory. Well done those lads!

WORLD CUP QUALIFIERS – ROUND ONE

The race to become the 20th and final playing side for RWC2023 begins tonight in Dubai. The four teams are USA, Kenya, Portugal and Hong Kong. The result of this tournament directly affects the Wallabies as the winner of the final qualifying place earns the fifth and last spot in Australia’s Pool C with Wales, Fiji and Georgia for France 2023. Stand by for the results! More information about the tournament is here

Match results from round one:

Well folks, that’ll do me for the night. Happy Monday!