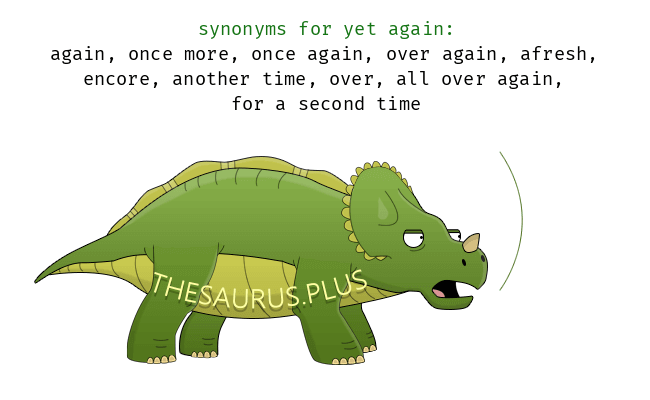 Greetings from the nation’s arsehole capital, G&GRs. I took the opportunity to visit friends and family courtesy of a super long weekend with the aerial ping pong granting all non-believers an extra day off. Alas, the Wobs were very much like Canberra, nothing farking changes! In other news, we have the Bokke v the Pumas, a breakdown of the penalty count in TRC, the referee appointments for the WRWC and the Super Rugby draw for 2023.

Deja vu, eh folks. Not really sure if it’s worth doing a whole spiel as there’s nothing really new or different to anything else that has already been said ad nauseam.

That said, Dave Rennie et al have some significant decisions to make in the coming weeks before a crucial five test tour of the Northern Hemisphere, as well as an Australia ‘A’ tour of Japan starting next weekend.

The key areas, for me, that have to be addressed are:

According to ESPN’s stats (these are pretty accurate but still need a small pinch of salt), the Wobs were the equal top team pinged this Championship. They handed the ball back to the opposition 85 times through ill-discipline or being outplayed/out-thought/out-desired. This was equal with the Pumas who would’ve been OK if not for their brain farts the last two weekends v the Boks. I attribute this lack of discipline to two main areas: firstly, I am taking aim at the influence of the Brumby players and Dan McKellar. Even as a Ponies fan, I have to admit that we are, without doubt, one of the most cynical teams in the Super comp. This seems to have rubbed off with the high number of Ponies in the squad and Chuckles sitting in the box. Secondly, it comes down to the perception that we are giving to the opposition teams AND to the referees. The disappointing STAN commentary of the previous few weeks touched on this, especially with Drew Mitchell (*gasp*) saying that there may well be a perception of the Wallabies as arrogant and entitled. Mitchell continued with, “if there is a perception, then perception is reality”. An excellent example was the bollocking handed to Nic White (and Aaron Smith) by referee Brace. It was a long overdue “STFU”. That said, even with the pressures of the modern game, why is the management of the referees seemingly being overlooked? This is where the lack of rugby intelligence comes in. I’ve said it before: Australia was always know as the intelligent side (the Kiwis the creative, the Bokke the physical, the French eccentric, etc.). Due to myriad reasons, we have lost this intelligence and, well, we have to find it. Pronto. Now, this intelligence doesn’t sit only with the players. The coaching staff must start to show some of their own intelligence. I’ve personally had a gutful of “the learnings” from each match, especially when some of the problems are as plain as farking day! Examples include:

Now, I’m certainly no genius, but if I, an average referee, can spot this (and I’m sure there’re more), then WTF are the Wobs coaches looking at?

Therefore, I would love to see Dave Rennie give a fair few players a very brutal message prior to the NH tour with an exclusion and a clear yet blunt message of what to do for pre-season. Indeed, this may well have been possible in TRC before an insane injury toll (reason but not an excuse). For me, I think we have to pick and stick with certain positions e.g. Noah at 10. A lot of players have now been blooded. If they want the prime tour positions and the RWC ticket, then they have to bloody well earn it. This does lead me to yet another point. Lachie McCaffrey, upon his return from the UK, said, “…and that’s what was great overseas, instead of 16-18 games of Super Rugby, you’ve got up to 45 games in a season. So for me, at a young age, I just think it’s important young guys don’t spend all their time in the gym and running laps around the oval; I think the more rugby you can play at a young age the better. And I think for my situation, the best thing for me was to going over there and playing lots of footy, and making mistakes but getting better with every week.” This is where we obviously have a significant problem in Australia. We don’t need to go over this lack of match time again. But it does show how much value Australian sides place on effort off the field. Suliasi Vunivalu has allegedly been found wanting on the training paddock. Well, I don’t really give a much of a flying fark what happens on the training paddock. I care what he, and others, do on the bloody field! Now, that’s not to say that I want our wingers looking like props, obviously. But if George Smith can be a shite trainer and perform like he can, maybe it’s time to shed the labels and actually see what blokes can do on the field. Strewth, if I was judged on training fitness, I’d still be refereeing juniors!

South Africa won the battle but lost the war following their 38-21 victory over ill-disciplined Argentina at a sold out King’s Park in Durban on Saturday, a result that handed the 2022 Rugby Championship title to New Zealand. Consequently, the Springboks have to settle for second position on the Rugby Championship standings. Winning by 39 points was a bridge too far tonight but they’ll look at positives throughout the competition. They beat the All Blacks 26-10 in Mbombela, the Wallabies 24-8 in Sydney and Argentina home and away. That’s at least something to write home about.

This game, however, was not a spectacle. It was a Test characterised by ill-discipline – there were 6 yellow cards (somehow not Lavanini), two penalty tries and 39 penalties, with the Boks conceding 17 and Los Pumas 22. Mix all this in with the Boks starting Frans “Geriatric” Steyn at flyhalf and, well, running rugby was never going to be the order of the day. Despite chasing significant points, the Boks instead turned to his 55m shots at goal. What the fark?

To illustrate Australia’s lack of intelligence and discipline, here is the ESPN version of the penalty counts (broken down by team, PK count in total, and the referee for context) for the entire championship.

The Wobs lost the PK count four times, tied once and won once (ironically in the Marvel Stadium game!). If not for the absolute clusterfucks that the Bokke v Pumas games turned into, then I daresay we’d have found ourselves quite lonely on top. I didn’t have a chance to count the pieces of cheese; however, I’d think we’d be right up there with those as well.

It’s quite hard to analyse PK counts between matches as there are a ridiculous number of variables; however, it is interesting to me to see the highly experienced (dare I say well-respected) referees (Gardner, Pearce) have a significantly lower PK count than the average (26.3). Further, some of the referees that are yet to truly ‘book their tickets’ to the RWC had considerably higher PK counts. That said, we have anomalies all over the place and we can’t really read too much into the count without knowing the context of the game. Indeed, a rough guideline that we had while refereeing a few years ago was roughly 20 PKs in a match. That’s not to say it was a target, but, a referee involvement once every four minutes would be considered to be managed quite well. Take this with Murphy’s game over the weekend with a total of 39 penalties. YIKES! What stands out more though was the six pieces of cheese handed out. This tells me that the teams weren’t listening and, perhaps more crucially, adapting. Compare this again with the Aussie game this weekend. I thought Andrew Brace (Ire) had a bloody good game. Yes, there were errors. Of course there were. I’d bet my house that the Wobs committed more though. Despite what Hoss thinks and says, us referees are only mere mortals. If I were coaching/assessing Brace, my only real criticism would be to consider escalation to cheese for the ABs failing to roll away. Otherwise, he was clear and consistent and made sensible decisions in the context of the game. His ARs and TMO left a bit to be desired, but, anyhoo! The reality is that we are handing possession, territory, points and momentum straight back to our opponents through ill-discipline and poor thought process.

The referees for the Women’s Rugby World Cup in New Zealand, starting Saturday week, were announced last week. Congratulations to Australia and VRRA’s Amber McLachlan on her initial two appointments in the pool stages as a referee, and to Australia and WARUR’s Tyler Miller on her appointments as an assistant referee.

The full list of appointments for the pool stages can be found here.

Each of the nine referees has two pool games and will AR on the third weekend. The five ARs will assist in at least one match per weekend. The four TMOS will split the matches among themselves.

The draw for the 2023 Super Rugby Pacific season has been released.

As Nathan writes for the other, other site, rugby.com.au

“Being able to play regularly in front of home fans, and to travel across the Tasman and around the Pacific is massive for the competition, especially for fans, who can support their teams through a full home schedule,” RA CEO Andy Marinos said in a statement. “Everyone saw what Super Rugby Pacific had to offer in its first season and all 12 clubs have taken that excitement into the off-season and will be primed for a shot at the title in 2023.” “There is a real feeling that Super Rugby Pacific is ready for take-off after a successful, but COVID disrupted inaugural season,” New Zealand Rugby General Manager Professional Rugby and Performance, Chris Lendrum added. “We saw massive potential on the field in 2022, but also some huge challenges off it, so to have a fully integrated and uninterrupted draw in 2023 is great news for the players and the fans. “I think we are going to see one of Super Rugby’s most competitive seasons.”

With any luck the Saders are shite so someone else has a chance!