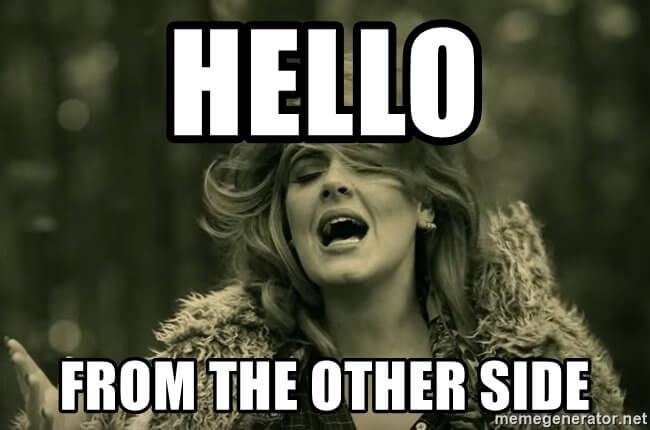 Charlie Mackay is back! Apologies if this upsets you, Reg and Juswal.

I’ve managed to clear up my Sunday night schedule (by doing a very millennial thing) and the other lads have graciously let me have Monday’s rugby news again (well, maybe more a handball back/hot potato/finders keepers/”hehehe, it’s ALLLLLL yours buddy” sorta thing… but whatever!). I’ve missed this little weekly column; however, I think, upon reflection, that it was getting a bit too content heavy. Therefore, I’ll be keeping it far lighter than it had been.

So….. without further ado… I present Monday’s Rugby News.

The Australian sides have come crashing back to reality with none of the Australian teams scoring a win over the Kiwis. The Fijian Drua held up the Aussie conference with a win over Moana Pasifika by 34 points to 19.

The Tahs and Rebels will be kicking themselves that they didn’t take their golden opportunities against their opposition this weekend. Not only were both teams in the match at the very end, but for extended periods of time led and held the upper hand. Indeed, the Tarts were 15-0 up at one stage. It’s a recurring, painful lesson to learn against the Kiwi sides – don’t let them back into the game! The Ponies reserved their worst game of, well, probably the last three seasons for their match against the Saders. It was definitely not what the matron ordered. A tough match against the Blues next week means they’ll have to sort themselves out ASAP to ensure a home quarter-and semi-final pending results. The Reds and Force have some serious soul-searching to do at this end of the season. The Force can pretty much kiss their season away; the Reds have to find a way to scramble up the ladder or they’ll find themselves in an away match against the Blues or Saders in week one of the finals. Not good.

Crusaders v Drua – Saders ought to win, but an easy game this is not.

Chiefs v Force – Chiefs weren’t great against the Rebels, but ought to win with the incentive of a home final being within their grasp.

Brumbies v Blues – wouldn’t want to be a Brumby on Monday morning training. Hopefully a Dan McK/Lord roasting sees them back to top form… but the Blues will be quality. A cracker awaits!

Hurricanes v Rebels – Rebels had their best game of the season v Chiefs.. but the Canes ought to win.

Highlanders v Tarts – this could actually be the match of the round. Two teams finding form with a lot to play for re finals.

Delighted to see that Australia has been confirmed as the hosts for the Men’s edition in 2027 and the Women’s in 2029. Curiously, there is the idea that the MCG could well be in line for the hosting rights of the final!

Actually… I hate that idea. Sure, the stadium holds 20k more fans than the next closest thing… but the stadium is trash to watch rugby at. The bleacher seats would make it like watching ants and there are plenty of undercover seats (e.g. Bay 31, row ZZZZZ) that make anything above head level impossible to see. I bet the administrators would love to have $20k x say $50 a ticket (a cool $1 million) extra… but at what cost? The final ought to be in…. *shudders*…. Sydney.

For me with the Men’s:

** NB the pool matches to be shared among the non-final hosting grounds as much as possible. Obviously any important, heavyweight matches (like 2015 pool of death) can be at the bigger grounds.

^ Will need to see David Pocock elected to finally get GIO up to scratch… honestly, it’s like Queanbeyan out there!

# I hate this stadium as it’s always empty… but the RWC will see people there I think.

“Staff writers” (says a lot really…..) at FUX Sports are ‘reporting’ that there are some NRL players looking to make the switch to the real rugby ahead of the RWC.

This, for me, rings a lot of danger bells. Growing up, it was galling to see NRL converts pretty much walk into the Wallaby gold jersey, take their dollars and run back to league a few short seasons later. RA, clubs, etc. spend dollars up the wazoo to develop players in union. We must see the return on investment here. Further, rugby is a far more complex game than it was is 2003. In particular, the tackle heights and the emphasis on the ruck technicalities. If there are players who genuinely wish to have a crack, then I’d expect to be seeing them heading over now. The usual suspects are named, being Crichton and Suaalii, both of whom are, at least, familiar with the modern approach to union. Still… it leaves me seeing danger.

Hey, you! The sideline commentator! Yeah, you!

Back in the day, I was a primary school teacher. Fortunately, I’ve seen the light. That said, when teaching I had a rule. It was a simple rule but was highly effective:

“If you’re going to call out, it better be funny. I will decide what is funny”.

My students loved this. One crafty little shite, a cheeky lad by the name of James, knew quite well that “if I make Mr Mackay laugh then I’m off the hook”. And, 99 times out of 100, he’d be right. Because of this rule, he knew that he had to time his comments and not waste his opportunity, lest he cop a bollocking. Now, how does this relate to rugby…

I had the fortune to spend the remnants of Saturday afternoon/evening acting as assistant referee for a Dewar Shield game here in Melbourne. It’s actually a nice thing to do as, often, it’s one of the few times in a season when there’s more than one poor sod in a referee’s jersey within cooee. How wonderful to catch up with some colleagues and ponder the mysteries of the rugby law book!

Low and behold though, it appeared that I wasn’t the only AR on my side of the field! Unless I suddenly grew a conscience (ha!), there were so many voices in my head telling me exactly what I ought to be doing. Turns out, there were plenty of has-beens thinking they were funny while downing a few tinnies.

Long story short… For Christ’s sakes, please be funny if you’re going to call out across the field. Carrying on like a pork chop embarrasses you, the people near you and your club. Nothing annoys me more than having to fill out a referee abuse report on some clown who thinks they’re God’s gift to rugby comedy… mostly because I hate paperwork. More annoyingly, the Chocolate Wheel of Justice (aka The Judiciary) is notoriously poor when dealing with these instances.

But hey, you’ll find that every referee association is short of numbers, too. If you think you can do better, click here to sign up! What we could do with ladies and gentleman who have the ability to see the tiniest things from 80+m away!

Have yourself an amazing week!