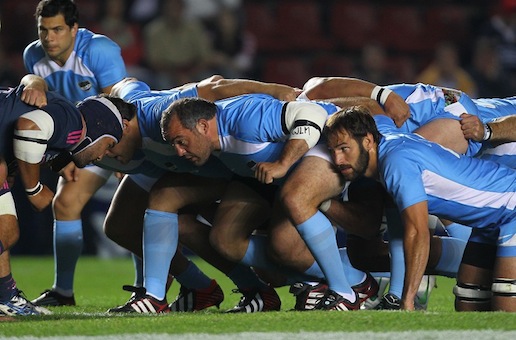 The Pumas and Argentine rugby have had a mixed 2016 with disappointing results during the June test window against an under strength France and an inaugural Super Rugby season that was far below expectations.

The Pumas maintain confidence in being competitive with the Springboks forward pack but are wary of the expansive ball in hand style that the Springboks showed in the June test series.

The Springboks go in the Rugby Championship buoyed by the results from the June test series. Under the new coaching regime of Allister Coetzee and with significant injuries to a swag of players, the Springboks relatively inexperienced squad performed well winning a tough series against Ireland. The Boks will also be looking to use the Lions run in Super Rugby as a motivator and a confidence boost to continue with the new ball in hand style that the Springboks had adopted.

The Springboks will be looking to forge a new style and reputation in this year’s Rugby Championship with a host of new faces and emerging talent balanced with some experienced and seasoned players. With plenty of talent still in the rehab ward and unavailable, the Springboks results this year, if successful, could be an ominous sign for the future for the other championship teams and certainly give them some enviable options and depth.

This game is a hard one to predict how the teams will match up. With significant changes in the Springboks since the last series and with the Pumas now having a season of Super Rugby under their belt it will be intriguing to see how it unfolds.

With the change in game plan, style and continuing evolution of the Springboks under Coetzee this may end up being very much like the master and apprentice. Both teams will show they are willing to take risks in attack, but the Boks seem to have a better level of control and composure than the Pumas. But the real risk for the Boks is that the risk reward game style suits the Pumas, and at their best they could easily get the upper hand and run rampant if uncontrolled.

Traditionally the Springbok and Pumas forwards packs match up well. Both love a good grinding forwards battle and pride themselves on a hard hitting style and strong set piece. The difference in the packs may come down simply to conditioning and discipline.

This is the battle that we all want to see. With the new blood of Jantjies partnered by de Klerk steering the Boks around the field, and the game style of the Lions the Springboks looked like a very different prospect during the June test series. This will carry over into the Championship and we should see more expansive, ball in hand attacking rugby. It will be interesting to watch how the Springboks attack evolves. One thing is for sure, they will improve on their dismal 19 clean breaks in the tournament last year, fewer than anyone else.

For the Pumas it’s an experienced and potent backline combination of Sánchez and Landajo, with the attacking capabilities of Tuculet, Cordero, Orlando, Hernández and Montero in support. It will be interesting to see if the Pumas also adopt a ball in hand approach and can improve on their last year’s poor stat of fewest defenders beaten (53).

Past history shows it’s usually a fairly close affair with the Springboks winning most of the encounters. Being the first game of the series makes it even more unpredictable.

I think the Springboks will get this one as it will take a game or two for the Pumas to get their rhythm.