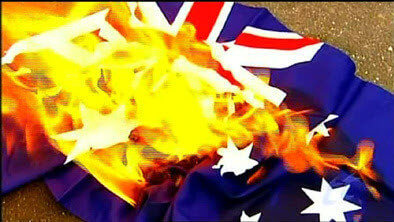 Happy Hump Day team. Hope your week improves from 12:00 today as the weekend gets closer by the hour

In news that will please most of the readers of this site – being that most are Australian, Scott Barrett has been banned for four weeks for his dangerous hit in the weekend. With an initial entry point of six weeks the judiciary reduced his ban to four because of mitigating factors including Barrett’s acceptance of foul play, his expressed remorse and pleading guilty at the first available opportunity. In the same hearing Dickson and Aumua were both punished for incidents in the Highlanders v Hurricanes match in Dunedin on Saturday night and received three week bans.

All good news for the Australian teams they face next weekend and personally I have no issues with any of these calls. For me the inconsistency that saw Banks let off for some very weak mitigation (and I still believe had more to do with his injury than anything else) and other decisions that just seem weird make the judiciary a joke. I personally think that players should not be allowed to have legal representative and that they and their coach must front up by themselves and plead the case themselves. The lawyers for the players have no responsibility to uphold the World Rugby intent of reducing head contact and all they care about is getting the least sentence possible for their client. I think this is wrong and along with the 20 min Red Card that coaches appear willing to accept as a risk only, is why the message is not getting across and players are not changing their technique.

Australian Team of the week – according to Cully

1. Angus Bell (Waratahs) Player of the Round

While there appears to be a tad bias towards the Waratahs (Yes I know Hoss, it’s only right), especially in the selection of Edmed, I think that to be fair Cully is at least being consistent.

The Australian Men’s Sevens program has claimed bronze at the Vancouver Sevens, stealing victory from Samoa in the dying stages of the match. Australia won 21 to 19, following a full time conversion to Nathan Lawson during the side’s final match in Canada following a standout weekend. Drawn in Pool C, Australia faced tournament hosts Canada and Spain in their opening two games, defeating both sides before falling to reigning champions South Africa in their final pool match.

As the full-time siren sounded, the Aussies still trailed by five points, with a piece of crafty footwork from Maurice Longbottom placing Lawson in a gap in the Samoan defence to allow Longbottom to secure the win for Australia.

Congratulations on beating the Kiwis in the Qtr finals as well. I must admit to being a tad surprised that this hasn’t been plastered across all rugby sites here. The sevens is proving to be a really good tournament this year with all teams seeming to improve and be able to beat any other team on their day. For me it’s much better than them all fighting to see who comes next after SA and Fiji.

Sure it’s been a disrupted year and some teams have not been able to either play or have their top players available but for me that is part of what has made the tournament so good. Rock on the Toulouse leg of the World Series, kicking off on May 20th.

As they say opinions are like arseholes and just because we all have one it doesn’t mean they should be shared. Well unfortunately as this is a blogg it is actually all about opinions for the most part. My view on who should play in a particular position v anyone else’s view is exactly that – an opinion. If you have read any of my previous posts or comments and don’t like what I say then may I humbly suggest you don’t read this section and save both of us from being upset (although to be fair I’m unlikely to get upset much).

I must admit I’m starting to get a little heated with the way players, ex players, commentators, the public and coaches are starting to question and not support the referee in Super Rugby. Am I biased because I’m a referee? Absolutely I am. BUT (and yes I think it’s a big but) the game has always had this issue and in years past players and coaches have accepted that the referee, like the players and coaches, will always make the odd mistake on the field, be inconsistent at times and have learnt to just accept it and move on.

However, it seems now that everyone believes they have the right to question the referee, challenge his decisions and make disparaging comments on his/her ability to do their job. I absolutely agree that some referees could be better at times and that some of them make some appalling mistakes. Rugby is a hugely dynamic game with a lot happening both pre, during and post contact, the referee has to make split second decisions on what they see and as this is very subjective it can sometimes be a bit hard to see why the decision has been made. Funnily enough it always seems to be the team that is losing that has the issue, or the coach who has a player carded for a crap tackle that gets a card. Now I may be a bit simple but I’m pretty sure that the winning team has these same things happening. Maybe due to winning they don’t care, or maybe it’s because they’ve managed to get up through smart decisions, good play and good skills that have diluted the effect of any referee mistakes.

I think the addition of some pretty good referees (Charlie more than me) on this site has opened things up a bit and has allowed a very clear explanation for some of the incidents that have occurred and the way the rules are being applied (very different from how they read). So while I can perfectly understand you caring more about the rulings against your team, unless the one against the opposition gives you an advantage, I think it’d be nice if we started giving the referees a bit more love. None of them go into a game thinking “Which side am I going to stuff over today?” or “which of these watts is getting a red card today?” They referee because like all of us they love the game and they actually want it to be a good game for everyone.