Changes Between the Professional and Amateur Eras 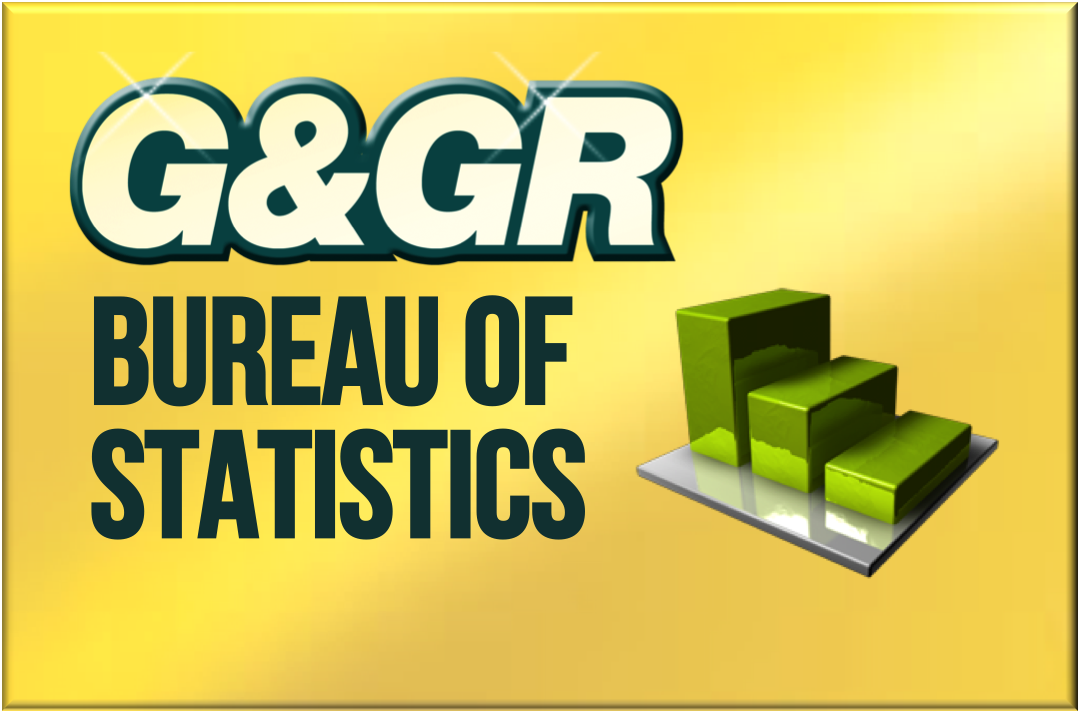 Changes Between the Professional and Amateur Eras

When comparing game statistics from the two eras there are five major changes that stand out:

The differences between the two eras are apparent in most aspects of the game including:

Let’s look at how these sorts of changes have impacted on the way the game is played by comparing some key statistics over the last 30 years.

The information I’ve summarised here comes from the IRB, which has published a range of statistics including:

In the 1991 RWC the ball was in play for only 24 minutes and 48 seconds per game. That time has increased Cup tournament, to 35 minutes and 25 seconds in 2011. In the 2011 Tri Nations the average time in play was 36 minutes and 22 seconds, and in the 2012 Six Nations the figure was 38 minutes and 12 seconds. The recently announced law trials include measures designed to further lift the ball-in-play time.

Another way to look at the level of passing and kicking in the game is comparing the ratio between passes and kicks.  In the 1980s the ratio of passes to kicks in general play was about 2 to 1. It  has been increasing steadily since then, and is now above 6 to 1.

The number of set pieces per game has decreased from over 80 per game in the 1980s to around 40 in 2012.  The decrease has occurred fairly evenly across lineouts and scrums.

The other measure that has decreased in relation to the set piece is the percentage of tries scored from possession starting with a set piece. In the 1980s that was around 70%, but today it’s around 50%. In the 2011 Tri Nations the measure was 51%, but just 44% in the 2012 Six Nations.

While the overall percentage of tries scored from set piece has decreased, the percentage from lineouts has remained fairly constant at over 30%. It is the scrum that has decreased as a source of try-scoring possession – down from 34% in the 1980s to less than 20% today.

However, don’t let anyone tell you that set piece is no longer a vital part of the game. With 50% of try-scoring possessions created from lineouts and scrums, having a strong set piece is still the best way to build a winning platform — although the amount of time spent between lineout and scrum practice is probably changing.

With the substantial increases in the amount of time the ball is in play, the number of passes in the game and the decrease in the level of kicking, you might expect this attacking focus has increased the points scored. If so, you’d be surprised.

Why are fewer tries and points being scored, and why is it taking longer to score those tries?  It’s simple, really: the biggest change to the way the game is played in the professional era is the significant improvements made in defence.

I’ve said it before and I still believe that some of the magnificent attack we saw from the Wallabies in the amateur era from players like Mark Ella and David Campese would not produce tries today. In fact, despite the enjoyment I get every time I look back at the old footage, I believe that if the same attack patterns were used today the players would be smashed by a solid wall of defence bearing down on them. No doubt those great players would have found a different way to make an impact in attack, but the improvements in defence mean that comparisons between eras is probably not relevant.

Unfortunately I can’t give you any data on the changes in defence because the IRB doesn’t collect tackle data. Given that defence is such a major part of the game, I find that strange.

Data on individual teams is not as readily available with the IRB only providing data for teams in the RWC since 2007, but it’s revealing to look at how the Wallabies compare to other countries recently.

The Wallabies have won around 88% of their own scrum feeds, which is close to the average of 89%. The Wallabies won 86% of their scrums at the 2011 RWC, compared to an average of 88%.  At least we were well ahead of England at 81%, but the numbers for South Africa at 100%, New Zealand at 98% and Argentina at 97% don’t look too encouraging for us, particularly given our unimpressive scrummaging performance in the recent series against Wales.

The performance at the lineout is not as good. While the Wallabies’ average from 2007 onwards is similar to other countries at around 84%, in the 2007 RWC the Wallabies were towards the top of the tree with 92%. In the 2011 Tri Nations that level had fallen to 82% and in the RWC it fell further to 78% (the average for all teams in that tournament was 82%). Compare the Wallabies’ performance to the All Blacks’ at 92% and France’s at 90%, and then remind yourself that around 35% of all tries scored in the modern game start with possession from a lineout. It’s clear that serious attention is required for the Wallabies’ lineout. Just seven of the 19 other countries that competed at the 2011 RWC had a lower success rate than the Wallabies — but those seven included South Africa at 76% and Argentina at 75%.

With David Pocock on board you’d expect the Wallabies would be among the top-performing nations at the breakdown. In the 2011 Tri Nations the Wallabies retained 95% of their own ball at the breakdown, compared to the average for all three teams of 94%. With a 96% retention rate during the 2011 RWC pool matches compared to the average for all countries of 94%, the numbers looked good. However, once the Wallabies moved in to the knockout stages things got a whole lot tougher. In the quarter-final against South Africa the retention rate fell to 82% while the ‘Boks retained 87%. In the semi-final against New Zealand the retention rate was better at 91% but the All Blacks achieved 94%, and in the playoff against Wales we lost the count, 90% to 96%.

Most people have been critical of the Wallabies’ kicking strategy and/or execution over recent times. In the 2011 Tri Nations the Wallabies kicked in general play an average of 22 times per game, which was very slightly below the average for all three teams. In the 2011 RWC they kicked an average of 17 times per game, again below the all-teams average of nearly 21. In the quarter-final that number increased to 36 when South Africa kicked 30 times, in the semi-final to 27 when New Zealand kicked 32 times, and in the playoff to 26 when Wales kicked 30 times. It’s not the number of kicks by the Wallabies that should have us concerned, but the poor execution of those kicks — and unfortunately there is no data measuring effectiveness.

A summary of the data I extracted from the IRB reports can be found here.

What do the numbers tell you about the way the game is played these days, and where the Wallabies sit in comparison to other countries?