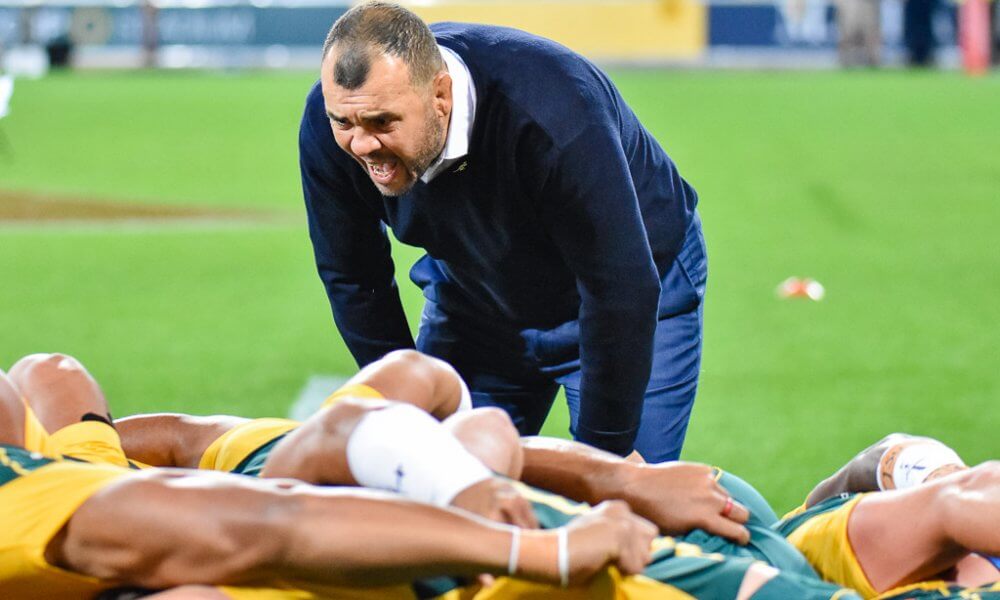 Australia ground out a 39-21 victory over a spirited Fijian outfit to get their 2019 World Cup Campaign off to a good start. However, what were the key takeaways from the performance?

The Fijians were playing an up and in defence leaving plenty of space out wide which Australia attempted to exploit. However, as a result they were caught trying to play the match at Fiji’s frenetic speed leading to a number of handling errors and pushed passes in the midfield. Michael Hooper showed in the 19th minute that through the middle as the way to go against the Fijians, as he crossed for a pick and drive try.

However, the Wallabies didn’t learn their lesson until around the 50th minute mark as they trailed 21-12, they finally changed tactics and begun to crash it up the middle. This immediately paid dividends as the forwards regularly got over the advantage line to limit the Fijians line speed, thus, opening up more space and time for the backs. It is no surprises that once the Aussies started trying to go forward first, the likes of Kerevi and Toomua begun to have more of an impact on the game. Hopefully there is more of the same against Wales.

Eddie Jones coined the term in 2015 but it was Michael Cheika who used them brilliantly over the weekend. With the Wallabies struggling to gain any dominance over the Fijians, Cheika went to the bench early with Genia, Toomua, and Salakaia-Loto all coming on to make an immediate impact.

Genia’s box kick to trap the Fijians inside their 22m was the turning point in the match, while Toomua seemed to be a calming presence at flyhalf. Salakaia-Loto was fantastic at lineout time to secure possession allowing for the Wallabies to employ a Brumbies-like rolling maul.

The Wallabies have the most amount of Test caps in their World Cup Squad compared to the rest of the tournament and this experience will be a big part of the impact the ‘finishers’ have on the outcome of the Wallabies results.

All the talk in the lead up to the match was about David Pocock but it was Hooper who gave a timely reminder why he is captain of this side. Hooper’s stats alone make for impressive reading with 17 carries for 99 metres, one try, seven tackle breaks, and seven tackles.

Moreover, his captaincy decisions were spot on. With half time looming the Aussies had a relatively easy chance to take three points, however, with the score at 14-7 Fiji’s way, Hooper went for touch. A few phases later and Hodge was over in the corner to cut the deficit down to 14-12. In the second half Hooper decided to take the points on offer, before happily telling the Fijians they will be scoring soon to take the lead. He was right.

A lot of people rave about Ardie Savea, Pocock, or Siya Kolisi as being the best opensides in world rugby. Hooper has a fair argument for the claim as well.

There was a lot of talk coming into this World Cup that this was the best Fijian side we have seen in this tournament. They didn’t disappoint. With Semi Radradra and Josua Tuisova out wide it is no surprise the Fijians have two of the best wingers in the world. However, it was the skills that we don’t normally associate with the Fijians that were most impressive.

Ben Volavola’s kicking game was brilliant, while the control and discipline in defence showed a side with plenty of potential to frustrate sides into mistakes, as they did with the Aussies. Although the Fijians conceded six tries they only had 30 per cent of possession and forced Australia into going away from their original plans. They will cause plenty of headaches for the Welsh if they produce a similar performance.

There are a few questions for the Wallabies selectors this week. The lineout was not as strong as it has been this season so will ‘Pooper’/’Hocock’ be released again this weekend? The referee seemed to be very keen on preventing Pocock have any fair crack at the ball at the breakdown so should Australia focus on disrupting the Welsh ball through power rather than precision?

Furthermore, Reece Hodge has been cited for a dangerous tackle and looks likely to miss this weekend. The issue of World Rugby going soft aside, who replaces Hodge on the right wing? Dane Haylett-Petty is the likely choice but he has shown in the past his best position is fullback rather than wing. Will the Aussies look for an experienced head in Adam Ashley-Cooper or throw Jordan Petaia into the mix for his debut? With this game likely to decide who finishes top of the group, there are some crucial selection decisions.