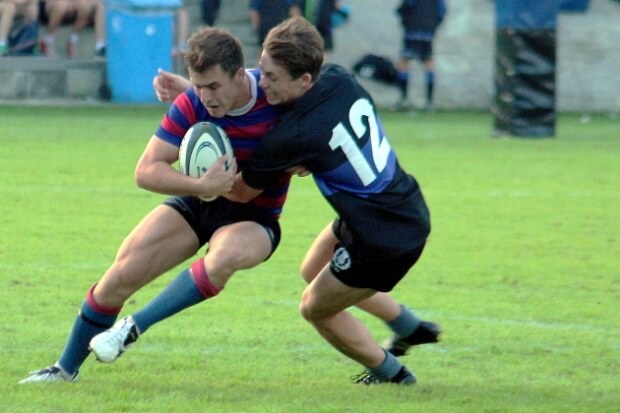 There were several trials between Sydney school teams from different associations yesterday, including some between GPS and CAS teams.  They were their last trials before they  started their respective competitions next Saturday.

The CAS has started their season earlier in recent times but the GPS moved their 2016 Athletic season until later in the year and this allowed the two main NSW rugby associations to bring their rugby seasons into synch.

“Armchair Selector” and “former flanker” report on two of the trial games.

The best team in the CAS recently, hosted the GPS team who always has the strongest impact across all the grades of the GPS.

Knox had the biggest tunnel by far, starting behind the goal line and ending up near the opposite goal posts. Joeys “Walked on” to the famous rugby chant of the school. 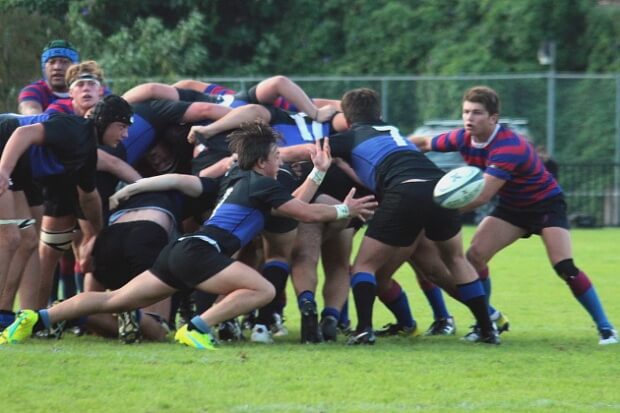 Leo Bosch clears the ball from the scrum

The backlines tested each other in the first ten minutes and although Knox missed an early chance for a try Woodcock was able to slot a penalty goal on the visit.

Joeys got deep into the Knox 22 from the restart and tapped a penalty kick. After 8 Tuinakauvadra [Miti] took the crash ball run, the pill was swung wide and 12 Reilly scored.

At 12 minutes Joeys were ahead 5-3 and their stocky no. 8 was already making an impression for them.

Joeys’ put on a simple lineout move and 12 Reilly threw a cut-out pass to fullback McTaggart who made ground and dished inside for 13 Jaffer-Wlliams [YJW] to score. Joeys 12-3 with 15 to go in the half.

It wasn’t as if Knox didn’t have opportunities. 8 Basson had a good run in the Joeys’ half before knocking on and when they charged down a Joeys’ clearing kick they spilt the ball before the line.

Then winger Day caught them napping when he tapped a penalty in his own 22 and hoofed the ball a few steps later. The bounce may have been a bit of lucky dip but the chase of YJW was no fluke as he got to the ball first and passed it for Day to score, backing up. 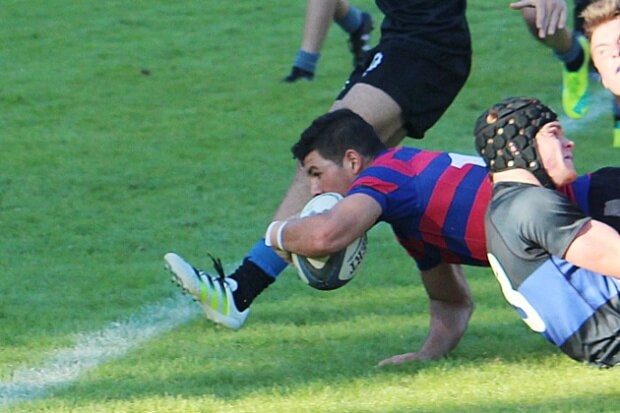 A Knox maul not long after the kick-off looked ominous but it was defused.

Both teams tested each other’s line after the interval. Like a lot of the crowd at the game, I was hoping to see the home team keep ball in hand and use what talent they had in their backs.

But their halves Bosch and Woodcock were under pressure behind a retreating pack, and Knox were racking up penalties conceded. This was a pity because 13 James Armstrong looked a strong ball carrier and hard to stop, but wasn’t getting enough good touches.

By contrast the Joeys’ backs had more time with front-foot ball which gave them confidence.

Ten minutes after the break Joeys turned Knox ball over due to a fierce counter-ruck, and following some brilliant catch-and-pass, winger Tse scored an ensemble try. Joeys 24-3. 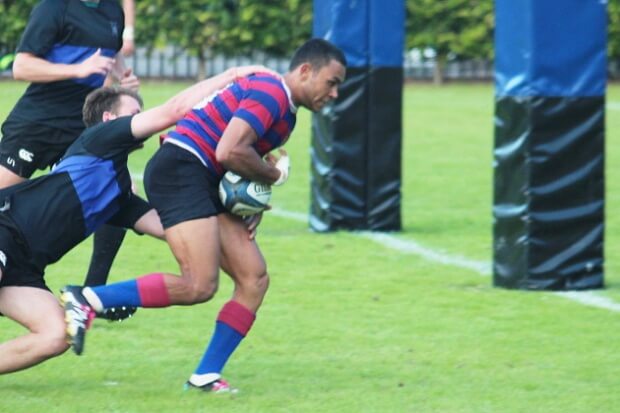 Soon after the restart kick a nice-looking Knox maul was held up but Joeys cleared from a tight head scrum.

The Joeys’ scrum was dominant several times but their lineout, with the LHP throwing to it, was one of their few weaknesses of the day.

Knox had their best period of play in the 20 minutes after the previous Joey’s try. The visitors lost their mojo and Knox were settling down. 13 Armstrong had a fine run against the grain for the home team which had defenders looking at each other but nothing eventuated.

Then Miti made a big gain after turnover ball and although that was stopped Joeys were in the right real estate for an attacking scrum, and from a set move YJW was over again. Joeys 31-3 with a few minutes left.

A late cameo run by Knox 5 Frost made the home crowd roar but he lacked supporting runners. There was no such problem for Wilkinson after Joeys had their last expansive move, and he scored following some fine footwork from Reilly. 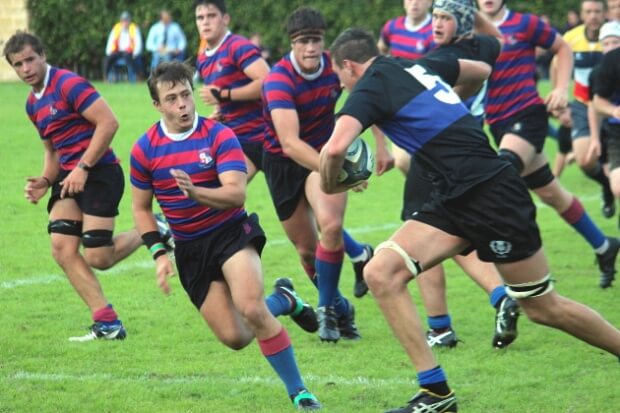 Nicholas Frost on a late charge for Knox

Knox had a tough day at the office. Although they were competitive at times they weren’t able to capitalise on the limited opportunities they had, and did not seem to have a Plan B.

13 Armstrong was their best back and Frost had a fine performance at lock.

Joeys were fit and played a composed and structured game.  When they whipped the ball wide they were deadly—all of their six tries were scored by the backs.

8 Miti had some bruising runs helped by space provided upfront, and their backs had their opponents flummoxed when they were on-song. 10 Wilkinson was the ringmaster but 12 Reilly at 13 Jaffer-Williams used space well. 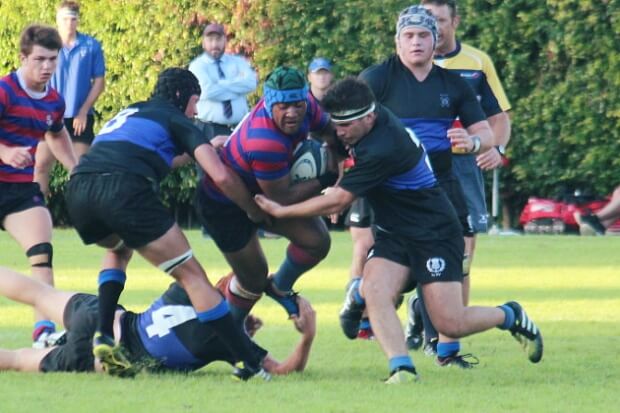