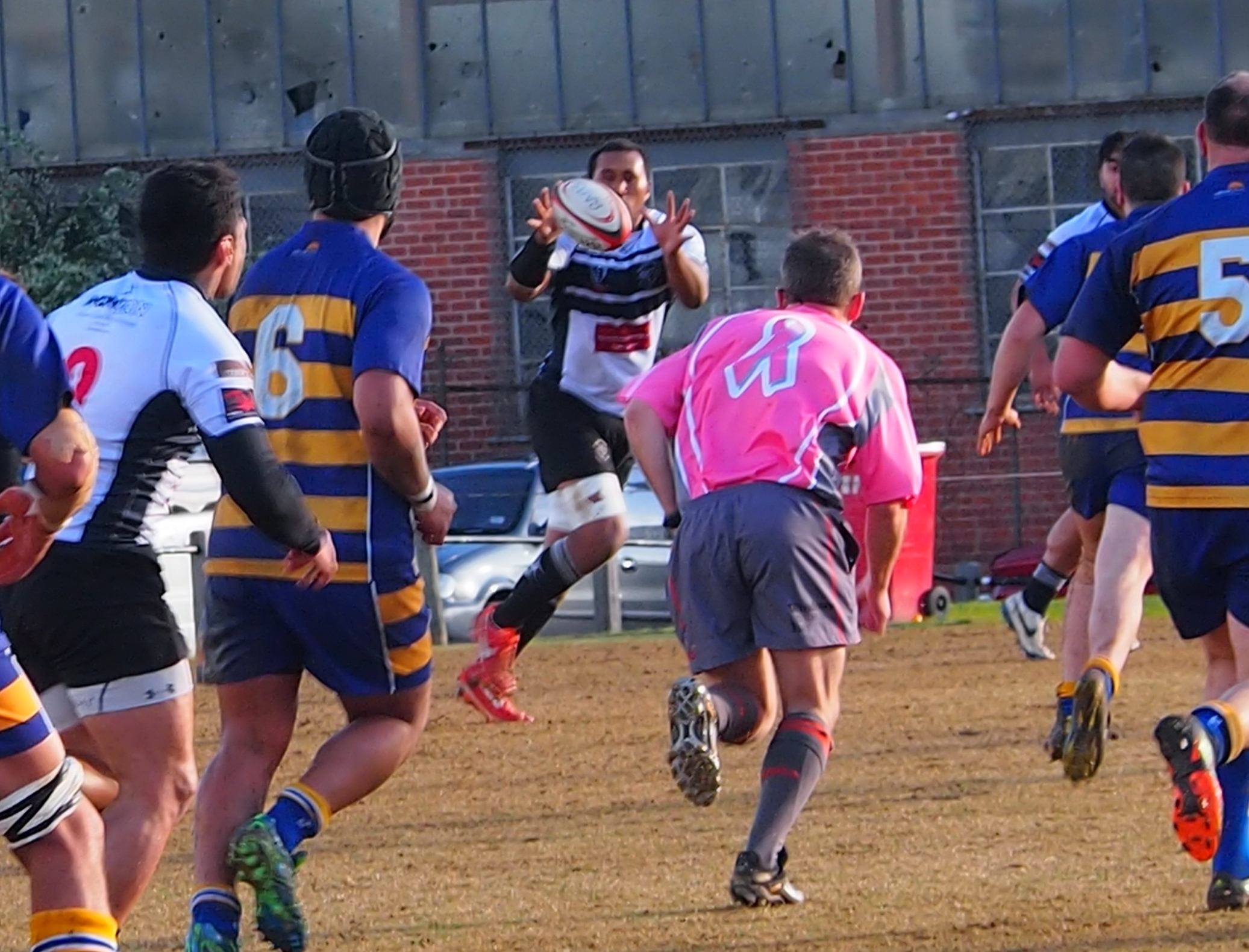 With a large victory over Southern Districts in Round 16 of the Dewar Shield, Moorabbin clinches a play-off berth. The rams were in desperate need for at least one point to fence off Melbourne Uni’s chase, after a slow start they take control of the game and close it with 5 tries and 20 points margin over the pirates. The students loss agains Footscray would have made the result of this game redundant.

The game has started under an heavy shower, the rams in desperate need for at least one point to fence off Melbourne Uni’s chase looked for early points, but Tepuna Kajer’s kick for an easy penalty wasn’t successful.

Moorabbin suddenly stopped playing and despite the wind and the rain ceasing, couldn’t control the ball. Too many handling errors and missed tackles costed the rams the lead. The pirates pushed in several occasions and right wing Thomas Kei crossed the line at the 18th minute for a deserved lead to the visitors. Heine McFarland’s conversion fixed the partial to 0 – 7.

Moorabbin wasn’t able to react for another ten minutes and looked like a beaten boxer in his corner. Left wing Joe Kamana provided the wake up call for his team mates with two excellent line breaks, the second of which inspired Mike Uoka try. The lock crossed the chalk with power and determination. Kajer conversion provided the extra point and locked the result.

Before the final whistle Kajer slotted another penalty to fix the first half result on a more comfortable 10 – 7 for the hosts.

In the second half the rams finally fond again the fluidity of the first half of their season and in 15 minutes put the game out of reach for the visitors. First Kamana e then Fowles scored for the hosts. Remarkably the second try, has been scored when the rams where playing with one man less, Junior Tuiatua being sent in the bin for a tackle on a player in the air. Kajer missed both conversions. The pirates got a reaction right after the second try with McFarland scoring chasing a kick from his own half.

The pirates needed to score twice to win the game and launched several attacks but the rams’ defence was able to fence off their assaults.
When Southern Districts’ flanker Hillier Wilkinson tackled a player without the ball and received a deserved yellow card the chase and with it the game virtually ended.

The rams scoring another two tries with reserve prop Uini and Kajer, who moved from fullback to wing in the second part of the term.

The final result, 32 – 12, is fair representation of the game and the values on the pitch, but the rams need to improve the next two weeks to be able to put their mark on the post season.

The play offs teams are now locked with Moorabbin joining Box Hill, Harlequin and Melbourne, with the last two round still very important to decide the shape of the finals.