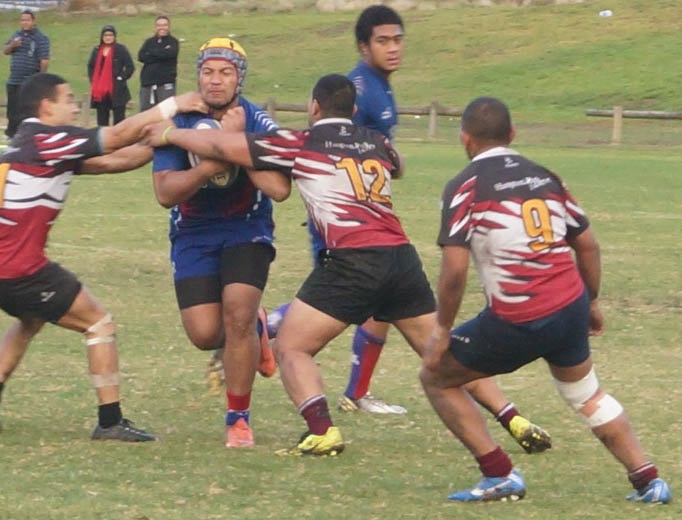 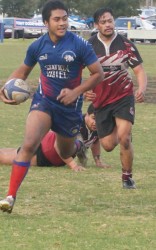 Bulldogs had plenty to feed on at the pound this weekend

In the match of the round Southern Districts beat premiers Moorabbin 42-29 at Riviera Reserve. Up by just two at the break, the home side were able to finish the job after falling short last week against Power House. Highlights of the match can be seen 8:30 Friday night on Melbourne’s only dedicated rugby programme – Ch 31’s Rugby Time

A much improved performance by Box Hill was not enough to challenge Power House at Albert Park on Saturday. The home side ran out 36-17 winners.

Harlequins kept their unbeaten run going with a comfortable home win over the students. The home side led 32-14 at the break and were unchallenged in the second half scoring a further 33 unanswered points to run out 55-14  winners

Footscray hosted Endeavour Hills at Turner Reserve and were never challenged in a 65-0 romp. Rebels’ contracted prop Cruze Ah Nau, making his debut for the Bulldogs, bagged a double in the rout, with winger Isaaka Tefuai and impressive flanker Tim Diack also grabbing two apiece. The Dogs ran in eleven tries in and have racked up 117 points in two games, but still sit outside the top five.

A sterner test awaits this weekend with the Bulldogs having travelling to Frankston to take on a  Southern Districts side in impressive form. Melbourne host Endeavour Hills and will be looking to boost their percentage against a side that has conceded at least fifty in their last two games. Uni host Box Hill in what should be a hard fought affair with Box Hill desperate for the win. In the match of the round competition leaders Harlequins travel to Albert Park to take on Power House.