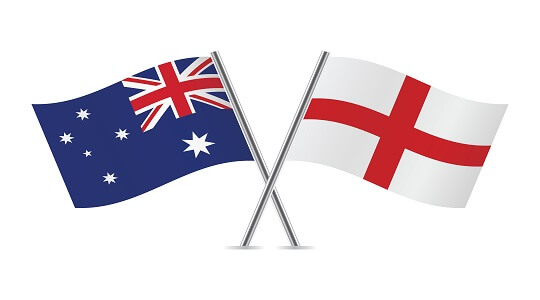 The test window has opened and with games kicking off on the weekend, this weeks Tuesday Top 5 gives you some test match “thinking points”.

With the ARU bank balance a hot topic of debate over the recent past, scrutiny always come to bear when the Wallabies are playing to see if the ARU are grabbing ever potential dollars on offer.

So with the Reds reporting attendance figures on the decline, will Queensland rugby supporters front up for the Wallabies or will it be a hard sell? With mixed reports about ticket sales it’s hard to predict but fingers crossed it’s a full house.

With the second test just over 2 weeks away how is the AAMI surface? Will it hold up? With the scrums set to feature, we can only hope that the AAMI surface does not have an influence on the game.

Will the game at the Allianz (SFS) hurt the ARU bank balance? With approximately 30,000 less seats than ANZ, it will certainly help secure a sell-out but what about the potential loss of revenue – especially if this series goes to a decider?

From the media it appears that it’s linked to future deals around the redevelopments of the Moore Park precinct and the ARU’s new facilities. Let the accountants and economists argue the points of view; money in the bank now or take a punt on future property values. I know which one pays the players and funds the game.

Will there be a supporter backlash if it’s the game that decides the series and thousands of supporters miss out due to the lower seating capacity? Crowds are dwindling so the risk of ostracising more supporters is a real risk for the ARU and the game in general.

On July 1 the Northern Hemisphere will fall into line with the Southern Hemisphere in relation to a number of minor law variations including advantage being played following a scrum collapse rather than an automatic reset.

However the variation around the maul will be brought in on June 1, with World Rugby opting to bring this in globally ahead of the June test series.

Australia, and the other Super Rugby nations have been playing under the new laws since January, so will they have an advantage in terms of not having to re-learn new rules? The new officiating of the maul did take some teams a few matches to adapt to.

Or will they find it confusing having to ‘unlearn’ the other laws they have being playing under all season? None of the changes are significant and shouldn’t pose too much of a problem, as long as players don’t forget that they can’t kick out after the siren as it won’t result in a lineout!

3. What history will be written?

So what the headlines be at the series end? Will England end the drought and upset the Wallabies? Will the Wallabies keep the unbeaten test series record against the English intact?

With the English rebuilding after the Rugby World Cup disaster, they certainly need to be taken seriously after their success in the 6 Nations. The appointment of Eddie Jones seems to have lifted their performances and it will be interesting to see the evolution of their playing style and game plan. With a strong forward pack and their backs showing some more in attack, they match up well against the current Wallaby team. This English team is a new beast. Is it their time to create some history?

Should the Wallabies be worried? I say yes! This England team is a new beast so drawing past comparisons could be a fatal mistake. With the forward packs evenly matched, and the English being proficient at a forwards dominated game I think this will be all about the respective backlines – it they can get any room and are not going backwards.

The Wallabies backline is fairly depleted after some key injuries so it will be interesting to see who gets named and how well it works. Add to this the potential for the backline to be under pressure and needing to operate without much time and space it could be a real problem for the Wallabies.

So the annual test match rituals begin. Tinfoil and pitchforks at the ready!

So who is going to be the bolter? Speculation has already started around Reece Hodge and Dane Haylett-Petty to mention a few. Or will it be about where Folau plays? Will it be a forward?

Someone will be the one, if not more – the disappointment. The told you so.

The tragedy – what we all hope doesn’t happen, but sadly injuries are part of the game and with test season just before the Super Rugby run home the impact could be significant on some teams.

And of course the scapegoats. If things don’t go well and the Wallabies lose a game someone will be made the scapegoat. If we lose the series – the tinfoil hats and pitchforks are at the ready.

Would I dare to speculate who the candidates are? Of course I will. The key candidates will be……,; not yet. Let’s wait for the results then we can discuss that in the post-game in forums.

We know you are all seasoned veterans when it comes to couch surfing during rugby season and one serving is never enough to satisfy that rugby appetite.

GAGR is again here to fulfil all of your needs (rugby ones that is). Each week of the test series the GAGR will be publishing a Test match version of the foreign exchange to keep you up to date.

5 Reasons the Wallabies will beat England
Brian Smith: Poms might knick one, at best