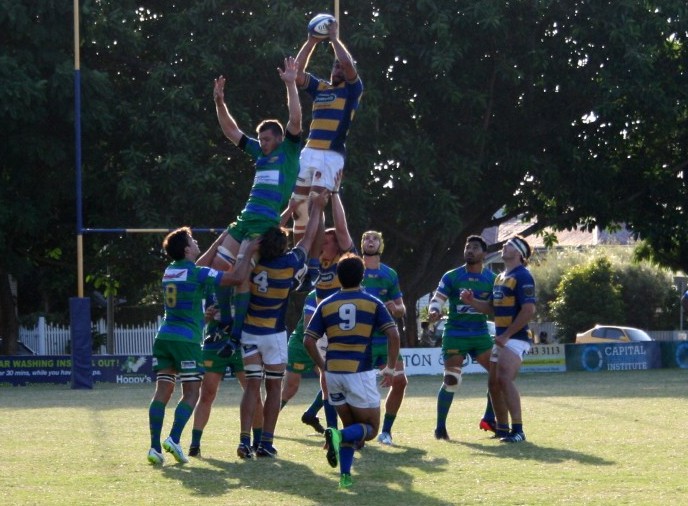 Easts secured a tense, narrow, 20-18 victory over GPS after an error-filled, physical battle at Bottomley Park on Saturday afternoon. Victory handed the Tigers the Cromwell Cup and maintained their unbeaten start to the season with two successive wins.

In front of a raucous crowd at David Wilson Field, GPS were left to rue their missed opportunities after remaining in contention despite having three men sent to the bin. Full back Jason Hofmeyr had two opportunities at the death to secure the visitors victory in their first competitive match of the season, but both penalties were wide of the mark – handing Easts the win.

The two sides have shared a tense rivalry since meeting in the 2013 Grand Final – and despite the changes in personnel, this intensity was evident on Saturday. Referee Simon Moore showed 4 yellow cards and blew for 29 penalties in a game that featured two all in brawls.

During an error-strewn game it was Easts who took the early initiative, with an Andrew Krelle penalty after 10 minutes giving the home side a 3-0 lead.

Easts further cemented their early dominance during a turgid twenty minute period following taking the lead. In a passage of play that won’t be remembered fondly by the outside backs, the forwards engaged in a physical arm wrestle on the GPS five meter line, involving six scrums, numerous resets and maul galore.

Moore twice spoke to GPS captain Ryan Freney, but East’s pressure eventually told and a penalty try was awarded. To add further insult to GPS – and the delight of the packed grandstand, prop Nick Sykes was shown the game’s first yellow card, forcing a readjustment in the front row for the visitors.

Prior to kick off, the GPS side were heard to call, “This is our first opportunity as a group, let’s put everything together.” And the high error count could be attributed to this being their first hit out after last week’s bye, but after another period of error-strewn play, the visitors put together a solid passage of play to get onto the scoreboard.

Hofmeyr turned down a kickable penalty to kick for touch and from the resulting line out, the GPS forwards formed a rolling maul. When the maul crashed over the Easts try line, it was flanker Waita Setu who emerged with the ball to claim his first try of the match.

With five minutes left in the half, the simmering tension boiled over in the first all-in brawl, and after a long consultation with his touch judge, Moore sent Jonasa Davulo to the bin. The giant Easts lock could count himself unfortunate, as GPS fly-half Edan Campbell-O’Brien looked to be equally culpable for starting the initial scuffle.

Hofmeyr slotted the resulting penalty to get the visitors within a score of the lead going into half time, but the two teams were not done with each other just yet.

GPS hooker Feleti Kaitu’u instigated another brawl after tangling with his opposite number, Andrew Ready. This time the GPS man saw yellow and the personnel numbers were levelled. Krelle missed the relatively straight forward penalty, sending the teams to half time poised at 10-8.

At the start of the second half, the Gallopers flew out of the blocks. In moving the ball across the field, they manoeuvred the home defence until Setu found space to crash over in the corner – after a superb offload from centre Somi Pulu – to record his second try. 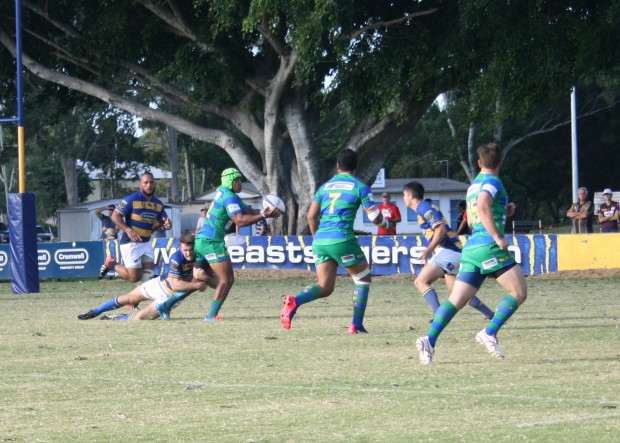 Hofmeyr nailed the tough, touchline conversion to move GPS ahead for the first time in the game, 15-10.

Although both sides continued to be sloppy with possession, it was the visitors who looked the better for the half time break, forcing four successive turnovers from the Tigers to deprive them time with the ball.

When Hofmeyr scored another simple penalty to give GPS an 8 point lead half way through the second half, it looked like momentum had swung into the visitors favour. But backed by a strong home crowd, the Tigers were not out of it yet.

Deprived of quality ball for the majority of the second half, it was the Easts backline who made the breakthrough. Toby White at inside centre scythed through the GPS defence after running an incisive line to score under the posts.

Krelle’s conversion reduced the deficit to just 1 point, and the packed main stand at Bottomley knew they were witnessing a change in momentum.

Despite the Tigers repeatedly turning the ball back over to their guests, the mounting pressure the home side were creating caused GPS discipline to break down until a kickable penalty was awarded. GPS suffered their 3rd yellow card of the match when substitute King was sent to the bin and Krelle’s second successful penalty gave his side a two point lead.

As the game marched inexorably towards its thrilling crescendo, GPS earned two golden opportunities to win the game from the boot of Hofmeyr. But the full-back fell short with his first attempt and hooked his second shot wide of the left upright, handing Easts their second win of the competition. 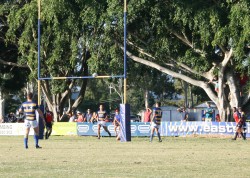 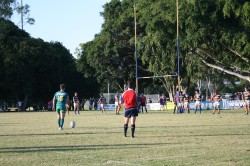 Easts fullback Elliot Hagen said post game, “It was great to get our second win out of two. We lost our last trial game prior to the match with Norths last week so that match felt a bit like a trial in the sense of getting the combinations right. It’s good to get a win against a strong GPS side.”

On the underlying tension during the match, Hagen said, “That was definitely our hardest hit out, I was glad I was at full back rather than in the forwards! The boys had said this would be a tough game, and there was lots of niggle right from the first tackle.” 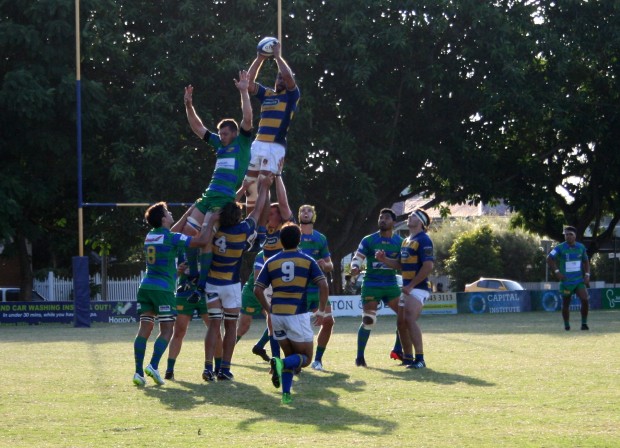 Easts win a lineout against GPS at Bottomley Park. 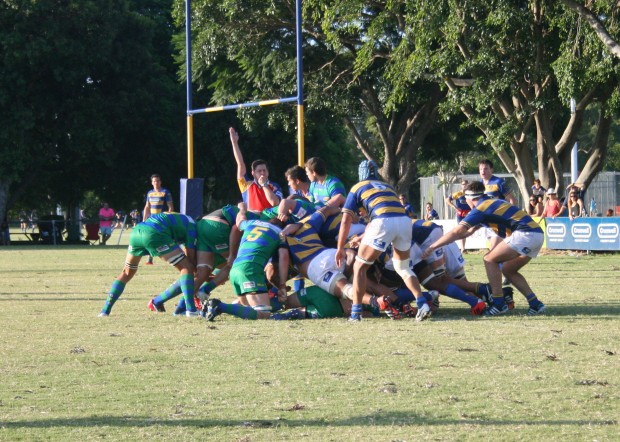 Referee Simon Moore gives one of 29 penalties in the game. 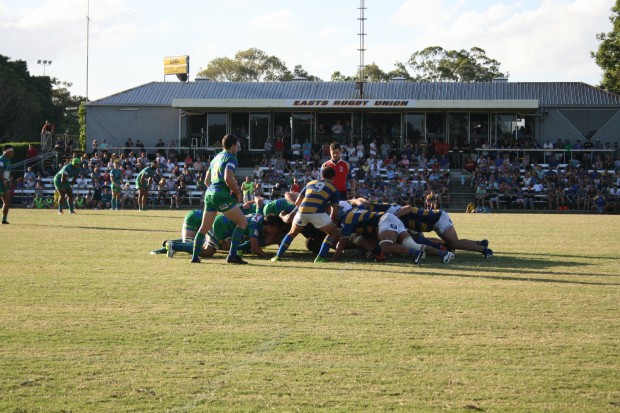 Scrum between Easts and GPS at Bottomley Park.