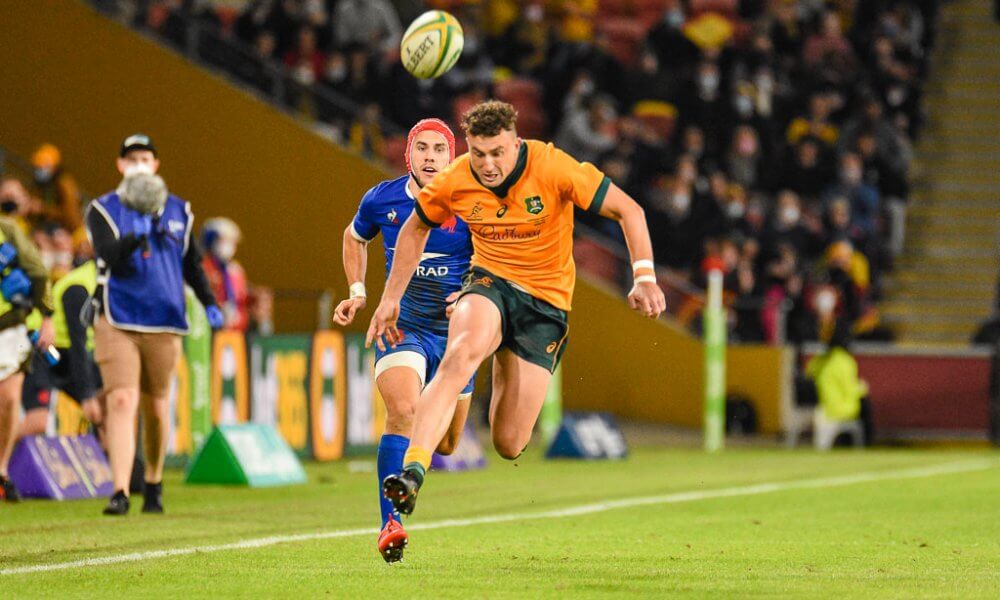 Happy Monday GAGRs and welcome to the news for today! I trust that you all had a safe weekend wherever you may be in Australia and overseas. This week, we’ll recap the British and Irish Lions v Springboks decider, the Australia v New Zealand First Bledisloe, a discussion about law changes and my thoughts on letting the players, well, play! Happy commenting!

Nutta has provided the third installment of the series here although I shall paraphrase him now; however, I’ll take a wee bit of journalistic privilege: “This series was a contest to see who could not lose more”. I must say that this tour has been a total disaster from a rugby point of view (despite my earlier positivity and excitement). There was very little substance outside of box kicking and flickers of excellence from players like Kolbe, et al. Alongside this we had Erasmus-gate and the verbal mind games that, in reality, did nothing except bring the game into disrepute. Furthermore, we watched matches devoid of any real spectacle and no real atmosphere due to the Covid restrictions. All in all, a very disappointing result for the hype of the series and what is a vaunted spectacle for the game. Whilst no side likes to lose, there is a difference between playing the game and merely attempting to survive on ‘winning’ kickable penalties. Both sides were guilty of this mindset and each must take a long, hard look at themselves if they believe this is the standard of rugby that this type of series deserves. The Lions tour is one of the last bastions of a bygone era, with the realities of professionalism chomping at its heels. There may well be the history and the honour of being selected; however, the tour is on the precipice of becoming a much slimmer ‘series’. How the three matches turned out left quite a lot to be desired. Both sides share the blame (and the ongoing responsibility) to improve this for all involved.

The Wallabies went down to the All Blacks 33 – 25 at the visiting side’s graveyard: Eden Park. BLL has compiled an excellent recap of the match here.

My own viewpoint is that we all but lost the game in the first 10 minutes. After the first line-out where the Wallabies were awarded a penalty for playing the man in the air, we then lost the next four line-outs. Every single one of these were in decent attacking position and all but stifled out attack. Furthermore, this affects the confidence of the entire forward pack and leads to uncertainty. Whilst we did improve in this area as the game went on, it was all but too late.

We have also seen why it’s crucial to play in foreign conditions. Noah Lolesio, who nailed if not all, then most, of his kicks off the tee in the France series and was rightly commended for doing so, by his own admission, couldn’t kick to save himself. The conditions in Auckland were tricky to say the absolute least. The wind played havoc (as Tom Banks’ face found out with a Beale-esque falcon!) and made it difficult for any kicker, especially one without any form of familiarity with how the wind operates in the Auckland area/within Eden Park.

Finally, I agree with Dave Rennie that there was plenty to take out of the first match. Whilst some may ‘pooh pooh’ the effort in coming back to get within cooee and lay this at the feet of a New Zealand side taking their foot off the pedal, it has been all too familiar to see recent Wallabies sides capitulate in the last 20 minutes. I thought that Matt Phillip and Fraser McReight provided huge impact off the bench, as did two cows. I still believe that Rennie is missing a trick with Bobby Valetini and isn’t playing him in the same destructive way the Brumbies utilised his skill set; however, the Kiwi sides are far better equipped to handle his style of game, too.

Law Changes – What to Change and Why?

As a local referee, it is always interesting to see any law changes, variations or trials. In particular, it is curious to see what they may do at the professional level that can be brought into the community game, too.

Nigel Owens, in the aftermath of the Lions v Boks game, named three areas that he would like changed, two of which may be interesting in the local game:

I think that the first is the easiest one to implement yet also covered in its own difficulty. As a similar example, referees police the line-out throws by way of the throw being within the scope of the inside shoulder of the jumper. It always bemuses me that teams deliberately close the gap as it reduces the margin of error that their own throwing hooker has (though I digress that there are arts of a line-out as there are in a scrum). I was pleased to hear Monsieur Raynal police this in the third BIL test. Owens makes an exceptionally valid point though. There was a concerted period a few years ago to tidy the scrum up in terms of feeds. This is also an area that is easily brought into the community game. Unfortunately, the attitude towards scrums, especially so in the Southern Hemisphere in a general sense, is that scrums are a way to restart games (a la thugby league) rather than a genuine contest for the ball. Despite the pleas from genuine rugby fans of the not straight call for scrums, I can only imagine the bickering that may come if this is policed and more scrums occur because of this. I have noticed in Australia that there is a significant under-appreciation of the scrum in this country in a general sense, as well as a lack of understanding about what is actually happening: the excuse of ‘scrumming dark arts’ is utilised instead of actually learning the relatively simple dynamics of a scrum. As Dan Palmer says, ‘it’s simple physics!’.

The second idea is one that I would like to see instituted in professional rugby; however, again, I can see the difficulties and, as a cynic of how some countries and sides push the limits, is fraught with danger, too. It would certainly be interesting in theory, though I suspect that, without independent doctors, it would be difficult to police whethere there is a genuine injury or a repetition of Bloodgate in c. 2009 with Quins in the UK. Similarly in club land, only four reserves in some levels would be impossible.

The third is attributed solely towards the professional match. One thing that Monsieur Raynal did (similarly to Owens/Barnes/Gardner, et al.) is the utilisation of the TMO in the background. Although this is an organic occurrence in the professional game in any case (as I have had the role of TMO assist on a number of occasions), it ought to be come the common practice rather than the continuous stoppages we see in other matches. One phrase that I have loved as a referee is “clear and obvious”. This ought to be utilised more, too. I appreciate that there will be chagrin either way; however, sport is sport and there will always be 50% minimum of fans pissed off at any decision, irrespective of accuracy.

For the second time in this series, the Springboks have been noted to have support staff influencing the match in decisive moments. Initially, Erasmus was acting as a water person for his side. Whilst not technically breaching any World Rugby laws, it’s hard to place this as anything other than a breach of the ‘spirit of the game’. In the third test, there is video evidence of the team doctor appearing to issue instructions to the Springbok defensive line approx. 5m out from the try line. The difference here is that, under match-day operations manuals for each series, there are specific instructions for medical support staff. Generally speaking, any water persons or tee persons are to remain strictly ‘in the box’. There is generally one medical doctor to roam the sideline but not in the way of the ARs. Quite clearly in (most, if not all) competition manuals for each of these roles is specific passage that they are not to provide any form of coaching or instruction. In practice, this is difficult to police; however, there is still scope for World Rugby to ensure that nations/teams abide by the guidelines set out. The absolute last thing the game needs is for its own version of Alfie Langer in every big match in the background. Imagine Sir Richie standing in a fluro trainer’s vest behind the ruck directing the AB #7 on the precise angle to enter the ruck… Rugby Gods have mercy!