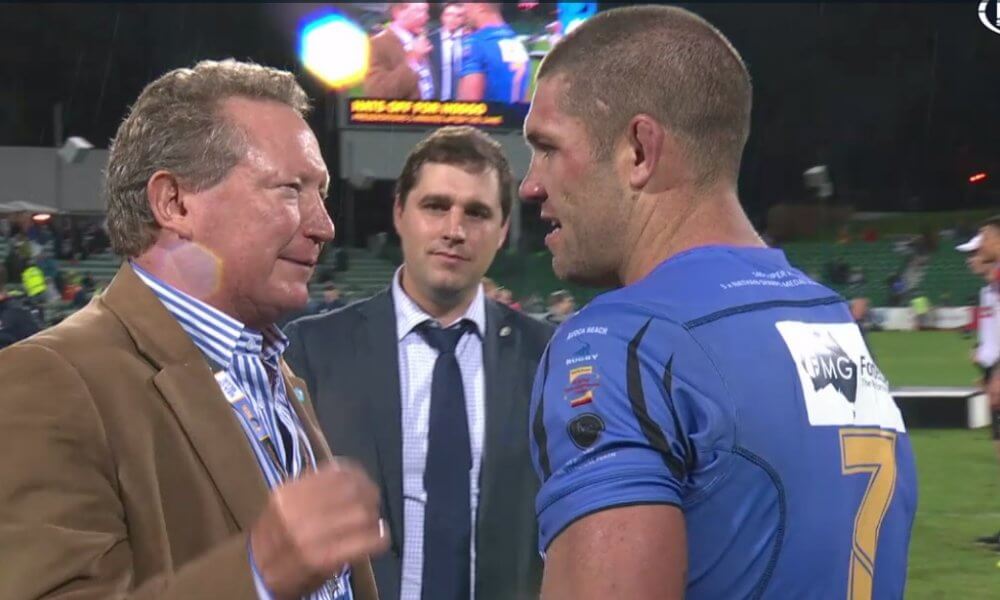 Monday’s Rugby News has the Super quarters draw, the Force getting support from a gorillionaire, Daryl Gibson sounding a bit lost, and the Knob King, Alan Jones. 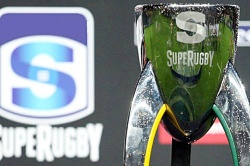 The Crusaders were one game away from an undefeated season, but not only did their loss to the Hurricanes break their streak, it also relegated them to 2nd place.

That means the Lions came first, and will now have home advantage all the way to the grand final – if they get there.

The Brumbies, with 6 wins from 15 games, will face the Hurricanes (12 wins). Brilliant stuff this Super Rugby.

Here are the quarterfinals (all times ECE time):

And for what it’s worth, here’s the Australian conference. 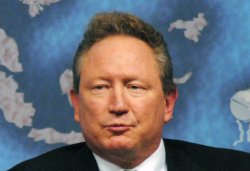 Andrew ‘Twiggy’ Forrest, the bloke who came up with the brilliant idea to dig shit out of the ground and flog it to the Chinese, has come up with another brilliant idea – he’s going to back the Force!

Forrest addressed the Force players after their 40-11 win over the Waratahs, while the team was in a post-match huddle on the field, vaguely saying words to the effect that’ll he support the Force’s fight to stay in Super by any means.

While it’s a bit hard to find the exact words he said post-game to post for youse, here’s what he said when rugby.com.au caught up with him:

When asked what ‘standing completely behind the Western Force’ meant, Forrest replied:

“The full spectrum of support,” he said.

“It’s not just me, it’s people who support me, who I support right across the broad spectrum of Western Australia, who are proud of the Western Force, proud of what’s been achieved, recognise that we can be so much better and are not going to let us be snuffed out when we’re just starting to excel.”

Part of the reason Forrest has decided to back the Force (at the last minute) is because of his love for rugby [is this true? can anyone verify?]:

“I love the game, I love the community-building spirit,” he said. “I love the fact it adds diversity of sport in Western Australia. I particularly respect the collegiality which rugby brings to any community it’s part of.” 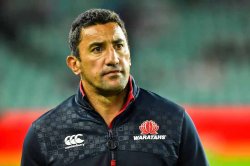 Tahs coach Daryl Gibson has insisted his team didn’t roll over during their huge loss against the Force, despite evidence to the contrary.

“It’s fair to say we’re pretty low,” Gibson told the SMH. “It’s been a season of lows and to finish off in that manner is incredibly disappointing. Credit to the Force, they played better wet weather rugby [despite living next to a desert] and thoroughly deserved their win. They showed a lot of fight and desire.

“I don’t think we’d ever put up the white flag but certainly that losing spiral is a difficult one to break. They played excellent and deserved their win.”

Gibson who take on a dual role as backs coach next year, as the Waratahs don’t have enough money to hire an extra coach. Michael Hooper, being 1 of only 4 or 5 senior Waratahs who gives a shit is mad too.

“It’s unfortunate that you have to have a season like this but within this season I can say that young players, 22-24 range will learn a hell of a lot,” the man who has a nuclear power plant for a heart told rugby.com.au.

“I know I’ve learned a hell of a lot and we won’t be back here (playing poorly, not Perth) again.”

Furthermore Hooper reckons the Waratahs can be good next year.

“We’ve got the playing group to do it, we’ve got the coaches to do it, I think the desire after a season like this couldn’t be stronger,” he said.

“I wish I was going straight into another season and can look at how we can get better straight away. I wish we were playing next week to make amends.”

Return of the Jones 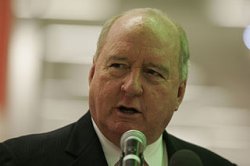 The Daily Telegraph is bouncing up and down with its exclusive news that Alan Jones is set to coach the Barbarians when the invitational club plays the Wallabies later this year.

Except that no one’s really excited and this is a really, really bad idea.

“But undoubtedly the most mouth-watering part will be the prospect of Jones going head-to-head with current Wallabies coach Michael Cheika,” toots the report.

Hey, remember when Jones likened Lebanese-Australians to “vermin” during the Cronulla Riots? Haha, what a great guy! Wonder how Cheika, son of Lebanese immigrants, feels about that.

But I digress. This is about the rugby, and not about Jones. And Jones is back for the rugby, and he’s not here because, for the sake of argument, he has some constant demand to be the centre of attention.

“I have a commitment from them firstly that it was a serious affair,” Jones said, probably very loudly. “I would want the game to be a serious match. We are playing the Wallabies.”

The game is set to take place at Allianz Stadium on 28 October, one week before the Wallabies go to Brisbane to play the 3rd Bledisloe and from then on, their European tour.

On top of that, the organisers of the game – TLA Worldwide – have a short little poll over here. You can vote for things like the kickoff time, the half-time entertainment, and which club player you want to play for the Barbarians.

If you wanna hear Alan Jones crap on about himself, here’s the article.

Hey guys. Should be podcasting tomorrow. Sorry we are a day late again. Cheers