The NSW Country Eagles have made the biggest statement of the NRC so far this season with an absolute shellacking of an all-star Canberra Vikings today. On a seemingly delightful Sunday afternoon in Canberra no one could have predicted the events that will soon to unfold between these two first round winners.

The Eagles came out of the blocks at 100km/hour whilst questions have to be asked as to whether the Vikings actually made it out of the change room. The stage was set within minutes when Eagles winger, Alex Newsome, intercepted a Joe Powell pass down the short blind and raced away to score.

Vikings fullback, Robbie Coleman, joined the growing number of NRC players to receive Yellow Cards this round and soon after Eagles flanker, Rowan Perry, had scooped up a loose Patty Ryan offload to dive over and score the 2nd away team try in less than ten minutes. 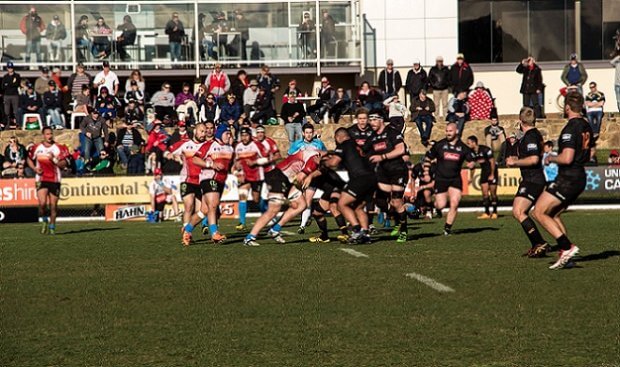 A quiet ten minutes followed where the Vikings tried to regain composure, but it would be the only ten minutes of respite they would get in the half as first Sam Ward and then Ned Hannigan would find their way over the try line to put the Eagles up 30-0 within half an hour in front of a shocked local crowd.

Whatever was said at half time had pretty much zero effect as the Eagles continued to attack and the Vikings continued to let them. After a long run, the Eagles were awarded a penalty for captain Ryan to take the quick tap, truck it up and throw some sort of off-load to his support, where Kyle Godwin cleaned up and powered over.

Then before the kicking tee was back in the kit bag, it was needed again after Perry scored his 2nd following a speculative inside flick by Newsome metres from the line. And if you thought that was special, it was nothing on the pinpoint cross field kick from Dave Horwitz that found the arms of Reece Robinson to race away to score another. Newsome then snagged another intercept and the score was now 60-0 as the game clocked ticked over to one hour.

Finally, after changes were wrung and some Eagles yellow cards, the Vikings were able to score some late tries to at least finish the game off the dreaded duck. But the tries did nothing to diminish the loud and clear message from the Eagles as to their premiership aspirations. They now sit in second spot on the ladder, just one point behind the Sydney Rays.

The Canberra Vikings have some massive regrouping to do as they travel to Ballymore this Sunday to challenge Brisbane City for the Horan-Little Shield. NSW Country, meanwhile, hit the road for their first away home game as they host the Melbourne Rising in Tamworth. 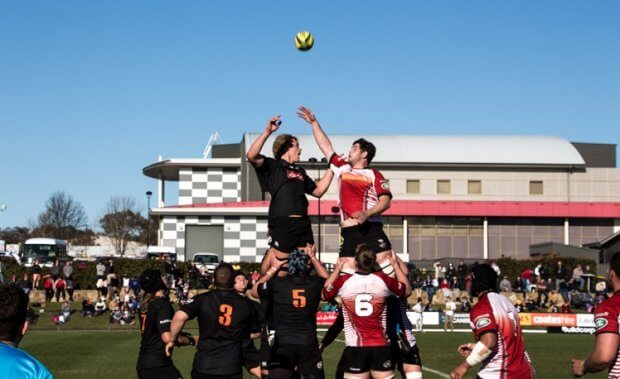 Whomever chose for the NSW Country Eagles’ away jerseys to be all black, because this was a pretty good impression of the All Black team. There was never a turning point in this game, as it was one way traffic from the start.

Plenty of Eagle options here including Sam Ward and David Horwitz but the award goes to open side Rowan Perry who did his best impersonation of perpetual motion but being involved in everything. Was rewarded with two tries and, of course, this award!

Sam Ward was huge for the Eagles making a number of strong and long runs, while Alex Newsome out wide showed tremendous opportunism and speed to bag a couple of tries. I’m not sure if Perry or flyhalf Andrew Deegan have contracts for next year, but they were very good as well.