Allegations of a country rugby match… 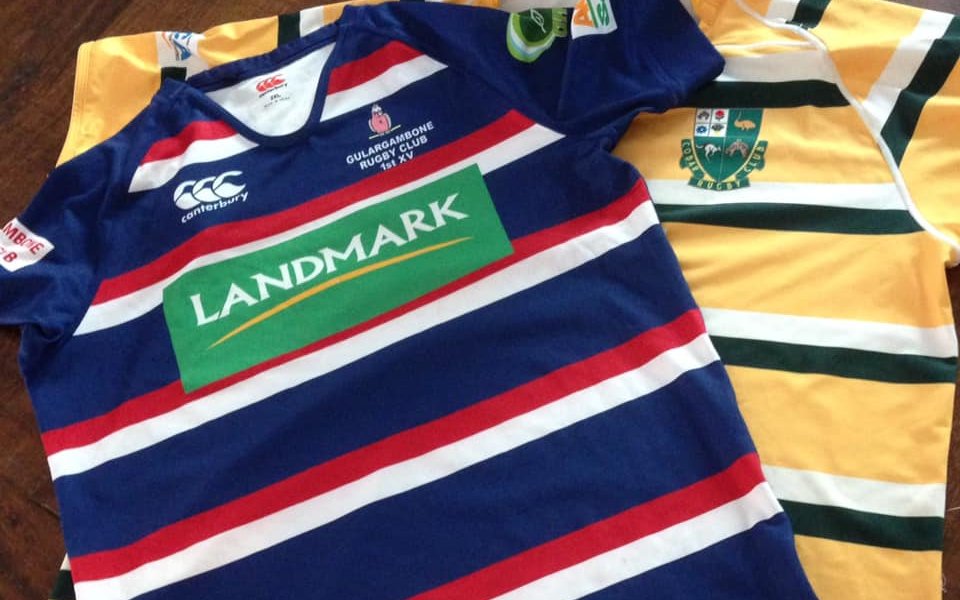 Allegations of a country rugby match…

I am the first to admit I’m a lucky man regarding a great many things in life.

And one of those beautiful things I am too lucky to be blessed with is the privilege of being associated with our game in some small ways.

From 1979, when I first tucked a ball on a muddy and miserable day in sub-glacial Tumut and ran towards other lads from Cootamundra (who were likely as equally refrigerated and terrified as I), through even to now, I am deeply conscious of the beauty of the trough at which I stand on the edge, pull on some 21mm studs yet again, and launch myself to wit to wallow.

And wallow I do. Unashamedly. Bloodied, muddied and vaccinated with rum. Powered by sausage, onion & bacon BBQ sandwiches. And inspired by not a little … just a bit more … whisky.

Along the journey I have been lucky enough to play rugby in some unusual places. Coming from very humble country NSW rugby roots and without ever being a school 1st XV hero or such, I’ve somehow managed to beg, con, bluff, lie and connive my way into games on such hallowed turf as Murrayfield, Lansdowne Road and even Cardiff Arms. But while indeed special, those matches pale in my memory when compared to the deeply tribal inter-village warfare experienced in the highlands of Scotland, the borderlands of Ireland and the valleys of Wales. And those exist on a different plane again from the matches of profound obscurity played out in such rugby meccas as Poland, Turkey, Jerusalem and … Deniliquin (go you Deni Drovers!).

Anyway, some 15 odd years ago, I just happened to have a bye weekend in my regular zone and by a mix of comical and unlikely circumstances involving our new baby, some rude prick at the front gate to a footy oval and then running into an old schoolmate (‘Of course I’ve got boots in my ute!’), I wound up playing a completely random game for the ever-defiant Narromine Gorillas. It was a day of gutsy country rugby at its Bundy & dusty finest. The full story of how that came to pass and its ramifications is an epic saga in its own right and not for today.

However, it did start a little tradition of mine whereby every now and again, I try to get involved in a completely random country game of no fan-fare or consequence for anyone other than for those that took part. But for them, it is deadly serious.

See for me, the beauty of our game lies not in grey concrete stadiums of over-priced tickets, or in lines of coiffured professionals with expensive headphones and matching tracksuits de-training from luxury coaches, but in those dozens of otherwise forgotten games played every Saturday in the arse end of nowhere when “From Where?” plays “Against Whom?”. When ordinary fellas (and gals now) drive the miles, strap an ankle, fly into tackles, shake some hands, skoll some beers and then quietly go back to their tractors, mines, classrooms and welding kits.

And then they do it all again next Saturday.

And I make sure I buy steak-sangas and raffle tickets, shout more beers in return than were shouted for me (I’m no bloody whisperer), and be sure to repay my debt to the rugby gods by swapping (or perhaps purloining) a jersey or three.

So yes, I am a rugby player of light skirts and ill-repute. I am not a whore (they get paid). I am proudly amateur. I do it for nowt but love of the game and to satiate this mad compulsion to acquire rugby jerseys.

Judge me as you will.

As such the weekend just gone saw this rugby wanderer go walkabout yet again, after the Covid hibernation of the year gone, to see some tackles made, whisky drank and perhaps a little blood spilt on hitherto untrodden fields. And so with great enthusiasm, a little trepidation and not much by way of skill or speed, I found myself pulling on the tight head jersey for the indomitable Gulargambone Galahs against the redoubtable Cobar Camels. I confess to have had some nerves strapping on the 21mm in such a mighty metropolis as Gilgandra (about 1hour north of Dubbo). But, with visions swimming of the great rugby struggles of yore – the Greeks defensive efforts tackling the Persians at the Battle of Thermopylae or Earl Cardigan taking up the crash ball at the Battle of Balaclava – I did duly gird my loins for the coming clash on the banks of the Castlereagh River at the Battle of McGrane Oval (behind the high school at the end of Milda Street). 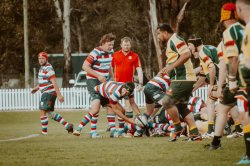 And my fears seemed perhaps well-founded when one of our fearless number near knocked himself and his opponent clean out contesting the opening kick-off. I did pause but momentarily and thought ‘Bloody hell old mate, whatchadoin here?’ But into it we settled, and belted it out we did. The rugby was certainly raw-boned and willing. No quarter was asked and certainly none was given in the ruck or the tackle. What it lacked in ‘Super Rugby Subtlety’ it more than made up for in directness and heart. So yes it was played hard, bloody hard for that matter, but above all it was played with no malice.

And when the mud finally settled it was grand to come away with a solid ‘a few points to a bit less’ win to the Galahs. 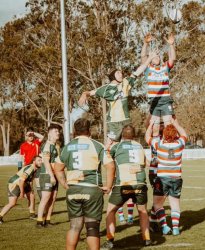 The post-match escapades did duly commence at the Royal Hotel with jersey-swapping, boat-races, lies and late-night scrum binding clinics under the ancient grapevine. But such secrets should remain so – secrets.

I have to call out that the Gulargambone rugby hospitality was faultless. I am indebted to their generosity. It never ceases to amaze me the open-hearted welcome you get in little clubs, even for never-was-so-cannot-be-a-has-been warhorses like me. And likewise big ups to the Cobar Camels who travelled near 5 hours each way for a game of rugby, a BBQ and too many beers.

Yes city folk, you read that right, 5 hours each way. So the next time someone arcs-up about Colleagues v Blue Mountains…

That’s country rugby. And what a beautiful thing it is.

So I’ll end this story of allegations, falsehoods and the barest smattering of truths here with a massive thanks to Gular, a nod towards the worthy foe of Cobar and a plug for Gil on the banks of the Castlereagh River ($89 motel rooms with brekky!).

I’ve two more jerseys in the vault, and I’m even more smitten with this game today than I was before (if that’s possible). 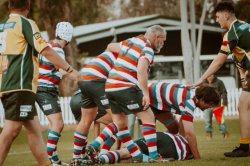