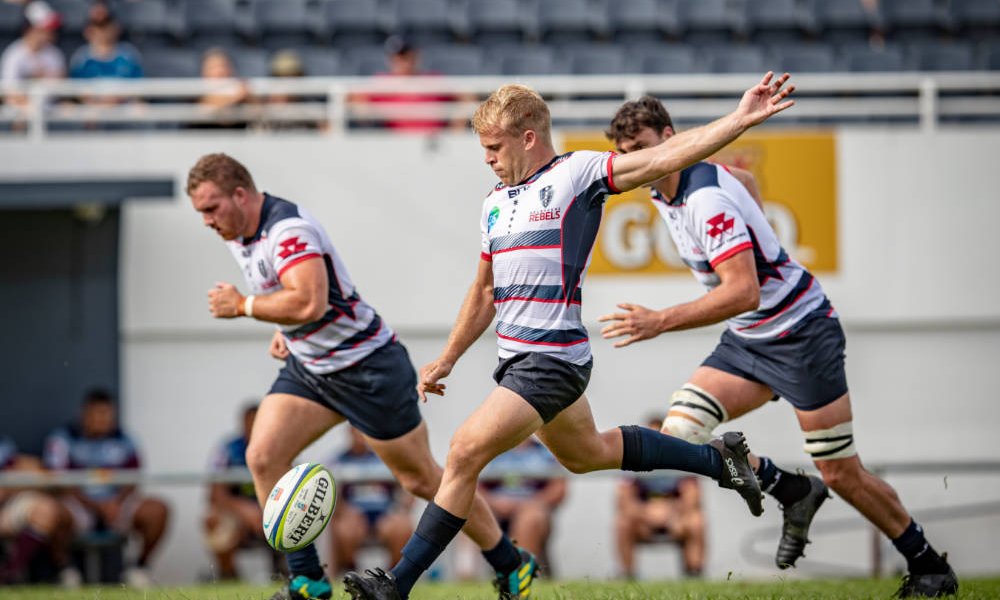 Thursday’s Rugby news celebrates the return of Super Rugby, reveals potential private investment into the game in Australia, reports on community rugby’s return to play, and casts an eye over emerging players in Super Rugby AU. 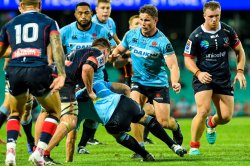 Super Rugby in Australia is back after RA was able to officially confirm the kick-off date after coming to an agreement on a broadcast deal with Fox. The first round of the inaugural Super Rugby AU will see the Reds take on the Waratahs at Suncorp Stadium on Friday 3 July and the Brumbies going up against the Rebels in Canberra on 4 July. The Western Force will have to wait a week to get involved in the action, with the full draw to be confirmed today.

In unfortunate news for Brumbies fans (and a saving grace for Tahs fans), all Australian teams will start on zero points following the suspension of Super Rugby for this year. They will play each other twice before a two-week finals series, culminating in a September 19 grand final.

Despite Super Rugby Aotearoa enjoying the roar of the crowd for this weekend, as it stands our competition will be played without fans at the games until the advice around COVID-19 restrictions changes.

“We are excited to announce the return of professional rugby in Australia and the kick-off of Vodafone Super Rugby AU on 3 July,” Rugby AU CEO Rob Clarke said in a statement. Clarke was thankful that Fox came to the rescue to broadcast this season.

“A huge thanks goes to our broadcast partner of 25 years, Fox Sports, who have backed the revised competition format for 2020 and have delivered the best possible news to rugby fans across the country today.”

The international season is till yet to be confirmed with Clarke stating: “We will continue to work closely with Fox Sports and Foxtel on the schedule for the international season following the revised Super Rugby tournament and look forward to making further exciting announcements with regards to our 2020 Test match schedule over the coming weeks.”

Super Rugby AU will feature a number of experimental law changes, with Clarke revealing: “Fans can also expect to see something different during the new season, as we use the opportunity to innovate and push the boundaries and we look forward to showcasing a new brand of Rugby throughout this 12-week competition.” 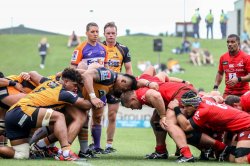 It is being reported that global private equity firm Kohlberg Kravis Roberts is in talks with Rugby Australia to make a considerable investment in the code.

Their Australian arm is discussing taking a stake in the sport worth “hundreds of millions of dollars”, says Georgina Robinson at the Sydney Morning Herald.

According to “people in the know”, parties met last week and discussions included a new 2021 competition model that will “most likely dismantle the 25-year-old SANZAAR partnership at Super Rugby level and put Australia’s interests first.”

Incoming Rugby Australia chairman Hamish McLennan claimed that Test rugby and the grassroots game would not be touched, but the future of Super Rugby remains up in the air.

“I haven’t spoken to KKR directly but obviously they are a seasoned and highly respected firm,” McLennan said.

“We’ve had good inbound interest from UK and American private equity firms and I’m very open to continuing those discussions at a Super Rugby level. The time is right to have these discussions as we look to alternate funding mechanisms for the game. Anything I can do to free cash up to reinvest in grassroots rugby will be good for the game.”

In recent times, private equity firms have taken a serious look at the sport of Rugby Union. CVC has already invested in the Six Nations, the UK Premiership and the Pro 14 and are looking at South Africa next, while New Zealand rugby has been courting interest from Silver Lake investments.

Professional rugby in Australia is in a precarious position, with RA having no broadcast deal locked in for 2021 and onwards. Given the sport here is looking for large scale change, it may make an attractive investment for an external party. Is it time the game here looks to non-traditional models of funding to ensure its long-term future? 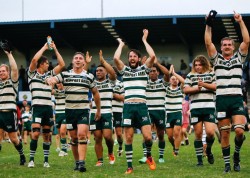 The Shute Shield is tentatively planning to return to play, with proposed dates of either 18 July or 25 July established as a goal to resume the competition. This follows the announcement from the NSW government that all restrictions for community sport would be lifted at the end of this month.

At the moment, community rugby teams in NSW are training in groups of 10 but without contact under Return to Play protocols, and as it stands, full contact in larger groups won’t happen until 1 July.

NSW Rugby and the SRU beleive players need a number of weeks of full training to prepare their bodies until any competition could resume.

“Competitions don’t necessarily start on July 1 but you can start making contact,” NSW Rugby boss Paul Doorn told the Sydney Morning Herald. “One of our scenarios was that Shute Shield and other competitions would start on 18 or 25 of July and, if you can start having training with contact from 1 July, that works in with that timing.”

The exact start date for Shute Shield will be locked in soon, albeit with a modified draw, and there might be a chance of crowds by that time.

This follows Queensland Rugby Union (QRU) announcement of an 11-Round draw for the 2020 Queensland Premier Rugby season that would see players in action by August. QRU have mapped out a return to training plan, beginning on 12 June, which would see the Hospital Challenge Cup resume on 1 August.

Club circumstances have to be carefully considered, with some clubs around Australia unable to field a competitive team. Easts Rugby Club in Canberra has already withdrawn from Premier Rugby for the 2020 season. 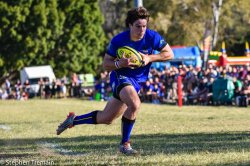 There are number of young guns champing at the bit to start Super Rugby AU when the season kicks off on 3 July. It is hoped that the domestic competition will give Super Rugby teams a chance to blood some up-and-coming players by giving them more opportunity for game time.

Brumbies flyhalfs Noah Lolesio and Reesjan Pasitoa are fighting it for starting spots, with Lolesio starting strong this season. Pasitoa has been given limited opportunities for the Brumbies this season, coming off the bench against the Highlanders in round three and the Sunwolves in round six, and is fighting hard for his first start.

“[On] my debut, probably the big thing was the belief that the boys and the staff had in me that I was able to step up a level and get out there so the big thing was my confidence and belief that I was ready,” he said. “Another thing I learned on top of that was to always back myself, I’m a pretty confident person but having them believe in me probably helped that too.”

Another Brumbies colt is poised for a big year. Billy Pollard, one of the stars of the 2019 Australian Schools, is learning off Test hooker Folau Fainga’a, and is challenging back-ups Connal McInerney and Lachlan Lonergan.

At the Reds, schoolboy star Mac Grealy maybe a bolter for a match day start following the departure of Isaac Lucas. Grealy is a new addition to the Reds squad, after finishing school at Toowoomba’s Downlands College.

“It’s been really good to get a taste of the next level at Reds training and I’ve been trying to pick up things from James, Bryce (Hegarty) and Jock (Campbell) about fullback play,” Grealy said.

Across the other teams, there is many more exciting young prospects pushing the elder statements. Will Harrison has been in the hot seat for the entire season at the Tahs, while his team mate Carlo Tizzano has been pushing skipper Michael Hooper. it will be interesting to see who emerges from the Rebels and Force squads if player rotation is used effectively. Who should we be keeping an eye out for?