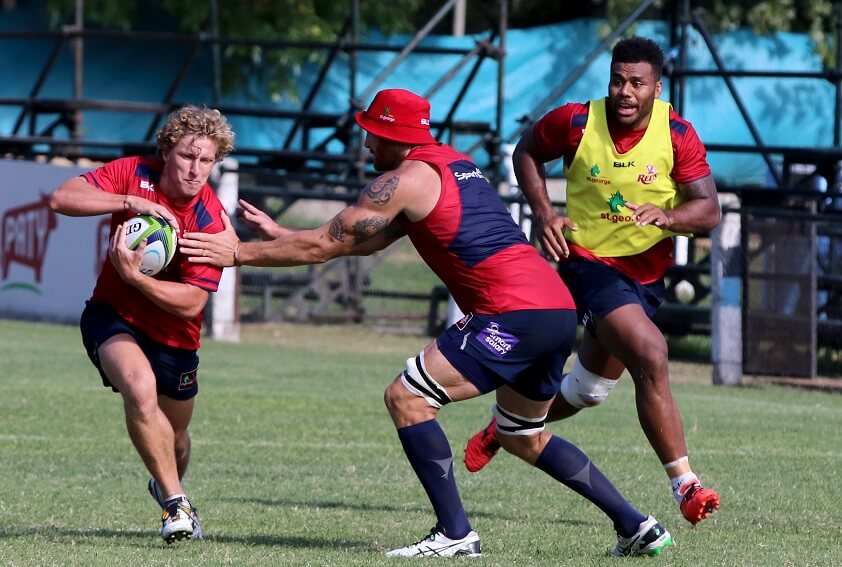 The Reds are bordering on the tour from hell fresh on the back of their spanking at the hands of the Lions last weekend which included a season ending injury to skipper James Slipper, a suspension for flyhalf Quade Cooper and a whole lot of yuk in terms of game play.

Meanwhile the Jaguares seem to have found their Super Rugby groove after the letdown that was their debut year in 2016. The Argentines are sitting on the top of their conference having just dropped the one game, against the Stormers in Round 2, while enjoying big wins against the Kings, Lions and the Cheetahs.

Changes were always going to happen for the Reds because of the unavailability of Cooper and Slipper.  Slipper’s absence will prove the toughest to fill as rookie Markus Vanzati, not even contracted to the Reds this time last year, gets his first Super Rugby start on the loose head side of the scrum. It means the uncapped Kirwan Sanday comes on to the bench with Sef Fa’agase still injured.

To add a little starch and experience to the front row, Wallaby captain Stephen Moore regains a starting spot at hooker. Moore and Vanzati are two of five changes to the starting pack as Izack Rodda replaces Rob Simmons while Adam Korczyk and Leroy Houston will start on each side of the scrum for George Smith and Hendrick Tui.

Jake McIntyre’s elevation to the starting side for Quade Cooper was always anticipated, however he finds himself partnered with James Tuttle, also making his starting debut. It’s fair to say the McIntyre/Tuttle combination is a more traditional halves combo, based more on distribution than the out and out play making duo of Quade and Nick Frisby.

Deservedly the 12-15 remain the same as consistent performers so far this season. A name to note is Lachlan Maranta, the former Brisbane Bronco, who is line to make his Super Rugby debut having been flown over from Brisbane to replace Cooper. 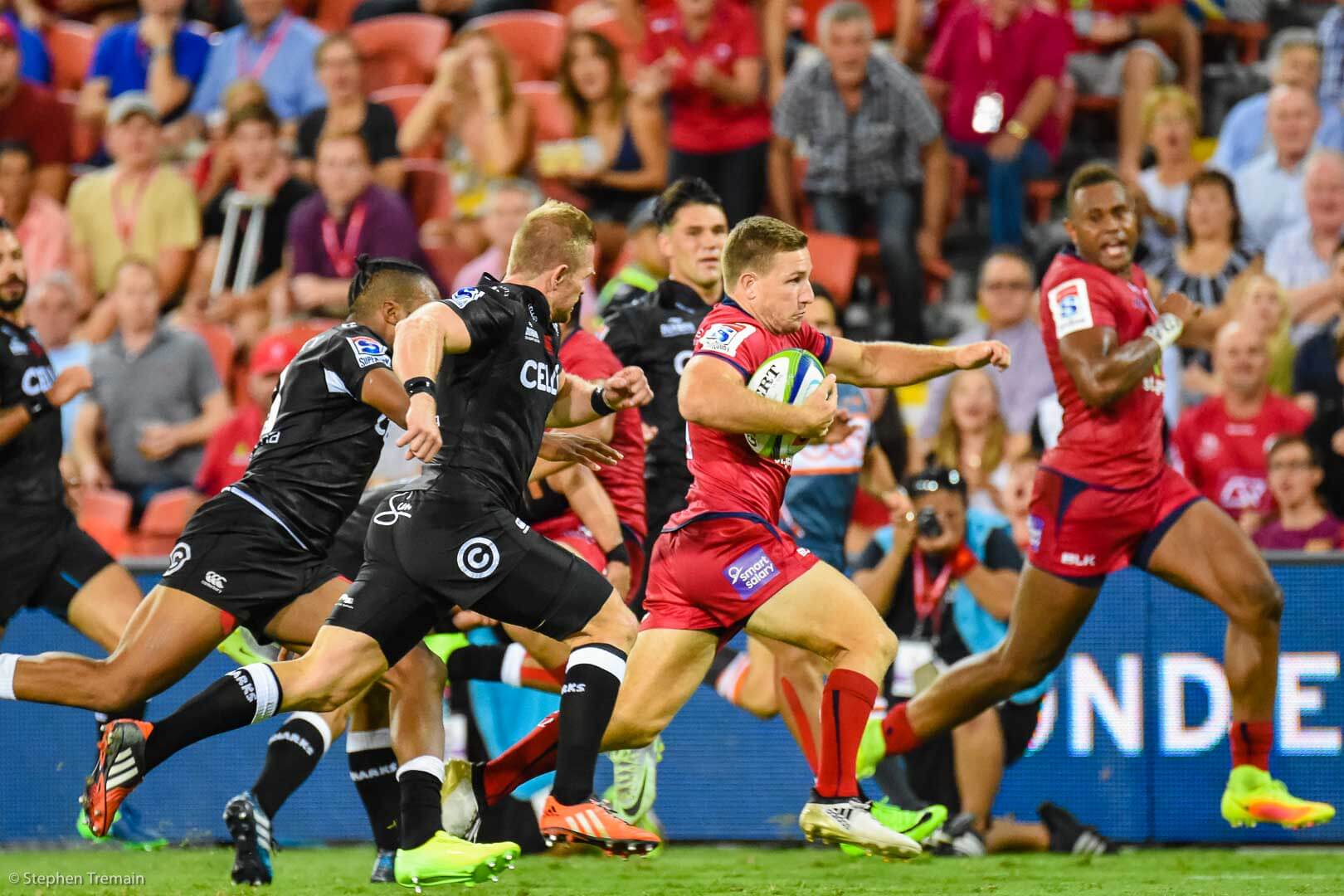 James Tuttle gets his first start for the Reds

The Jaquares have made just the two changes to their starting side, as they head into their third home game in a row. Bautista Ezcurra gets a gig on the wing replacing Santiago Cordero while Lucas Noguera Paz will start at loose head prop for Santiago Garcia Botta.

A couple of changes on the bench give the home team a steady squad, understandable given their success of late, as opposed to their opponents of this weekend.

That’s all I’ve got for them!

Jake v Juan – The battle of the tens is always significant. Test veteran Juan Martín Hernández has the benefit of playing in a team full of confidence as he plays only his third game of the season.  Jake comes into the game still to prove himself as a Super Rugby 10, with the challenge of freeing up a backline that has struggled to threaten consistently this season.

Pablo v Leroy – this one is about impact over workrate. Jaguares backrower Pablo Matera has been a machine this year and is they top ball carrier in the competition. Leroy Houston has been brought in, for the first time this year, for exactly the same reason. Ball carrying.  The Reds have struggled to make good metres through their pack so far and Leroy will be tasked to lead the way here.

Moore v Creevey – the two skippers and hookers will come face to face in battle over the course of this match and will both be key components of their respective set pieces. Interesting the home team have, statistically, the worst scrum and second worst lineout of the competition so far. Unfortunately for the Reds they, statistically, are only marginally better in both areas. It must be stated that this game is why the Reds have signed Moore. Not so much the game against the Jags itself, but he needs to step up as a leader in the absence of others, and pull his team together to deliver a performance to make a true season statement. 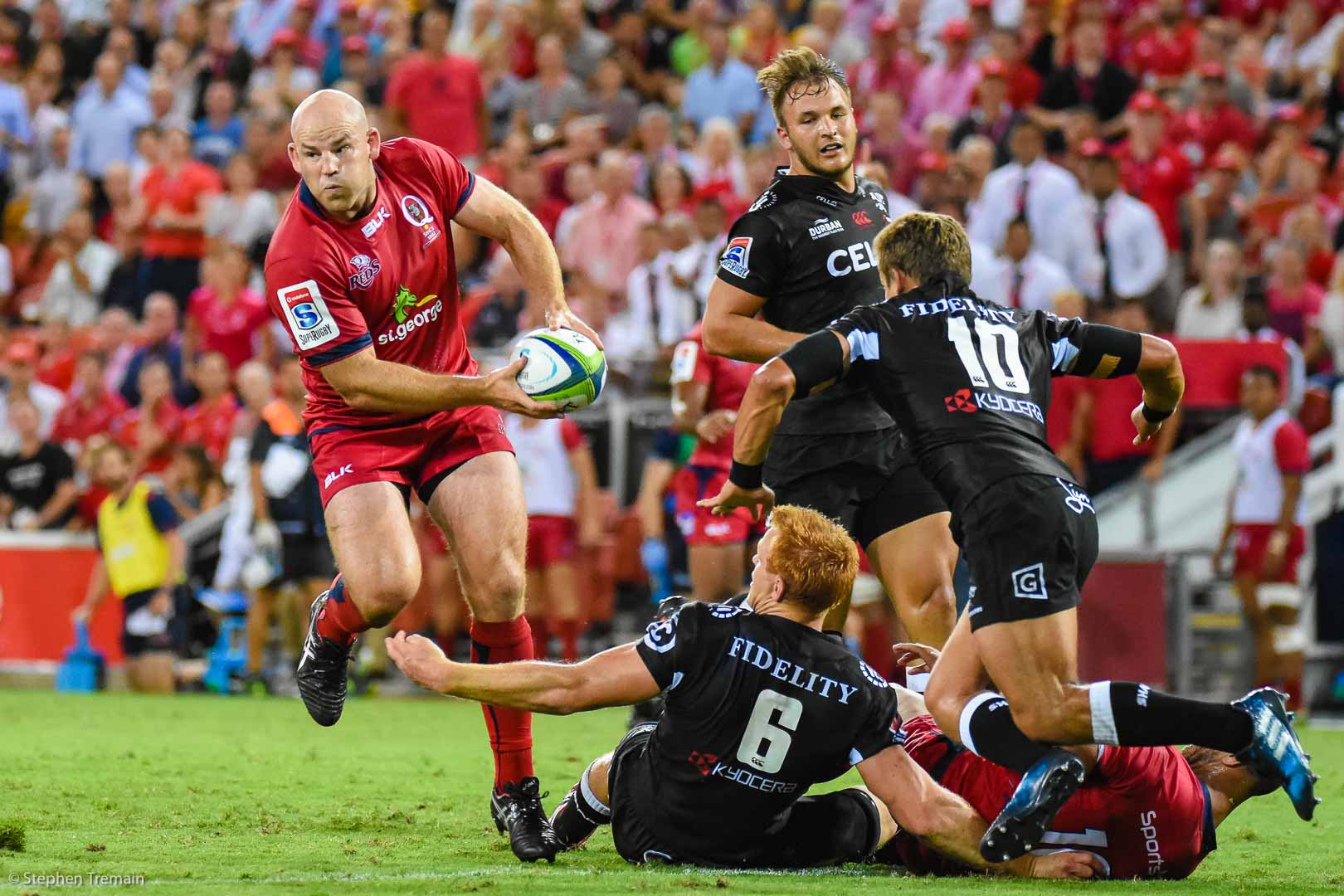 Queensland have won just one of their last 16 games outside Australia, losing each of their last six by an average margin of 26 points.

Jaguares backrower, Pablo Matera, leads the competition in carries with 60 across his 4 games. Samu Kerevi sits in fourth spot with 50 carries.

The Jaguares have three players in the top five off-loaders in the comp while none of the chosen Reds team are in the top 17.

The Jaguares also lead the league in yellow cards having given up six so far this season. The Reds have given up four, plus Cooper’s Red. 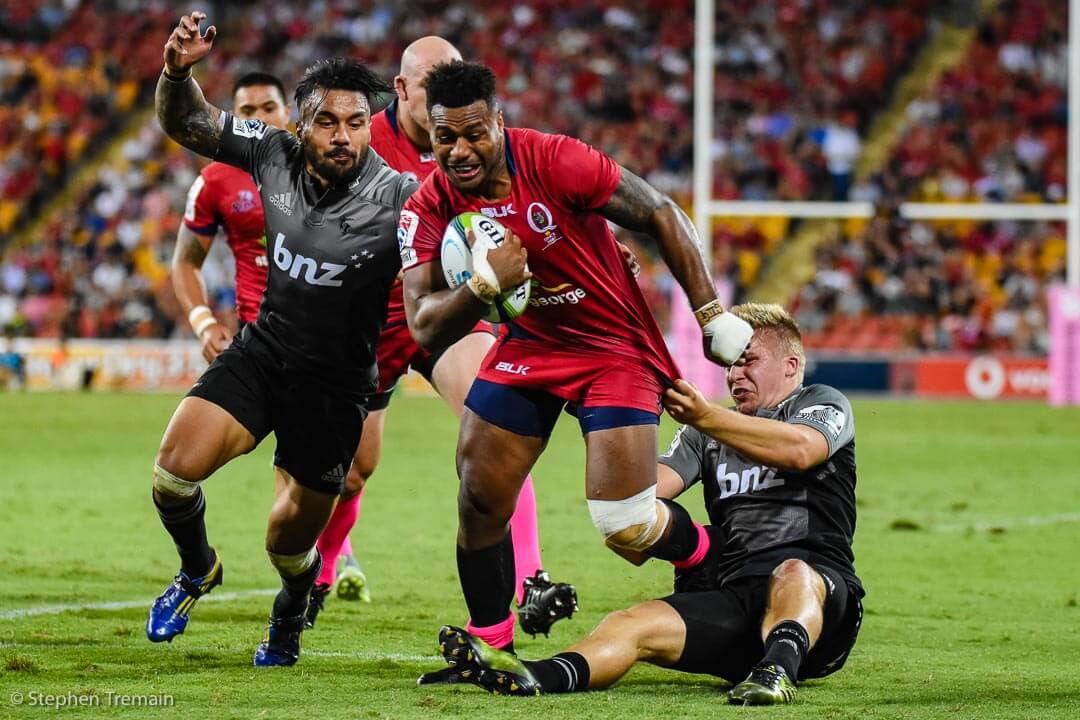 Let’s look at form. The Reds have won only one of their last sixteen away matches. It’s enough to suggest they won’t win this one unfortunately. Jaguares by 8