At the end of the first half of the home-and-away competition Rich_E gives his predictions for Round 6, which starts the second half.

Rich_E describes himself as an ex-piggy who played with lots a passion and not much panache.

The first half of the season is complete. Each team has had a chance to test their wares against the field and this Saturday marks the start of the ‘business end’ of the season. At the half-way mark, undefeated Newington tops the table and must be clear premiership favourites.

It seems too that the G&G members are a good judge of potential form, with the current ladder closely matching pre-season predictions in a ‘Who will win GPS 2015’ poll on the NSW AAGPS Rugby page in the Schoolboy section of the forums (see poll here and click on “View Results”).

The ladder after the first series of games.

Table Round 5 – Courtesy of AAGPS

The second half of the season should see some upsets. At the very least, expect some major form reversals. Take 2014 for example. Newington nearly beat Scots in the return match after being thrashed by over 100 points in the first game. And in 2013, Scots beat Newington at Stanmore only to lose the return exchange at Bellevue Hill.

With such a short season, the first round of games was just the warm-up; so get yourself out to as many matches as you can in the return fixtures to enjoy the ‘best rugby brand’ in Sydney.

Where: Stanmore
Score in First Round : Newington 27 – Scots 14

Thoughts
This match could determine the premiership outcome. Current first vs second; it deserves its billing as the match of the week.

The gut says that the Newington juggernaut will roll on. But they have only just won their last two matches and Scots are more than capable of causing an upset.

The keys will be fitness (in Scots’ favour) versus power (in Newington’s favour) — along with which team handles the pressure of the occasion best (a tough call as big-match experience abounds in both teams).

Newington should dominate the set piece despite recent Scots’ improvements. Scots have the upper hand in broken play, especially off the ruck, and should also test Newington down the sidelines. Buckle up people—this match is going to be a beauty. 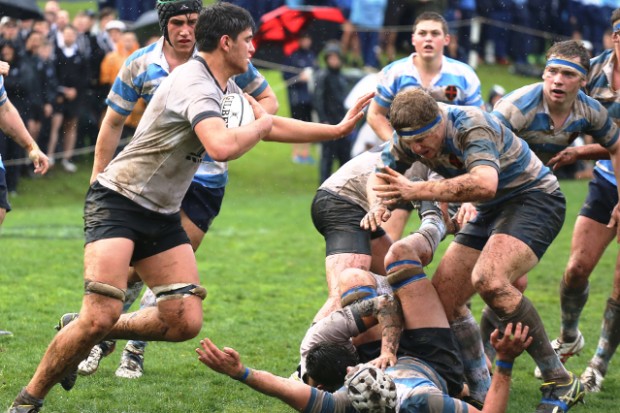 Thoughts
It’s always a spirited and entertaining match when these two teams meet and this Saturday should prove no different.

It’s third against fourth and the scoreline should be much closer than the Round 1 clash, where Riverview had the best of the first half but had several tries scored against them while a player was in the sin bin.

Joeys have the best attack in the comp, having scored the most tries (27) and are only one point behind Newington in the for/against differential. They also have a very capable forward pack.

Riverview also have a good attack, having equalled Newington in the try-scoring stakes last week, but have let in too many. The home ground advantage will help, but won’t be enough in what could still be a thriller—the second in two weeks at Lane Cove. 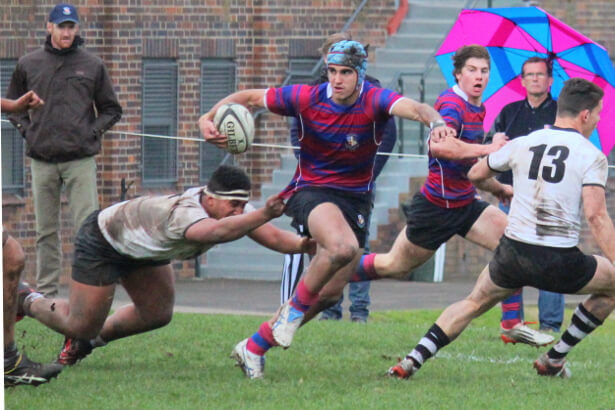 Thomas Wright (Joeys) – The Artful Dodger is worth a look

Where: Northbridge
Score in First Round: Kings 21 – Shore 7

Thoughts
This is Shore’s best shot at notching up a win and they will be fired up to ensure that happens. While distinctly possible, Kings won’t be lacking in motivation either, after being comprehensively beaten by Scots last week.

If Shore can reproduce the form shown in the second half of their match against Newington, they will win. But that’s a big IF. Kings appear to be bigger, faster and stronger across the park and Dylan Pietsch will be difficult to contain.

In the backs Kings will be looking for a bit of Orpen brothers flair out wide as they return to their original round one combination. 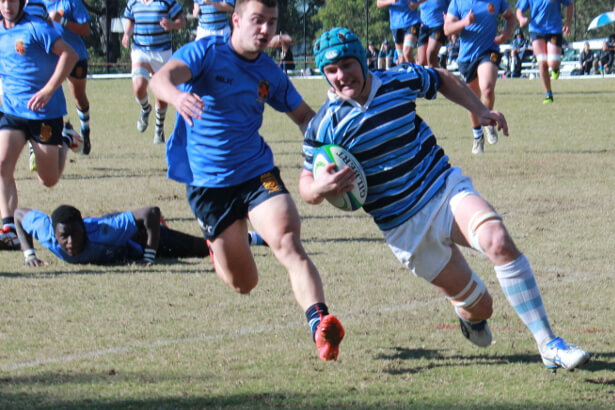 Dylan Pietsch (playing for GPS) – one of best players for Kings