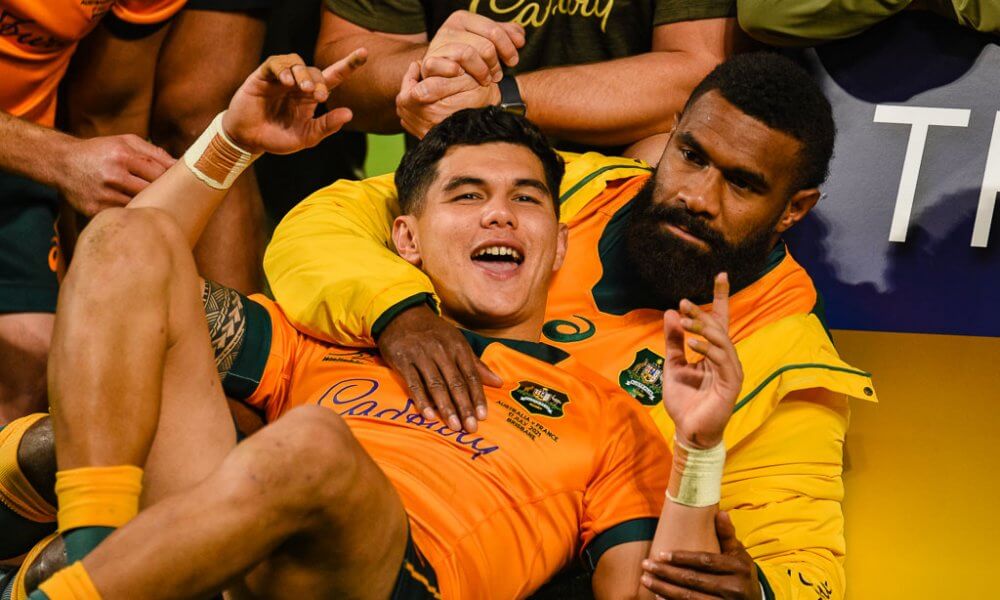 Welcome to Monday’s Rugby News for the 1st August. There has been plenty of rugby action over the past week, including the BIL Tour of South Africa, The Olympic Rugby 7s, Rassie Erasmus and his video and the preview of the first Bledisloe Test over the ditch.

The Australian Men’s and Women’s Rugby 7s crashed out of medal contention in Tokyo this week. Both sides came up against stiff competition in the hunt for Olympic glory and came up short. In particular, the former reigning Women’s Olympic champions, Australia, will be bitterly disappointed in not retaining their gold medal status. A quarter-final loss to the Fijian side ended their hopes of back-to-back golds. Personally, I think the Australian selectors missed a trick in not having Elia Green in the side. For me, her aggressive, direct and hard-running style of play was sorely missed, especially against the more physical sides. Indeed, the Men’s side will be disappointed in only making the quarter finals and, in a prelude to the Women’s loss, also going down to the eventual Olympic champions, Fiji, losing 19-0 in their match-up. Whilst I’m no expert in the 7s game, it does seem rather odd that, within a matter of hours of the teams crashing out, both coaches were offered contract extensions until the 2024 Paris Olympic games. Considering that there had been barely any tournament play via the World Series Sevens thus only having an Olympic focus, it does seem a strange decision considering the final result.

Once again, Nutta has produced an excellent recap of the match which can be found here .

In what could only be considered a match for the avid purist, the Springboks won the second test 27-9. After Rassie Erasmus’ absolutely appalling video rant, this match was only ever going to go one way: dour as fuck. Indeed, for an 80-minute game, sans the 12-odd minutes for oranges, the duration of the match stretched to 116 minutes. As expected., every possible decision that could be scrutinised by the match officials was, and this played entirely into the Springboks hands. Their attrition, 2007-era, game plan of having their massive bastards run at the slightly less massive British and Irish bastards meant that any period of stoppage (of which there were many!!) would only benefit them. Their style of play can be considered closer to NFL than rugby with the added AFL-style kicking. In fairness, both sides thought it was an AFL game so any form of ‘entertainment’ was sorely lacking. Whilst appreciating that rugby is a game with many technical and tactical nuances, for the once-in-a-generation (for the home side) opportunity to showcase rugby that a BIL tour is, well, consider me unflattered.

Preview of Bledisloe One

The First Bledisloe Test kicks off on Saturday afternoon at Eden Park at 1730 AEST. Historically, Australia (nor any other country for that matter) has had much success at this location and, despite the fantastic French series and the optimism that flowed, I predict a next-t impossible task. Whilst the All Blacks are not as vaunted as they may have been a few seasons ago, they are still the side every other country aims to match and beat. There is no tougher test than beating the All Blacks at home with a crowd baying for continued success. It will be interesting to see whom World Rugby appoint as the match officials for this test match, too. With arguably the top two referees in the South, Berry and O’Keefe, over in the Republic, the options are limited. Gardner, arguably the best referee in the South, has spent the season recovering from injury, leaving options limited. Furthermore, any hope of a neutral referee has most likely been dashed due to Covid-related restrictions.

My preferred side is listed below; however, I’m sure GAGRs will have their own thoughts which will be debated in the comments!!

To say that I was appalled at Rassie Erasmus’ video is the understatement of the century. I am, furthermore, disgusted by World Rugby’s absolute lack of any form of response or censure shown. To their credit, Rugby AU has come out in support of Nic Berry and will follow up with World Rugby, as they ought to. There will be many opinions from around the world; however, Nigel Owens succinctly reminded us that we cannot afford to lost the principles that rugby is found on, mainly the value of respect. I have previously stated that no referee is perfect, nor does nay referee look to go out and make themselves the centre of attention (contrary to popular, yet cynical, belief). Rugby has to be one of the most complex games to referee, and there are myriad decisions in a match to make; as humans, there will be mistakes. Most of these decisions rest solely on one person’s shoulders with some assistance from ARs and TMOs. In any one match, at least 50% of the viewers will feel aggrieved with any one decision. Furthermore, the referee is often in a no-win situation. I appreciate that there are mind games that can be played from coaching staff pre-match and from captains during the match; however, there is a line and, for me, it was not only crossed this week, but blown to smithereens. It sets a horrific precedent not only for international matches, but as a trend downwards to the community level. What frustrates me even further with this little video is that it is as partisan as it can get. If he truly wished to make a point rather than come across as a complete tosser, perhaps he could have shown decisions from both sides. Indeed, some of his objections were wrong and based purely on emotion. Where I do digress that that World Rugby must improve their processes for officials to communicate with coaching staff; however, I am not in favour of this being done publicly. No team will ever publicly berate, shame or parade their players in front of the media so officials ought not be subjected to this standard either. That said, some deeper transparency may yet be of benefit. How that looks is still something to ponder for me. I look forward to the comments section blowing up now!