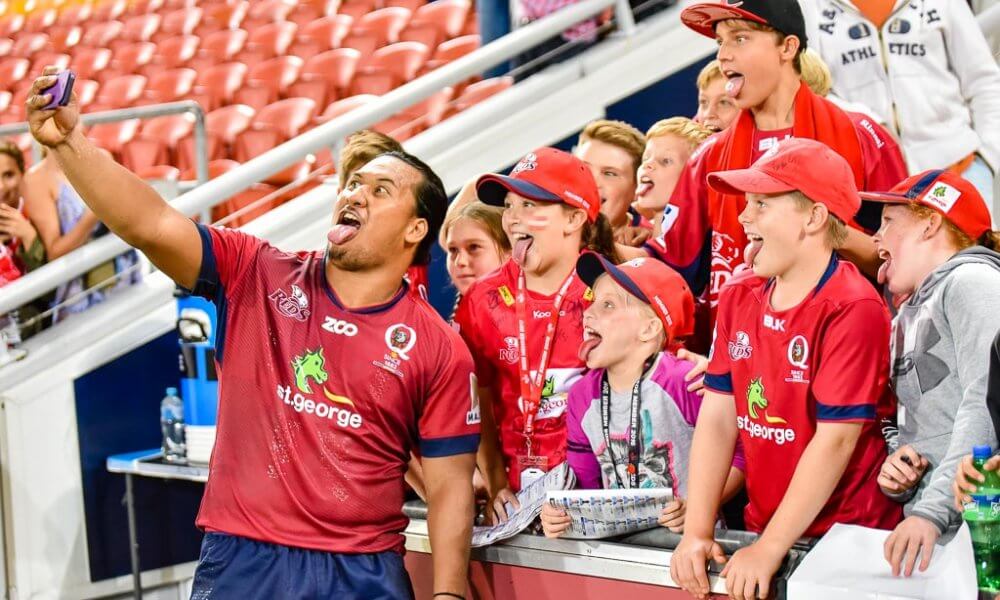 Monday’s Rugby News sees the results from the weekend just gone, the Super W off to a flyer, Higgers on the road and the latest from the Sevens. 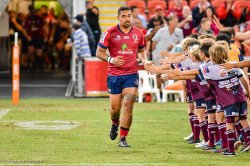 Chris Feauai-Sautia leads the Reds out in his 50th game

It was a busy weekend of rugby, both on the domestic and international front.

Starting in Super Rugby, the Highlanders made light work of the Stormers, winning 33-15 to heap more pain on the visitors tour. They will return to South Africa with no wins to face the Blues.

The Rebels made light work of the Brumbies, winning 33-10 to go top of both the Australian conference and of the overall table. They head to Sydney next weekend to look to go for a clean sweep of the Aussie teams.

The Hurricanes sprung a big surprise on the Crusaders, defeating the current champions 29-19. Turns out that wouldn’t be the first big surprise of the weekend. That was followed by a solid display from the Reds in their win over the Bulls, 20-14.

The Sharks brought the Sunwolves back down to earth by drumming them 50-22, which was followed by the upset of the round, where the Lions fell short against a resurgent Blues, 35-38.

And then, there was the Jaguares-Tahs match. The less said about that, the better.

Outside of Sevens and the Super W, the other big rugby was the Six Nations, which saw a couple of big results. First up, Ireland overcame a tough Scottish outfit with a 28-8 win, with the result leaving them having one hand on the Six Nations trophy.

It quickly became two hands after the result in Paris. France produced one of their most resilient performances in years, sending England packing 22-16. This result sealed the competition for Ireland, but they’ll be looking to go for the Grand Slam next weekend when they travel to Twickenham. This one will be the match of the tournament, as England have never lost at home under Eddie Jones’ tenure.

The last match will be Wales vs Italy, which (at the time of me writing this at 12:30am on Monday morning), the match will have been and gone by the time most of you will have read this. 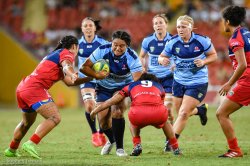 The Super W competition got off to a flyer over the weekend too, with Queensland and NSW kicking off proceedings at Suncorp.

In what was a real armwrestle, NSW showed their class to grind the hosts out, and eventually beat them 18-0.

“But it was a great effort from the girls for the first hit-out.

“They remained composed. There was a long period in the first half where Queensland were down our end and our defensive effort was immense.”

NSW Captain Ash Hewson echoed this, but also highlighted that the occasion itself played a bit part in the teams performance.

“I think everyone in the team was aware of how special this is for Women’s Rugby and how special it is for all of us.

“Being an older player that’s been waiting for this for a very long time, it’s an absolute privilege to be a part of it and to see the composure in those young girls and the passion they played with – it makes it very easy to lead a team of women that have that passion and show it on the field.

“At the end of the day it was an unbelievable team effort.”

“Everyone knew this was going to be a tough game and I think it’s great they chose this for the opening match but definitely there’s no team we’ll be taking lightly,” she added.

“We’ve got respect for every single female rugby player in this country so we know it’s going to be difficult, but we’ll stick to our guns and hopefully play as well as we did tonight.”

While it was an armwrestle down in Brisbane, it was a slaughterhouse over in Perth, with WA demolishing the Victorian side 85-13.

This match also signalled the arrival of a new Wallaroo in waiting, Courtney Hodder, who scored SIX tries in her sides win. This girl has got some serious speed.

This match also saw a really healthy crowd turn up at Cottesloe Rugby Club. Once again, as the Spirit were in the NRC last year, this WA Womens team look like they are going to be well supported in this Super W competition. 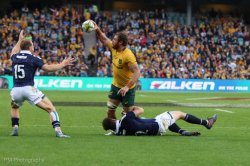 The Reds have named their 27-man squad that will fly out to take on the Jaguares and the Stormers over the next two weeks, and among those in the squad include Ruan Smith, outcast hooker Andrew Ready, veteran Ben Lucas and skipper Scott Higginbotham.

Higgers still actually has another week of his suspension to serve, but Brad Thorn highlighted his importance to the squad with this selection. This means that Higgers will miss the Jaguares match before returning to face the Stormers in Cape Town.

The other suspended Reds player, Lukhan Tui will miss the tour despite being eligible to play again for the Stormers match.

Thorn is looking to back the same team that gave the Reds back-to-back wins for the first time since 2014, having named the same 23 players from the Bulls match in addition to Smith, Ready, Lucas and Higgers.

You can see the full Reds squad here. 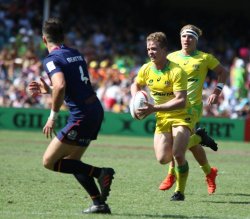 The Sevens boys are in for a thriller in Vancouver, heading into a showdown with heavyweights South Africa on Monday morning at 5am AEDT.

This comes after drawing with hosts Canada, but then knocking over the USA 31-21 and wildcard Uruguay 50-17 to top Group A.

Sevens coach Andy Friend however was confident that they boys could make up for Las Vegas, where we knocked out 29-17 in the previous corresponding fixture by the Saffas.

“There were some massive highs and some massive lows out there today, but that’s just part of the world of sevens rugby,” Friend said to rugby.com.au.

“Tomorrow’s a brand new day and we’ve got to respect the footy and keep our defence in order.

“We know that we can beat these teams but we’ve just got to stay composed even if sides go one or two scores up.”

Australia currently sit in fourth place on the overall tally but have been a team much improved than previous years, and are only ten points back behind second placed outfit New Zealand. South Africa currently leads the competition.