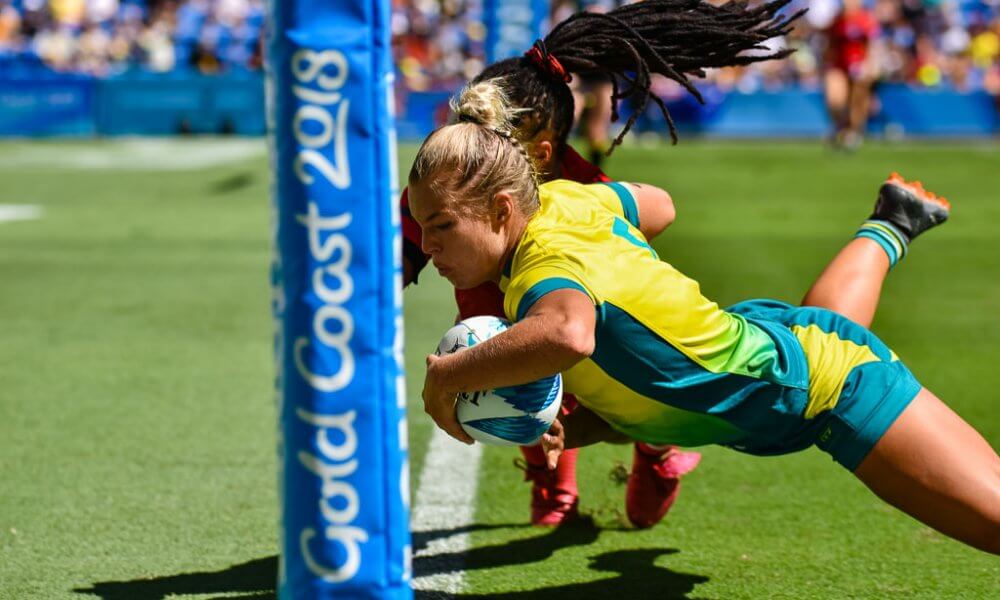 Greetings, G&GRs, and welcome to another new week! Whether you’ve been around the traps at various junior or senior grand finals as a player, coach, volunteer or referump (congrats, KARL, on your GF appointment!), or simply sitting forlorn at home, I hope it was well-enjoyed. Here’s to a good week ahead of us.

I suspect that the “big news” of the weekend will come past Prime Possum time for me. Therefore, in anticipation, best wishes to the Aussie men’s and women’s teams for the Sevens RWC in Cape Town this evening. Go you good things!

Congratulations to the Australian men’s and women’s teams on making the semi-finals at the Sevens RWC in Cape Town. Here are my favourite three Twitter clips. In particular, I thought the women’s gesture of providing the Madagascan team, who travelled with only one set of self-funded kit, a spare set of clothing to be a perfect demonstration of rugby values. Well done, those women!

UQ’s quick-ball attack was too hot to handle for traditional rivals Brothers in a decisive 36-22 win in the preliminary final of Queensland’s StoreLocal Hospital Cup. Today’s victory at Bond University on the Gold Coast earns UQ a grand final date with minor premiers Wests at Suncorp Stadium next Sunday. UQ will be chasing a seventh title under coach Mick Heenan since 2010 while Wests will be out to break a 16 year drought in the club’s first grand final since captain John Roe’s success with the 2006 side. The UQ win was comprehensive so the outcome of the preliminary final was less likely to have been flipped by a key injury just 90 seconds into the game. Discarded Wallaby James O’Connor took off down the shortside from the first scrum of the game, fended off two defenders and hurtled into the UQ quarter. The flyhalf was tackled but sprained his right ankle in the awkward tangle of bodies and was forced to limp off.

Jim Tucker, writing for rugby.com.au, suggests that “…UQ’s one big worry entering the grand final is goalkicking. Brad Twidale, Jooste and Oates have slotted a lamentable five-from-15 shots between them in the finals…” I would suggest that their scrum would be another distinct area of concern. After the pasting that Wests gave UQ last weekend and then the first scrum in this match, well… The Reds front rowers for UQ were definitely left red-faced!

WALLABIES v ALL BLACKS IN MELBOURNE

The Wobs have been vicariously psyching themselves up through Gilbert Beale’s big mouth over the last few days, with the promise of Wallaby physicality, brutality and speed set to dominate the Nearlies in God’s country of Docklands. Apart from being appalled that Gilbert is within cooee of the Wobs squad, I find it astonishing (though, in another way, unsurprised) that the Australian craparazzi think that baiting the ABs for the 21st year in a row will provide any point of difference. It’s quite simple from here: put up or shut the fark up. Two more losses to the ABs will consign Australia to a well-deserved ninth position in the WR rankings. More concerningly, we have five autumn tests coming up, two of which are against arguably the top two nations in Ireland and France. We have our typical banana skin match against the Jocks, a test against the Taffs and, what we can only hope is a win, against the Ities. Results are absolutely crucial against the ABs. If they’re not seen then Rennie and Co may struggle to get on the coaching ticket north. With the test being on Thursday night I expect we’ll see a team list shortly. Woe betide the G&GR comments if we see Gilbert and Spanners. Fark, might as well bring Hanigan and Clown back, too!

Apart from all this carry on, I look forward to Keith shouting me a drink at Marvel Stadium on Thursday. BAHAHAHAHAHA yeah right. Got a better chance of winning the Bled than that happening 🤣