Kicking off our previews of the Kiwi conferences, it seems appropriate to start with last years winners, the Hurricanes. The men in black and gold will be aiming to become the fifth team in Super Rugby history (and fourth Kiwi team), to win back-to-back championships.

The Hurricanes hail out of New Zealand’s beautiful capital, Windy Wellington. Until last year’s grand final, the Hurricanes had the rather depressing honour of being the only Kiwi team that had never won a Super Rugby title. But, last year on a rainy night in at the Cake Tin, they took down fellow foundation battlers, the Lions to claim their first ever championship after twenty-one years.

The Hurricanes have been arguably the most dominant side in Super Rugby for the last two seasons, finishing top of the table in 2015 and 2016. They have incredible talent and a solid coach. If they continue their incredible form, they will be the team to beat in 2017. 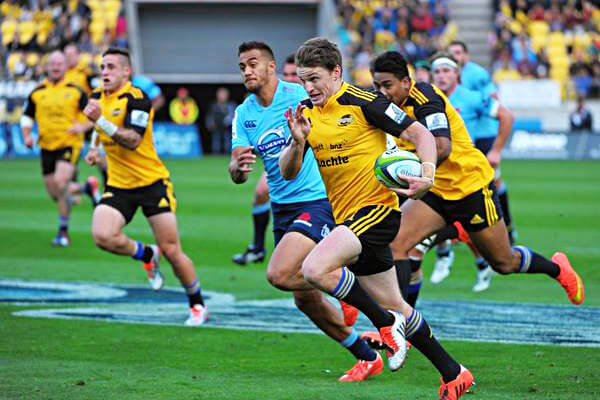 The Hurricanes have been able to retain the majority of their squad, and boast some seriously formidable firepower, with nine current All Blacks lining up for them. Starting with the forwards, where better to begin than the captain and one of the best hookers in the world, Dane Coles. A legend of the club and an All Black with 49 caps to his name, Coles has taken many players and future All Blacks under his wing since starting at Wellington in 2009. Such players include current prop Jeffery Toomaga-Allen and lock James Broadhurst, who both debuted for the All Blacks last year.

The backs boast even more firepower, with some of the most exciting names in world rugby lining up in the backline. The first is the World Rugby Player of 2016, (and in my opinion, the best player on the planet at the moment): Beauden Barrett. Having spent many years in the shadow of Dan Carter, Barrett has been one of the major cogs behind the All Blacks continued success post the 2015 World Cup. Last year he was the highest point scorer in Super Rugby (with 223 points- or nearly half of all the Hurricanes points from last year), mostly through his lightening attacking style. Add in workhorse scrumhalf TJ Perenara and a ruthless back three in All Black veterans Cory Jane, Julian “The Bus” Savea and All Black newcomer Nehe Milner-Skudder, and you have got one dangerous backline.

The least amount of experience, (and possible Achilles heel) of the Hurricanes is in the Centres, with a LOT of young blood coming into the side. However, one notable name is Jordie Barrett, the younger brother of Beauden Barrett. Jordie made an aggressive first impression at the Brisbane Tens, so watch out for him. (Oh god! There are more of them!) 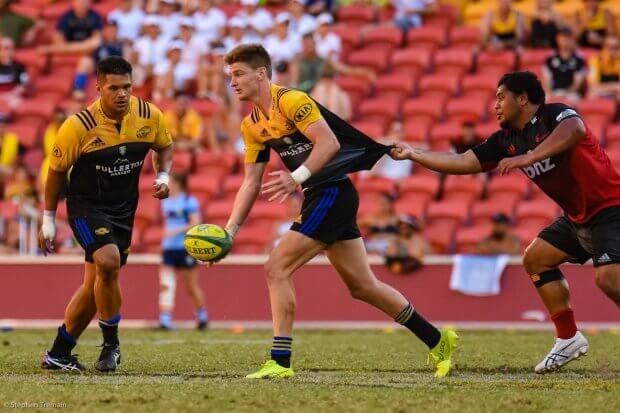 Jordie Barrett in action at the Brisbane Global Tens, Crusaders vs Hurricanes

If the Kiwis have been the benchmark for Super Rugby in the last two years, then you could argue that the Hurricanes have been the benchmark for the Kiwis. They have topped the table for the last two years running, and much of that has come off the back of their attack, which is one of the most ruthless in the competition. The Hurricanes ability to score tries off brilliant attacking play has been their dominant example of how they have won, as can be seen by the fact that in seven matches last year they picked up a try bonus point for scoring three tries more than the opposition.

Their attack has been brought about by a strong set piece, and coach Chris Boyd will want to ensure that the set piece remains a core element this year, especially considering that the new centres will need time to get used to the pace of Super Rugby. However, with the best attacking player at his disposal in Barrett directing the traffic, expect the Hurricanes to still be potent in the backline.

God, I envy their draw! 2017 sees the Hurricanes start away from home against the Sunwolves in Tokyo. They then will enjoy the next five rounds back in New Zealand hosting the Rebels and Highlanders, playing away against the Chiefs, and having a bye, which will give them a platform for a solid start to their season.

Round 6 sees the Hurricanes travelling to Brisbane on a one week tour, followed by seven more weeks in New Zealand hosting the Waratahs, Brumbies, Stormers and Cheetahs, and playing away against the Blues and Crusaders, with a second bye in Round 10. However, Round 14 sees them head over to South Africa to play the Bulls, and the Force in Perth the week after. The Hurricanes will then finish their regular season with two home games to the Chiefs and Crusaders.

The key for the Hurricanes is their periods in New Zealand. With three tours, their season will be made on how they perform against the other Kiwi teams, and at home during the middle of the season. The fact they spend so much uninterrupted time in New Zealand will work in their favour, and a good performance will make up for potential losses on the tough tour and home games at seasons end. 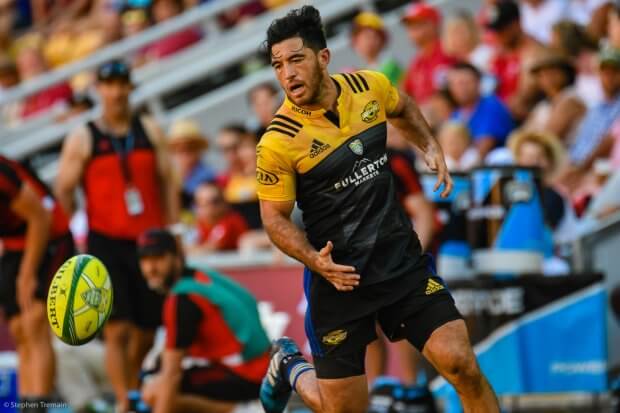 With the form and the players to match, and a favourable draw, it is a real distinct possibility that the Hurricanes will go back-to-back this year. Even if they don’t perform at their best, it would be ridiculous to not at least see them make the semi-finals.

This is a good team. They have topped the Kiwi table (and table in general) for the last two years, and I honest to God can see them doing it again. You know you’ve got a good team when even the Kiwi sides struggle against you. So I think this year they will top the Kiwi conference once again (and probably the overall table as well).