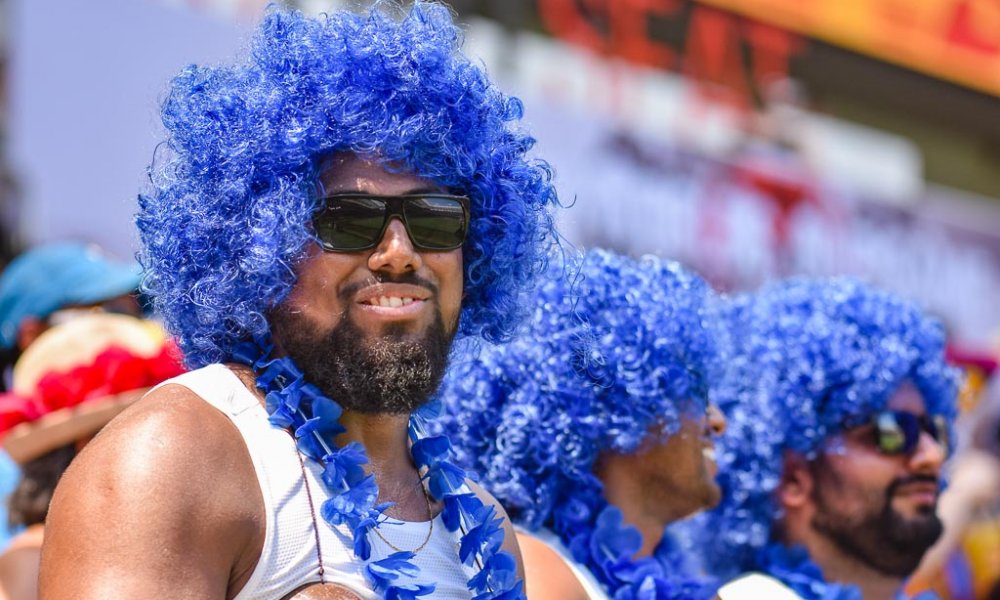 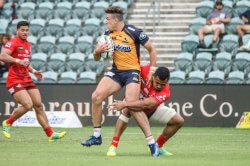 Given the global uncertainty with the Covid-19 pandemic, this may well be the last round of Super Rugby we see for the foreseeable future, at least in it’s current format. Probably the best case scenario is closed door games, but as soon as a player contracts it, like the NBA did, then all bets are off.

So let’s focus on this weeks games and in particular the Aussie teams. The Rebels get the week off, which might actually be bad given their run the last two weeks. I imagine there’s a few of them who wish they could go again to maintain their momentum but they will have to do with kicking back and resting up.

Saturday afternoon (615PM AEST) sees the Reds in the second half of a double header at Suncorp against the Bulls. After last weeks loss to the Crusaders where they scored more tries but could not make a kick Brad Thorn has relented and added Bryce Hegarty to the starting team. It ended up a necessary step after early-season revelation tweaked his knee last week, which has forced Chris Feauai-Sautia into the centres, with Hegarty slotting in on the wing.  James O’Connor returns after missing last week and the biggest change is in the forwards.

Izack Rodda and JP Smith drop out of the 23 altogether, with Angus Blyth starting at lock and Lukhan Salakaia-Loto moving to 6. Up front Dane Zander gets his maiden Super Rugby start with unknown Jake Straker coming in from the clouds to make the bench. The casualty ward for props is immense in Brisbane currently with at least 5 players out. Straker has played NPC for Northland the last few years and is ostensibly a loosehead so the scrum will be definitely tested against the Bulls pack. Ross Wright has the preview here

On Sunday afternoon (305AEDT) the Brumbies will be looking to inflict more suffering on a Waratahs outfit desperate for positives in the wake of the second half effort against the Chiefs last week. Despite the fierce rivalry between the two teams, I cannot see how the Brumbies won’t come out on top here and by a comfortable margin. They are clearly the top side in the country by some margin and likely to be the only ones who can challenge come finals time. 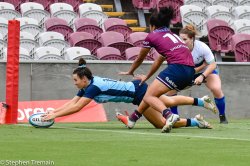 The final week of the regular season of Super W is here, and there is all to play for down in Canberra when the Brumbies meet the Reds (Sunday 115pm AEDT). After another close loss to the Waratahs last week the Reds sit ahead of the Brumbies through having earned two more bonus points. The outcome of this match is simple- the winner hosts the semi next week against the same team, unless by some miracle RugbyWA knocks off the Waratahs.

Queensland coach Moana Virtue hasn’t been afraid to mix the team around this season and has done so again this week, making a number of personnel changes to both the starting team and the bench. Ivy Kaleta gets her first start at hooker with Averyl Mitchell switching to the bench. Shannon Mato moves to the side of the scrums with Lesa Keleti Maatata going to lock. Wallaroo Cobie-Jane Morgan returns to the starting lineup at halfback and Sarah Riordan continues her comeback from injury with a start at 12. The Brumbies team is yet to be revealed.

Coach Virtue told Rugby.com.au that it was about management of the team, saying, “This week we’ve made a few adjustments to the squad as we manage players at the back end of the season.” She also went on to say that even in the shorter season it is important to rotate players and manage minutes.

The other game sees the Waratahs play RugbyWA, (Saturday 325PM AEDT) with the Tahs looking to kick things into gear before what will likely be a week off before the Final. The RugbyWA team will be hurting after being on the receiving end of the Rebels first win last week but I cannot see this being closer than 50 points, even with NSW coach Campbell Aitken making 8 changes to his starting team.

Aiken told Beth Newman from Rugby.com.au that it was a tough call, saying, “I’ve been getting lots of advice this week as to should we pick the strongest team or give everyone a go but we’ve gone with what we wanted to do and that was always our intention from the start. We’ve got a whole squad and this squad deserves to be here and we want to reward people for that.”

Over on the WA side, coach Sebastian Delport is about to roll out his sixth teenager of the campaign, which goes some way to explaining the struggles they have faced, losing to the Reds by 80 among other losses. It’s great they are being exposed to senior rugby and if they stick together and develop they will certainly be one to look out for.

Both games will be Kayo and streamed on Rugby.com.au

This weekend sees the start of the Global Rapid Rugby season. Twiggyball kicks off in Perth with a double header on Saturday, with Manuma Samoa playing the South China Tigers at 410PM Perth time. This will be followed at 615PM Perth time with the Force taking on Malaysia Valke. Over in Fiji, the Latui will play China Lions at 615PM Fiji time.

Rapid Rugby has foregone being on any sort of TV and will stream all it’s games on YouTube via the RapidRugby.com

While I am thrilled the Force are still in some sort of existence and they are trying to pitch this as some sort of option to other global comps, I have a personal and abiding doubt that this will be much more than a cakewalk for the Force. In some circumstance you could see the Fijian side putting up some resistance but in reality if the Force aren’t winning every game by 30 plus then you may begin to wonder if the effort is worth it. As long as the passionate Force fans back it then maybe it will work.

I know this is part of a push to make rugby more relevant in Asia but when the standard of the competition is below that of the NRC you want to hope Twiggy has a lot of patience and deep pockets. Good luck to the Force and I for one will keep including updates but outside of the spurned Force fans I can’t see much interest anywhere else in the country.

Over in Europe, only one of the three scheduled Six Nations games will be going ahead with Wales facing the team the put a serious dent in French ambition last week, Scotland. With the rest of the competition now unlikely to be resolved until much later in the year this one will be for pride. Wales have under-performed without being terrible and despite being 1-3 have a positive points differential, which shows the losses they have endured have all been close.

Scotland will have the wind in their sails after knocking off the French last week and will be looking to add another scalp to what has probably been the big surprise of the season.

That game kicks off 1215am Sunday AEDT.

JAMES SLIPPER AND THE FOUNTAIN OF YOUTH 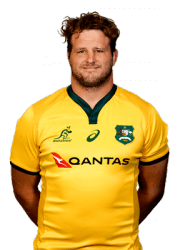 Evergreen James Slipper seems to have found the key to the fountain of youth, having resigned with RugbyAu and the  Brumbies until the end of the 2022 season. Perhaps he has been drinking the water straight from Lake Burley Griffin in order to warn off the demons of aging.

In all seriousness, despite seeming like he has been around forever, Slipper is only 30 and this contract takes him to just past his 32nd birthday. Having been capped 96 times by the Wallabies, Slipper will be hoping to crack the ton in the near future, joining an elite group of one other 100-capped Wallaby prop. The other one being Sekope Kepu.

After his well publicised drug case and associated mental health battles at the end of his time in Qld, Slipper made the move to Canberra at the end of 2018. After two years in the national wilderness, he also regained his spot with the Wallabies in 2019.

In a statement to RugbyAU after putting the ink on the new contract, Slipper paid tribute to the Brumbies for helping him on and off field, saying, “The club gave me an opportunity back in 2018 and I want to repay that show of faith by continuing to work hard and play well for the Brumbies. I feel like I’m playing some of the best footy of my career at the moment and I have the coaching staff here to thank for that.”

The praise was not all one-sided with the coaching staff also keen to thank the loosehead for his work on the paddock and in the local community since making the move. “James has been nothing short of outstanding since arriving at the club and we’re thrilled he’s sticking around until the end of 2022,” said coach Dan McKellar.

Looks like more swims in the very large duck pond that is Lake Burley Griffin are in Slipper’s future then.