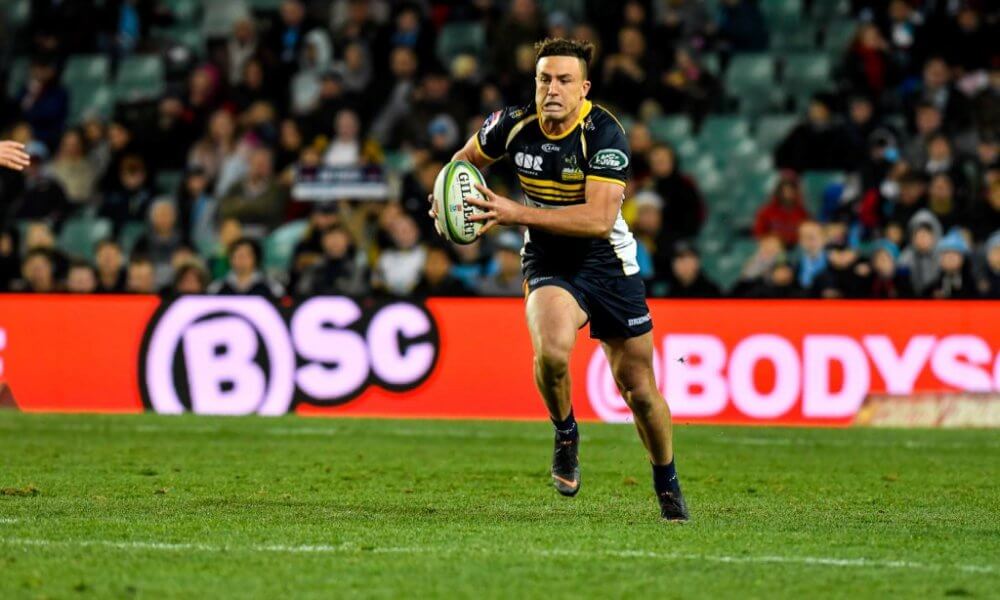 After a day of uncertainty, the Brumbies and Waratahs will face off in Canberra on Sunday afternoon.

The two sides are at opposite ends of the form scale with the Brumbies coming off a big win over the Sunwolves in Wollongong, while the Waratahs second half capitulation against the Chiefs saw them dusted by 37 points that left Rob Penney unimpressed with that effort.

The Brumbies have won three in a row against the Waratahs and six of the last seven and would be favourites to continue that streak based on 2020 form. The Brumbies have made a few changes to their starting side for this match as they look to continue their two-match winning streak before uncertainty hits the competition in the coming weeks.

Joe Powell comes in for Ryan Lonergan at scrum half who was very impressive in his starting debut last week with a try and five conversions.

For the Waratahs, Rob Penney has resisted mass changes in the wake of the Chiefs loss. Rob Simmons returns from an ankle injury and resumes the captaincy from Kurtley Beale. Mark Nawaqanitawase is back on the left wing after a back injury in the win over the Lions two weeks ago.

**UPDATE** The Waratahs have made two changes to their bench with Tom Robertson and Robbie Abel ruled out that sees Rory O’Connor and Andrew Taula taking their places.

Will Miller saw the top spot at the Waratahs blocked by Hooper so headed down the Hume to Canberra for a chance of more game time. His form in the opening rounds has been very impressive and shown what he is capable of with a number of pilfers and general work around the breakdown.

This week he’s up against Hooper who seems to have stepped up his game after releasing the captaincy shackles and consistently one of the Waratahs best week after week, despite their low ladder position.

The younger brigade are now starting to stake the claim for a spot in the Wallabies in the coming years with Lolesio and Harrison in the mix to push Matt Toomua and co. for the 10 jersey. These two know each other’s game very well after pairing up as the 10 and 12 for the majority of U20’s campaign in Argentina.

Lolesio has been solid in 2020 so far and didn’t let the loss against the Highlanders get him down as he came out the next week to lead the Brumbies to a win over the Chiefs. Behind a solid forward pack, he has looked good and his combination with Irae Simone is starting to look good.

On the other hand, Harrison has had a mixed bag to start the season but to his credit has never dropped his head and Rob Penney obviously sees something brewing as he has resisted throwing him to the wolves and hurting his confidence.

As a main member of the #Justice4Banks club, I’d say Tom Banks was one of the unluckiest to miss World Cup selection but his form in 2020 would have him firmly on the radar of Dave Rennie. His kicking from hand following penalties gives the Brumbies the launchpad for driving mauls and combined with his open play running is proving hard to ignore for a permanent role at fullback as he runs out for his 50th Super Rugby cap.

Kurtley Beale equals the Waratahs record with 148 caps this week and will be looking to bounce back after a disappointing showing against the Chiefs. The Brumbies will need to keep him in check because if he finds open space, he can punish any lazy defending.

Based on the season so far, the Waratahs will need an almighty stroke of luck for them to upset the Brumbies. With the uncertainty surrounding the competition after this week, the Brumbies will be up for a big game against their big brother and end ‘Waratah Week’ with a big win.
Brumbies by 12.