Country Take the Heat to the Rising 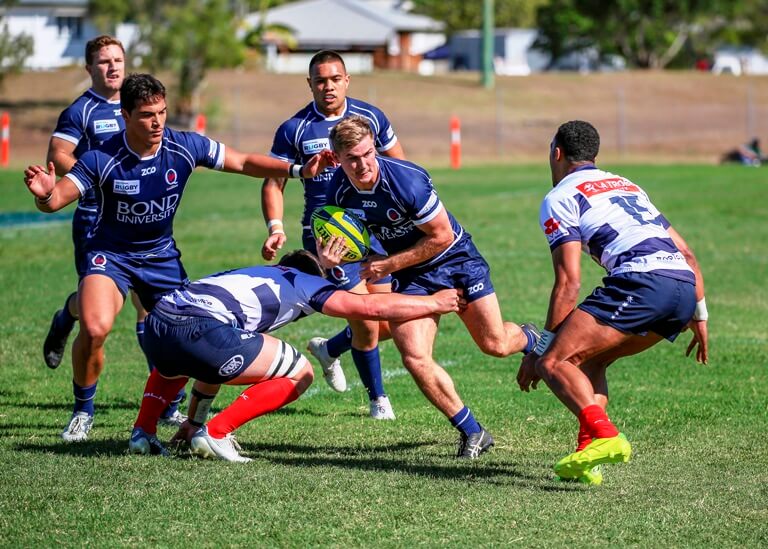 Country Take the Heat to the Rising

Here we are at Round two of NRC 2018 and QLD Country and Melbourne Rising line up for their second games of the tournament.  Rising had the misfortune to have their first game in Fiji. A game that saw the Drua signal their intent to be super competitive this season. QLD Country on the other hand carried off the choccies in a replay of the 2017 final beating the Vikings 45 – 35 at Viking Park.

So who will win today? Will Country go two up in their defence of the title? Or will Rising start putting together the wins they are going to need to be there or there abouts at finals time? And importantly, which team is going to cope with the heat and humidity of Townsville?

It didn’t take long for the first points to be put on the board by QLD Country. In the fifth minute the James Tuttle took a quick tap from a Rising penalty and using the referee as a shield, made a quick dash to the line and burrowed over for the first try. Tuttle missed the conversion for his own try  but Country were in the lead.

They could have been over the line again very soon after when Duncan Paia’aua put the ball on the toe for a fast finishing Jock Campbell. Campbell forgot to dive however and a wobbly bounce meant that he knocked the ball on. (Having said that, if the surface of Mike Carney Toyota Park is the same as the last time I was there, I probably wouldn’t have dived either. Hard. Very hard.)

Here started a long day at the office for the Country forward pack. The experience in the Rising forwards smashed through the Country young guns time after time. We are used to seeing the boys in blue dominating their opponents, but today they met their match.

After what seemed like an age and hundreds of phases, Isi Naisarani breached the line for the Rising, only to drop the ball. This just delayed the inevitable, and a short time later Michael Ruru took advantage of what seemed like their first piece of quick ball to dive over. Archie King kicked the conversion and the Rising took the lead. Ruru figured he may as well continue to add to the score. After a strong run by Naisarani a few minutes later, Ruru pushed off five would be defenders to score his second try. Again converted by King.

Country closed the scoring for the half in the 35th minute. After a bashing run by Jordan Petaia, Country recycled the ball a couple of times until Angus Blyth picked, drove, back flipped, squirmed, twisted, and eventually forced the ball to ground over the line. This time Tuttle converted the try.

With the half time score being 12 – 14 to the Rising, the Country coach summed it up best when he said that it was a “really trying half”. And not only because of the nearly 32 degrees that they were playing in. Country’s set piece was faltering, James Slipper left the field less than 30 minutes in, and Liam Wright was helped off at half time. It was looking like a difficult afternoon for Country. 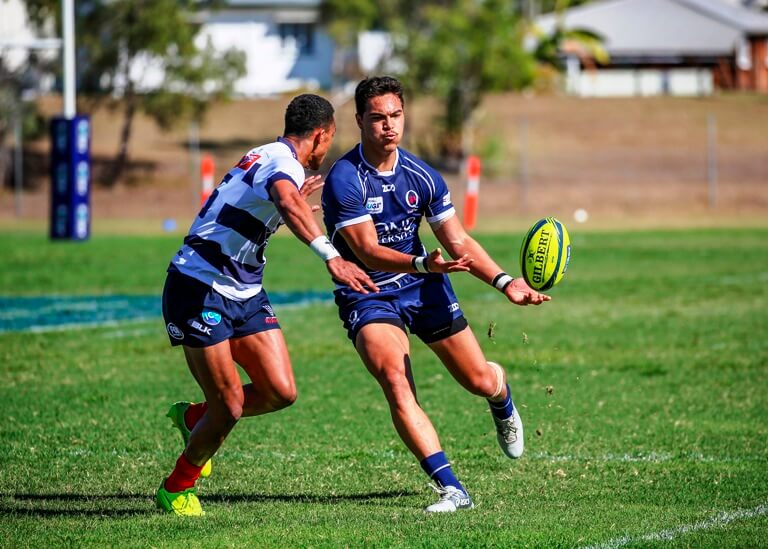 The second half started as slowly as the first finished. The heat was taking it’s toll on both sides making handling difficult and meaning fatigue was setting in early. Country showed their metal though and were the first to score in the second half. Jock Campbell took a leaf out of Ruru’s book and danced through four defenders before diving over for a try, which went unconverted by Tuttle.

The wind was causing some issues for the kickers. Tuttle’s usually reliable boot had kicked only one conversion from three. A restart by King for the Rising sailed 45 metres to go into touch on the full. Exit kicks by each side either traveled 20 metres in the air only to be blown back to within 10 metres of the kicker or sailed 85 metres to go touch in goal with what looked like the slightest caress.

The Rising soon took advantage of their dominant scrum and put King across the line through some quick hands from Ruru. King converted his own try and the Rising were back in front 17 – 21.

Country were not to be kept down and hit straight back when Joey Fittlock was on the receiving end of a pin point Duncan Paia’aua pass. Hamish Stewart battled with the breeze and lost, but Country were ahead by one point.

From here on it looked like Country were adapting better to the tough conditions. Stewart became subtle with the boot and started to turn the Rising around with his kicks without making the mistakes he was previously. Following a knock on by Tom English (he may argue), Country managed to compete at a scrum and win their own ball. The forwards then set to work and worked the ball towards the try line inch by inch before eventually Effi Ma’afu dived across in a mass of bodies. A successful conversion by Stewart took the lead to 8 points.

From here on in the big men from both side were suffering and the play started to slow from the less than scintillating speed that it was. It may have been for this reason that the Rising seemed to start to wind the clock down despite being only 8 points down. With about five minutes to go they were awarded a scrum five metres out from their try line. What followed for the next three minutes can only be described as a scrum-a-thon, with neither the Ref or the Rising showing any acknowledgement that they were required to score twice to win the game. Eventually Naisarani picked the ball up from the base of the 40th scrum (may be an exaggeration) and dived over. After being converted by Kemu Valetini the Rising were trailing by one.

And that was where the score ended. Country holding out the Rising to win 29 to 28 points. 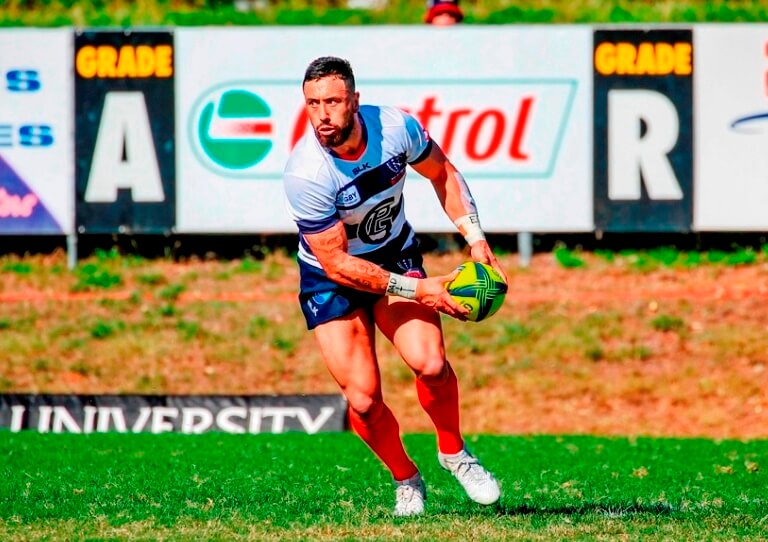 In the first half the Rising looked all over it and I started to think that QLD Country were going to end today 1 and 1. But Country seemed to adapt better to the conditions and turn their defence on to hold the Rising out.

Hands down Michael Ruru is my MOTM. He controlled the Rising play well, scored two tries, set up another and worked hard in defence. You could see the difference in the Rising attack particularly when he was subbed in the second half.

With only three of the Rising starting side eligible for the Rising Star award (< 3 Super Rugby caps), most of the interest is from QLD Country. Tai Ford had a great game in the forwards from the back of the scrum and Jock Campbell showed some talent out on the wing. From a Rising perspective, Archie King will be worth keeping an eye on. Although he did not have much responsibility for game control with Ruru taking that roll, his kicking game was sound and he his positional play is improving.