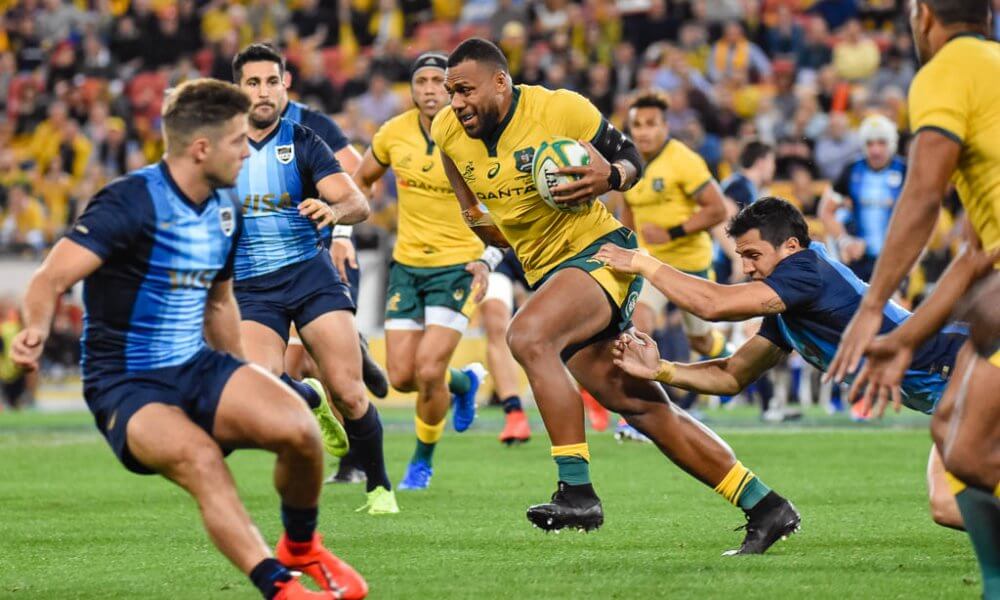 It’s rare that the All Blacks are held to one try on New Zealand soil but that’s exactly what happen in their clash with the Springboks. It was also the case for the Wallabies in their match against the Pumas. In fact all four teams involved in The Rugby Championship on the weekend were held to one try a piece.

It seems the defence is outperforming attack and this is likely to be the case in the later stages of the World Cup. However there is one key ingredient that is almost too hard to defend and that is speed. In this analysis we’ll have a look at three tries with one thing in common – SPEED!

New Zealand’s try came from a Springbok turnover late in the first half.

Everyone knows the Kiwis are red hot on turnover attack and this clip is a great illustration of their counter attack principals.

Aaron Smith is the master of turnover attack. He uses the cues “V-Up” which means the defensive line works to get width and depth off the turnover ruck or tackle. Once you’ve set the width and depth the key is to shift the ball to space.

In this instance it was Sonny Bill Williams passing to Beauden Barrett not a bad combination, meaning the Springboks had to jockey in defence. They were numbers down and Blitzing was not a smart option. In the end it was Barrett’s speed that created the try.

It’s ironic that the Springboks would score on the same edge to draw the match.

This time it was from multiphase attack with Handre Pollard and Willie le Roux running a nice block play to create space for Cheslin Kolbe and he in turn put up a Hail Mary chip for Herschel Jantjies to score. To be fair there are enough All Blacks on their feet to shut this play down but that was not to be.

South Africa’s performance will have rattled the All Black cage a little and gives hope to the Wallabies for the Test Match in Perth.

Everyone loves to see tries scored from strike plays and this play from the Wallabies is a real peach.

The play is designed to split the Pumas centres by first locking down their inside centre (Jeronimo de la Fuente) using Tevita Kuridrani running a hard line. Samu Kerevi then plays out the back of that shape attracting the Pumas outside centre (Matias Moroni) and creating a hole for Marika Koroibete to explode through.

Once again the key ingredient is speed. The Wallabies support lines off the linebreak are excellent even if the last pass was a little behind Reece Hodge.

As the World Cup draws near coaches and selectors all over the world will be picking midfields with great defensive qualities. After all most people would agree that defence wins trophies.

However, as the selectors start to work out their starting back three players the smart ones will be looking for game breakers. Players that can turn a game in a moment. These game breakers usually have one thing in common – SPEED!