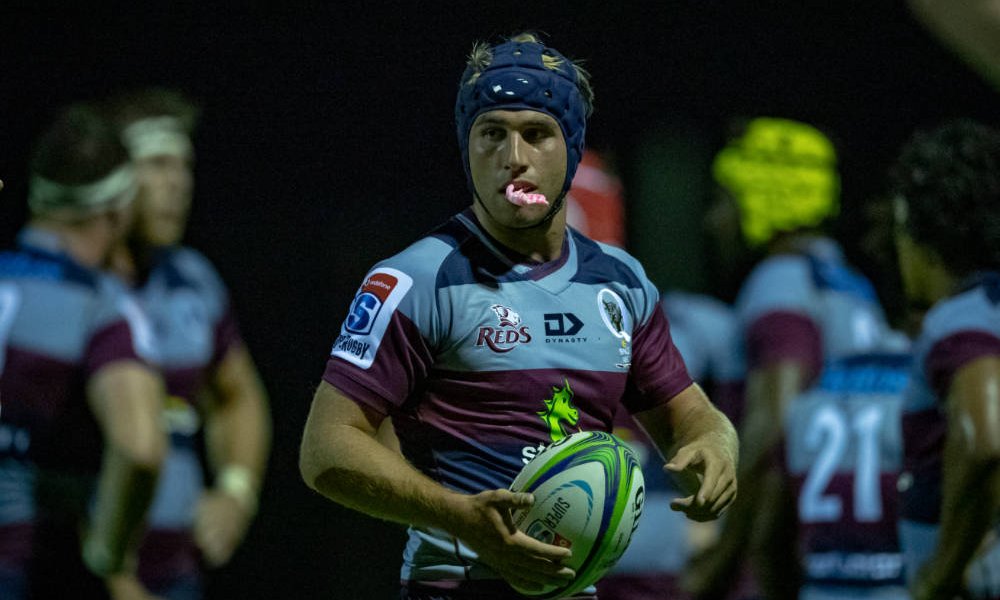 We are at the third game of the Queensland Reds season, and the animal themed road trip through three continents is almost over. The last stop is a visit to Argentina, where the Jaguares are ready to pounce. Will the Reds be able to win, and provide something prior to the first home game of the season next week? Or will the season be nearly over before it really begins? Let’s find out…

We kick off with a typically noisy South American atmosphere with a rowdy, if not large crowd. The Reds showed a real attacking mindset early after some turnovers from Jaguares set pieces. A kick chase after a tighhead was a real highlight, but poor ball security (as with so many games in the last few seasons) let them down at key moments. Attacking downfield kicks seemed to be a definite part of the tactics the Reds were employing early on as nearly every attacking raid seemed to feature one.

The first ten minute had the Reds with the majority of possession and territory and eventually this told, with a neat O’Connor dummy setting McDermott free on the inside and he scored just to the right after 11 phases. Amazing what holding the ball does to a team… Campbell converted and it’s 7-0 Reds after 12 minutes. What was really noticeable at this point was the brutality of the defence and breakdowns, with both teams just unloading on each other. Clearly whichever team can maintain that will come out on top.

James O’Connor was getting more involved early and probably had more touches in the first 20 minutes than he did all of last week against the Lions, up to this point any of the attacking spark was being generated by him. He nearly put Speight away on the left at one point, and only a good tackle and then poor awareness saw Speight go out.

Very soon early the short side proved manna from heaven with Salakaia-Loto linking with Speight who put Liam Wright away inside. Campbell knocked it over again and the Reds are 14-0 up after 19. Dare to dream?

The Jaguares were bound to hit back at some point and they did soon enough. A turnover from the kickoff put pressure on the Reds and after a couple of penalties, a rolling maul in the left corner put captain Montoya over and with the conversion it is 14-7 after 25 minutes.

The Reds were threatening to undo themselves with silly penalties as they often do, but then from a scrum a beautifully worked set move set Chris Feauai-Sautia free on the right and he wouldn’t be headed and got it down. Campbell just missed the conversion and the Reds are up 19-7. As with the Brumbies game, Henry Speight was looking for work and it was another of his offloads that ultimately set his other winger free.

Leading into halftime, the Jaguares were torn to threads again, this time Hunter Paisami making a break and sending Taniela Tupou away inside, who fell over himself, regathered and secured the ball which then allowed McDermott to put a long ball to Feauai-Sautia into acres of space for the easiest try of his career. Another hard conversion missed and it is 24-7 Reds.

Right on half time the Jaguares hit back, with sustained pressure and penalties leading to open space on the left and a speculative kick pass bounced around and Boffelli was the beneficiary and scored. After the conversion is missed we go to halftime with the Reds ahead 24-12.

We come out of the break and the Reds suffered a bit of first half hangover. A dubious “high” tackle call on McDermott gave the Jaguares an attacking chance, and then a fast moving maul proved impossible to stop and Montoya had his second. For all the attacking flair of the first half, the Reds are now only five points in front. 24-19. Will all the penalties, justified and otherwise, come back to haunt the Reds yet again? Yet another one from a silly Tupou offisde gave Miotti a simple three and now it is 24-22 after 48 minutes.

With a mounting penalty count the Reds are threatening to derail themselves again, even if you take into account some of the more “interesting” penalty calls. The Reds finally win a penalty of their own, after another Paisami break, for a count of 8-2 against, which Campbell slots to make it 27-22 after 53.

The penalty count really did bite the Reds eventually, with the 10th penalty putting Jaguares near the line and the 11th seeing Wright go to the bin for an iffy hands in the ruck call. Off that penalty, Montoya followed the maul and got his hat trick, and with the conversion it was 29-27 with the Reds facing 9 more minutes a man down.

The floodgates looked likely to open when replacement hooker Socino scored from yet another maul after yet another penalty. Conversion made it 36-27, and it was 43-27 very soon after when a non-call on a offside put Cubelli over.

That’s how the game finished and the Reds will be looking forward to finally getting home and playing in front of a home crowd, no matter the size.

The sin binning of Liam Wright is what ended the chances of the Reds, which were hanging by a thread until that point from a mix of penalties, both real and imagined. There is no disputing that many of the penalties were warranted but others were soft or confusing. I cannot see how a team can concede as many penalties as they did and not earn more than two themselves. I’m not prone to exaggeration post=game but the sooner there are neutral refs for all games, the better.

Hunter Paisami was close to the best back on the park all game. He came into the game unheralded and as a stop gap for the injury to Petaia, but did more in the first game than Jordy had in the first two games. Santiago Carreras was also huge for the Jaguares but a lot of his best work was done when the Reds were on the back foot, whereas Paisami did it when the game was a lot tighter.

James O’Connor got involved more and certainly was the spark for a number of the good things the Reds did, especially in the first half. Tate McDermott was again excellent , while Henry Speight looked more involved. On the downsides both Taniela Tupou and Lukhan Salakaia-Loto again gave away far too many penalties and that simply won’t work at Test level.

Cards- Liam Wright was yellow carded on 62 minutes for one too many penalties and hands on the ball in a ruck.