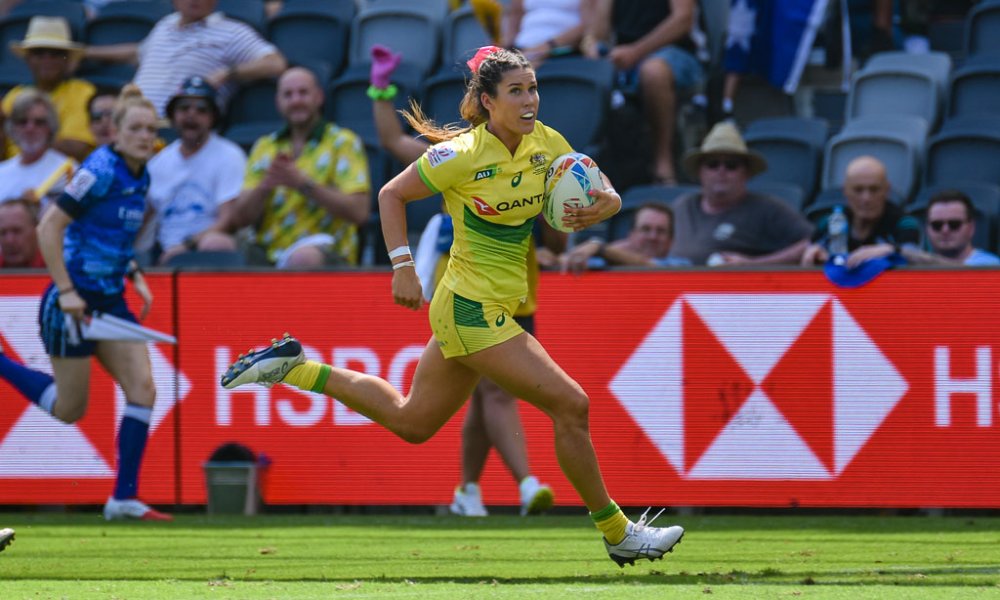 Bad news for recovering rugby chat addicts who needed the GAGR quiet period to continue uninterrupted. Today’s rugby news sees our Women’s Sevens back in gold, Quade Cooper swap “sweet-as bro” for “grouse”, Rugby Australia salivates over the 2027 World Cup and the All Blacks ponder being a bit shit.

Always Broadcasting Communism reports that Australia’s women’s rugby sevens side have powered to a second straight Dubai Sevens tournament trophy in successive weeks, while their male counterparts fell agonisingly short in their final.

On Saturday, the Australian women maintained their dominant, unbeaten sequence over the past two weeks to lift the title with a convincing 15-5 triumph in the final over Fiji, who they also beat in last weekend’s showdown.

The Aussie men — who had also reached their final unbeaten — were then left crestfallen at coming so close to ending the remarkable winning run of South Africa’s “Blitzboks” before going down 10-7.

In the women’s clash, two tries from Madison Ashby and another from player-of-the-final Faith Nathan were enough for the Australian women to largely control affairs in the final against the “Fijiana”, just as they had done in their 22-7 win the previous week. Over five matches across the two days, the Australians’ dominance had been clear as they racked up 168 points, featuring 26 tries, including six from Nathan, who scored in every match, and another half-dozen from Charlotte Caslick.

Meanwhile, the SMH reports that RA powerbrokers are trying to orchestrate the return of men’s coach Tim Walsh to the team he led to an historic Olympic gold medal in 2016, leaving the future of women’s coach John Manenti up in the air despite consecutive world series wins in Dubai over the past two weeks. The switch would accompany a major overhaul of the sevens program, with the women set to be treated as the ‘crown jewel’ in Australia’s women’s rugby offering and the men’s program to be stripped down to a handful of fulltime contracted players.

The Murdoch Press reports that Quade Cooper has announced he has now been cleared to take up his Australian citizenship after passing the test. In mid-September, just days after Cooper made his triumphant return for the Wallabies in the Rugby Championship, the Australian government announced it had relaxed the criteria for the “most talented prospective Australians” applying to become citizens.

Cooper also criticised the updated laws and the existing immigration policy that has resulted in former Wallaby and NRL player Joe Tomane being locked out of Australia.

“My brother and @Wallabies team mate @joetomane was locked out of the country he’s lived in since 9 months of age and forced to fly and quarantine in NZ earlier this year because he also didn’t fit the criteria of what it took to be identified as Australian, despite standing side-by-side in the Green and Gold,” he posted on Instagram.

“Hopefully he will be the next person to benefit from this law change and be able to fly home to his family and friends soon.”

In a GAGR exclusive we can now reveal a sample of the amended Australian Citizenship Test questions:

[Credit to “the internet” for all of these]

“Like I said the last time, it won’t happen again”

Fox News have gone against all of their recent form to find a negative angle on the almost-certain Australian 2027 World Cup hosting decision, reporting:

Having poured money down the drain following the highly successful 2003 World Cup, RA says they will not make the same mistake again and planning the best way of building their war chest.

“That’s been at the forefront of the board’s mind from the inception,” Marinos said.

“This is not about getting a windfall and propping up artificially certain areas of the game for short-term return, this is about putting it into an investment vehicle that’s going to drive long-term sustainability.

“We’ve got a plan in place and once we’ve finalised the deal we’ll be implementing that.”

“It (the World Cup bid) was an idea 15 months ago and it was the light on the hill,” Rugby Australia chairman Hamish McLennan said.

Within months he set-up an advisory panel and his first piece of business was bringing Sir Rod Eddington – the highly regarded businessman who turned British Airways around – on board.

Less than a year later, on May 20, RA formally announced their World Cup bid.

The duo, as well as RA CEO Andy Marinos, French and former Wallabies captain John Eales flew to the UK earlier this month to hold crucial meetings to try to win support for their bid.

As McLennan said, “We arrived at ground zero three weeks ago and now we’re an inch from winning the World Cup rights.”

“What it brings to the country in 2027 and you’ve seen the numbers, it has a huge economic benefit for the nation, over $2.5 billion of economic benefit and I’m thrilled rugby can drive that,” Kearns said.

“This potential secures financially the future for rugby a long, long time in this country and with the pathway we’ve got with the British and Irish Lions coming in 2025, a World Cup in ’23, England next year and a Rugby World Cup in 2027, this is a great growth opportunity for rugby in Australia.”

As Marinos said, “it’s really a golden decade for rugby in this country.”

Sydney or Melbourne will host the World Cup final with eight to ten cities to host matches.

For those who enjoy a bit of schadenfreude, ESPN reports on the current dark (with white sponsor lettering) night of the soul happening in New Zealand, where three losses in a calendar year amounts to the worst All Blacks season in 12 years and a near national disaster.

The All Blacks’ unwanted records – the first twin defeats in the northern hemisphere in the professional era — fuels those demanding highly successful Crusaders coach Scott Robertson is immediately promoted to replace Ian Foster and his management crew.

Two reviews round out the year for the All Blacks – an internal one, followed by the standard practice formal debrief with New Zealand Rugby where players and management will give feedback on where they must improve.

Foster is certain to survive. Having been reappointed for a further two years in August, just prior to the Rugby Championship, he will lead the All Blacks through to the 2023 World Cup and get a chance to right this year’s wrongs, unless the rot really sets in.

The concern for the All Blacks, and the fire behind the fury of widespread criticism, is not so much the successive defeats to Ireland and France to end the year but the nature of those results.

The blueprint for rattling the All Blacks has been set for some time and there appears little advancement or evolution to counter those tactics.

Ireland outmuscled the All Blacks pack, as is a common theme in recent losses, and starved Foster’s men of possession. When a response was expected, demanded, the following week in Paris, France instead stunned the All Blacks with their combination of pace and power. France’s 24-6 half time lead is the largest margin the All Blacks have conceded in history.