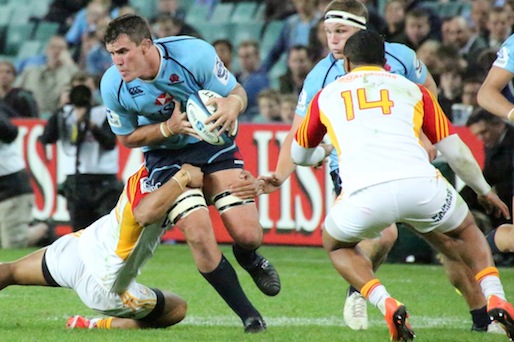 Wednesday’s rugby news has a recent Wallabies walkout applauding the exclusion policy, the Reds motivated, the Brumbies set for must-win match and the Blues dealt a major injury setback.

“I think they have to be strong on their stance and encourage boys to stay and play in Australia, to play for Australia,” Douglas said, adding that he has come to grips with the full effects of deciding to head to Irish club Leinster.

The disappointing Reds are said to be fired up for Saturday’s match with the Tahs after a scathing assessment recently by Queensland great Stan Pilecki. “I was embarrassed and disgusted with the efforts shown on Saturday…They showed little pride in the jersey,” Pitaleki said after the Reds 30-20 loss to the Force.

While prop James Slipper questioned the assessment of the wounded team’s efforts, he added that Pilecki was an idol and that the criticism would spur a strong contest in the Super Rugby finale. Coach Richard Graham has recently promised a no-holds-barred autopsy of the dismal season after the final match of Queensland’s Super Rugby campaign.

The Brumbies team to play the Force this weekend has been reinforced by the return of injured Wallabies Matt Toomua, Sam Carter, Pat McCabe and Joseph Tomane, while Josh Mann-Rea will start at hooker. McCabe and Tomane will start the match on the bench, nevertheless giving the team valuable depth in the backs.

A win against the Force will guarantee a finals berth, while both teams could progress with a loss if they get a bonus point and the Auckland Blues beat the Waikato Chiefs. Dependent on other results, a Brumbies win could put them as high as fourth, in line for a home final.

Both the Brumbies and the Force will be reticent to rely on a Blues win, especially after All Blacks prop Tony Woodcock and captain Luke Braid were recently ruled out of the match against the Chiefs. Both players are nursing shoulder injuries, with Woodcock hurt in last week’s loss to the Crusaders while Braid has been carrying his injury all season and will undergo a shoulder reconstruction surgery tomorrow.

The Blues face the daunting challenge of having to beat back-to-back champion Chiefs by 38 points on Friday night while also denying them a bonus point to give themselves a chance of making the top six.