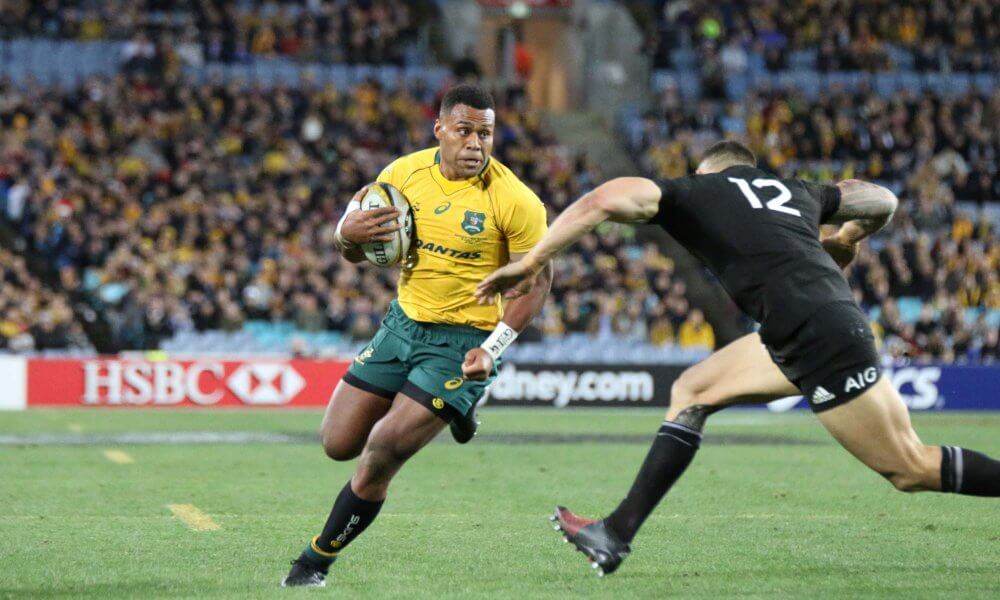 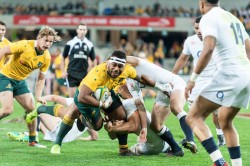 Channel Nine reports that wrecking ball centre Samu Kerevi will return to the Test squad for the third Bledisloe Cup Test in Perth on August 28.

Kerevi has not played for the Wallabies since the 2019 Rugby World Cup after taking up a contract in Japan with Suntory Sungoliath.

But the 27-year-old is in Sydney in hotel quarantine after representing Australia in sevens at the Tokyo Olympics.

“The big thinking for us around Samu is obviously, he’s still keen to play at international level, from a COVID perspective we’ve got concerns, Hunter’s baby girl is due September 1 so he’ll initially come to Perth but he could end up leaving early,” Dave Rennie said.

“Once he (Paisami) leaves, there’s no guarantees that he can come back or when we could get him back, depending on borders and where future Tests are played.”

“So Samu’s availability helps alleviate that problem. With a couple of injuries, we can’t bring guys in from anywhere else, so Samu is a great option for us.”

Kerevi will also be available for the Rugby Championship Tests against South Africa and Argentina.

On 24 July Fox Sports ran a piece on Kerevi’s background, including being evacuated from the Solomon Islands to Fiji, then fleeing a coup in Fiji to Brisbane and obtaining a refugee visa. 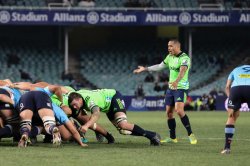 “We had a plan around how we wanted to exit and get our forwards in the game early, but there was just so many opportunities. We fell into that trap of, ‘we could go on here, it’s hot here, we could do this’. But, we should have really got our forwards into the game, getting our loose forwards carrying early, cleaning rucks fast.”

Smith also revealed he is in the defensive group during games, but the responsibility for delivering the messages on attack lies with the No 10s (not the water-boy or medic for some reason).

As a result, there will be an expectation that Richie “Soul Glo” Mo’unga or Beauden Barrett will deliver a more measured first-half performance on Saturday, with more tactical kicking likely to turn the Wallabies around to put them under pressure.

That said, Smith was pleased with large parts of the All Blacks’ game, and believed the Wallabies only got into the contest on the back of mistakes from the home side.

Smith also had some advice for the younger players in squad: “Don’t just read your good press. It comes with time, and the old factor of, ‘do you read all your press, or do you read none?’ If you do one or the other you’ve got to have a plan around it. If you read a lot of the articles, you’ve got to read the bad ones too. Take it for what it is. Our reviews are very honest, as well….but you take the good without the bad. Don’t just read just your good press is where I try to guide them [younger players].”

GAGR warns that Smith’s bad press contains adult themes and is not suitable for young readers.

No Tests for you Sydney! 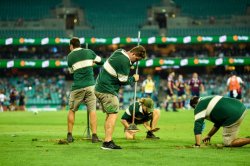 The Covid Morning Herald reports that Sydney is set to go without any Test rugby for the first time in 44 years as Rugby Australia prepares to move the 12 September Wallabies v Springboks test from the SCG to Perth.

Sydney’s prolonged battle with the Byron Bay Bug has left RA with little choice but to move the match.

The Wallabies were due to face France at the SCG in the July series opener before the outbreak sent the game to Fortress Suncorp Stadium where inevitable Wallaby victory followed.

2021 will be the first time since 1977 – when there were no Tests played – that Sydney will go without a Wallabies match.

While the logic of playing all Wallaby tests in Queensland appears irresistible to fans of objective fact and logic, Perth’s Optus Stadium is now tipped to host the Springboks on the weekend of September 11-12, subject to dealing with two issues.

Firstly, the AFL has first rights to the stadium that weekend.

Secondly, the WA junta would need to provide written approval for South Africa (including water-boys and medic defence coaches) and Argentina to enter the People’s Republic of Little Creatures Pale Ale without completing an additional fortnight in quarantine. 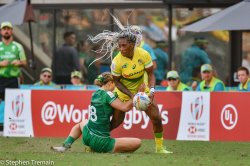 The SMH reports that all 13 members of Australia’s Olympic men’s rugby sevens team have been given a formal warning following “excessive drinking” on their flight home from Japan, as Rugby Australia prepares to launch a review of both sevens programs that could lead to significant cuts.

However, RA insists no rugby players were responsible for damage on the boozy flight, nor did they vomit in a bathroom while drinking with representatives of other sports.

The Murdoch Press reports that one of the accused players hit back at any complaints by saying: “Who cares who f***ing threw up, it’s not World War III?”

“People are allowed to be sick, that’s what sick bags are for…If someone was sick, it would not be the first time, who cares?,” the player added before asking: “Why is rugby being dragged through the mud?” Another player on board the flight apparently told The Australian: “Well, if you look at where the vomit was, it wasn’t near our seating plan”.

An opinion has been crowbarred out of the notoriously spotlight-shy Peter FitzSimons, who raised the “NTA” (Never Tour Again) designation that used to be quietly applied to the players who raised hell on their first tour opportunity “back in my day”.

ESPN reports on the antecedents to the women’s sevens performance, including the “steady decline” in the four-year period since John Manenti took over as head coach, covid-shortened preparations, and Ellia Green sorely missed against a robust USA and flashy Fiji. Green’s shock omission apparently caused a rift within the team.

With specialist kicker Chloe Dalton ruled-out through a fractured cheekbone in Townsville, Australia were forced to rely on Sharni Williams and Tia Hindes for the conversions and restarts.

Without a medal, the women’s team will lose important funding from the Australian Olympic Committee, further straining RA’s finances. Also, the three-year contract renewals offered to both the women’s and men’s sevens coaches before the start of play in Tokyo has not been without controversy.