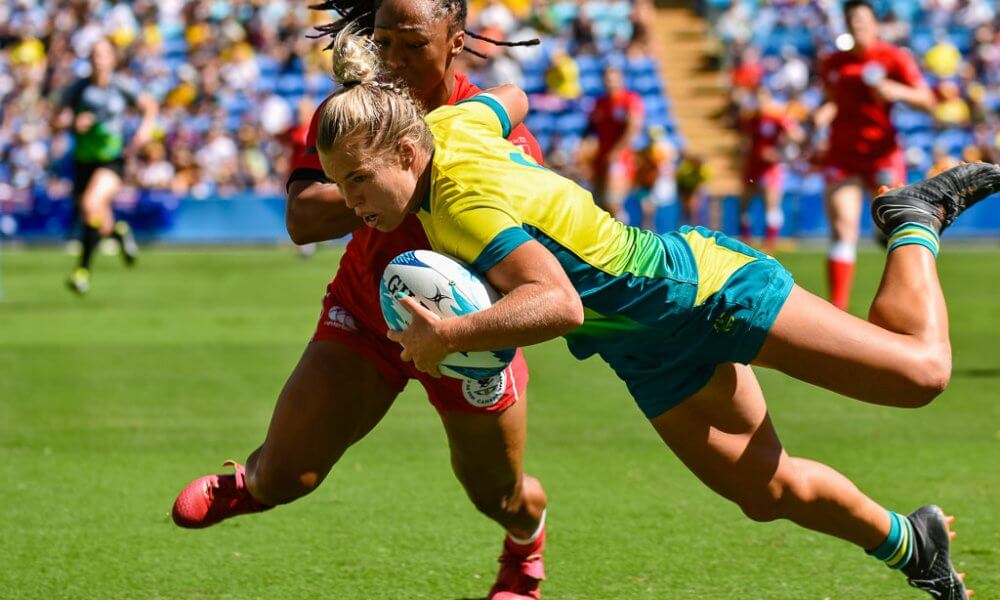 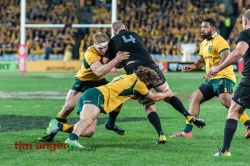 Rugby.com.au report that New Zealand have been training to play with 14 men ahead of Tests against Australia to prepare for the loss of red-carded players.

The All Blacks lost 24-22 in Brisbane last year when both sides received a red card, and were also defeated by the Wallabies in Perth in 2019 when lock Scott Barrett was sent-off for a high tackle during the 47-26 clash.

NZ coach Ian Foster said he sent lock Brodie Retallick off the training park last week so they could practise with 14 men.

“…we work through those scenarios – and often your ability to adapt as a team is not so much dependent on your own tactics, it’s actually on how the other opposition plays.”

“We’ve learnt the last couple of years playing ‘Aussie’ with 14 men is not easy to do, because they’re very much a fast ruck-and-run team and eventually they’ll expose that … the French probably didn’t play that way.”

Meanwhile, the Sydney Morning Herald reports that Nic White will be available for selection for the first Test against the All Blacks on August 7 at Eden Park.

A knee injury means that White will not have played almost two months when the first Bledisloe kicks off.

James O’Connor’s groin injury means earliest he will be considered for selection is the second Bledisloe on August 21 in Perth.

Bledisloe 3 is on 28 August in Wellington. 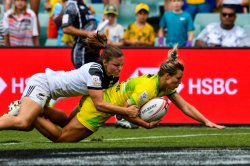 2016 Olympic gold medalist Emma Tonegato has confirmed she is recovered from injury as the men’s and women’s Olympic Sevens teams leave for the 2020 Tokyo Olympic Games according to GAGR’s own Nathan Williamson. Tonegato made her first appearance in over 12 months when she played for Australia in the Oceania Sevens Tournament in Townsville after recovering from a shoulder injury.

However ESPN notes the shock non-selection of star winger and medalist Ellia Green. Announcing the squad for the Tokyo Games just weeks ahead of their opening Pool match, Australia coach John Manenti made some surprise selections, including the bombshell decision not to include gold medal winning Green on the list. Green had recently made her return to the field from a knee injury, but her performances caused Manenti to make “the toughest call of his career” to leave the 28-year-old in Sydney (which isn’t a great city to be in at the best of times).

Charlotte Caslick dismissed the notion of the omission causing tension in the team.

“I think a few of the girls were shocked for sure and we’re obviously all really good friends and really feel for each other, so it was heartbreaking to see that, but obviously we’re not in control of who selects the team and we’ve just got to trust that the coaching staff have made the decisions for whatever reasons they have and that that’s going to be the right one.”

The Aussie women have been drawn alongside hosts Japan, China and the USA in Pool C. The United States looms as the major threat out of the pool, having finished second in the World Series in 2019-20 along with holding Australia to a 12-all draw in the pool stages at Rio in 2016. 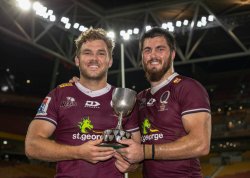 Back-rowers Liam Wright and Angus Scott-Young have both signed contract extensions with the Queensland Reds until at least the end of the 2022 Super Rugby season according to Reds and Australian rugby websites.

Reds General Manager – Professional Rugby Sam Cordingley said “We are all really pleased that Liam and Angus have committed. They are both now 50 cap Reds and managing leadership roles which make them important to the program.”

Wright and Scott-Young have played alongside each other since they were teenagers at Anglican Church Grammar School in Brisbane. Both won back-to-back U20s titles with Queensland in 2016/2017 and claimed the NRC title with Queensland Country in 2017 before both made their Super Rugby debuts for Queensland the following year.

Wright made his playing return from injury against the Brumbies in Round 8 2021 where he shared the on-field captaincy with James O’Connor.

Scott-Young’s standout 2021 Super Rugby season was recognised at last weekend’s end of season Awards Lunch where he was crowned the Reds best defensive player, finished 3rd for the Pilecki Medal

Scott-Young also received the Spirit of the Reds award for his exemplary attitude of what it means to represent Queensland – something Southern & Western State players wouldn’t understand dammit!

The ABC has updated the Quade citizenship story, stating the Byzantine reasons why NZ’s Public Enemy No 1. In short, the amount of time he has spent overseas — including playing in Japan for the past two seasons is counterproductive while  “rugby union is not listed in the legislative instrument as an eligible activity” to qualify for the exemption.

Fox report that Parramatta star Blake Ferguson is deep in conversation with  the Western Force, while Matt Burke has warned of the challenges facing Ferguson making a successful code switch. How deep could a conversation with a Leaguie be?

Rugby World reports that Japan’s latest reorganisation of it’s  rugby comp is regarded as a Charlie Foxtrot by some. The name of the “league”, the way the teams were positioned in the three divisions, the format of the first division, the lack of consistency with team names and the internal politics that have resulted in a merry-go-round of key personnel were all the subject of numerous posts on social media from fans whose patience has worn thin. It’s just as well Rugby World doesn’t read the GAGR comments section.