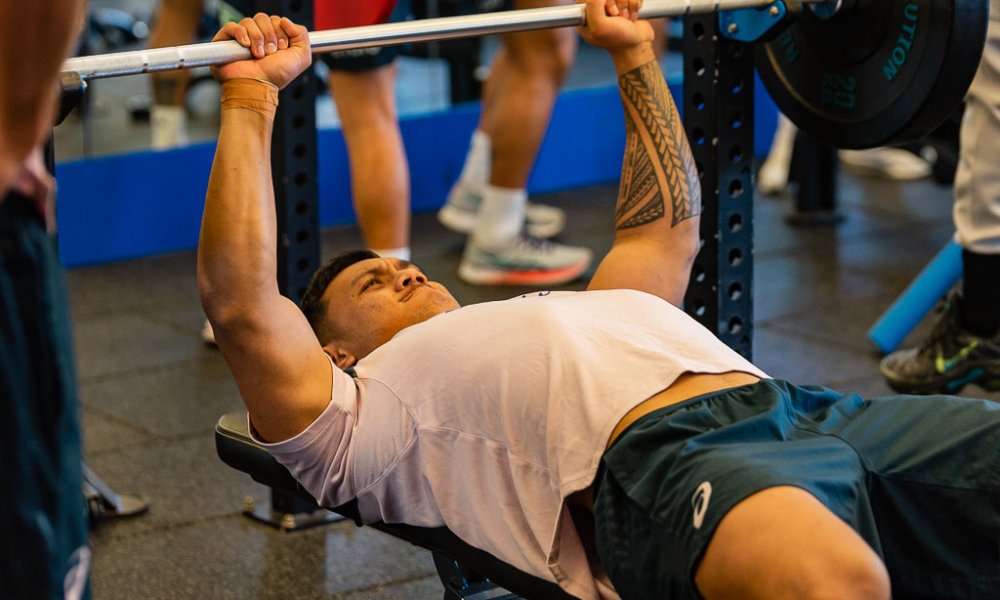 Nine reports that Wallabies prop Scott Sio says he is “confused” by World Rugby’s new water break directive that is stopping play for hydration at the 20 and 60 minute mark in Tests.

The water break concept is that both teams have a clearly defined drink break window while at the same time clamping-down on the trend of water boys and trainers taking the field clutching bottles.

But on Stan Sport’s Between Two Posts, Sio agreed with Andrew Mehrtens that there was already ample opportunity to take on water after tries, penalties, injuries and other stoppages.

“I don’t really understand. It’s a funny one because it’s kind of contradicting the message we’re getting from World Rugby,” Sio said. “They tell us that we’ve got to stop slowing the game down but then they bring in water breaks. I’m confused. I think it gives some teams an out. I think having a fitness advantage over teams was huge and it’s kind of getting lost now because of that. It’s becoming more of a power game now.”

The All Blacks, who like to play at pace (and offside, and on the cynical side of the spirit of the game), have long complained that power-based teams like South Africa and England have deliberately slowed the game down via water boys and players lying on the turf seeking medical attention.

Over the years various Pacific Islands rugby unions have faced investigations over the financial handling of their affairs and now Fiji is dealing with speculation and rumour at a time when its sevens team is preparing for the World Cup Sevens in South Africa next month. The move comes just a year away from the Rugby World Cup in France.

FRU chairperson Commodore Humphrey Tawake said the board was planning to conduct an internal audit. “We had to terminate three staff members and I cannot divulge the names or the offences now due to investigations being conducted,” said Tawake. He insisted CEO John O’Connor had not been suspended, but said he was away on “annual leave”. National operations manager Sale Sorovaki has relieved O’Connor to ensure operations and domestic competitions remain unaffected.

The FRU issued a statement to try and end speculation which read: “Following the discovery of certain breaches of internal processes, Fiji Rugby Union has terminated three staff last week, and this has promoted the FRU Board to also bring forward an audit that was scheduled for later on in the year as part of operations.“

Tawake said: “An audit is part of the everyday business function and for Fiji Rugby to facilitate that immediately, FRU CEO has volunteered to take annual leave to allow for the process to happen seamlessly”. Tawake further stated that “at this stage, there everything remains and operates as normal. We have just completed our provincial tournaments and have now moved our focus to the schools’ competitions. The daily operation at Rugby House also remains normal”.

Vincent: The miracle YOU witnessed. I witnessed a freak occurrence.

Georgina Robinson of the SMH reports that Rugby Australia boss Andy Marinos has defended the Wallabies’ injury crisis as a series of “freak” occurrences, but admitted staff had tweaked training loads in response to the high casualty rate.

Marinos also revealed RA would not enter into contract extension talks with coach Dave Rennie until after the spring tour this year. Rennie’s win rate sits at a low 40 per cent after 25 Tests in charge, with the Wallabies sixth (7th actually!) in the world rankings.

“It’s been a tough and disappointing international series,” Marinos told the Herald. “When you critically look back on it, we’ve created opportunities and failed to execute in the big moments. What we have been able to develop is a great strength of depth, which meant that we could field a competitive twenty-three with 16 guys sitting on the sidelines. That’s a great development from last year.”

Rennie is contracted until the end of 2023, but Marinos did not rule-out offering an extension after an end-of-year review in December.Marinos said the team’s medical and athletic performance staff were constantly reviewing training loads. Wet conditions in south-east Queensland (the best place in the world), where the Wallabies based themselves, may have contributed to the injuries, Marinos said.

“With the soft tissue stuff, the guys were coming out of Super Rugby seasons and the intensity of training coming into Wallabies camp really picked up. We’ve identified it and we’re working with our [strength and conditioning] guys around load management, but for me soft tissue injuries do come around now and then.”

Stuff dot co dot unzid reports that the Hobbiton peace was shattered and children were left in tears after a person on the sidelines punched their coach while he was refereeing a match. The incident happened near the end of a game involving the Southern Magpies and Kaikorai Demons, made up of 8 year olds, at Dunedin’s Bathgate Park on Saturday morning.

“Pretty hard to write this report as our young kids were left in tears after being exposed to some of the most disgusting behaviour from the sidelines that I have ever witnessed”, a coach of the Kaikorai Demons said in a Facebook post. “Swearing, threats, and my co-coach/ref taking a punch to the face.”

The game – the last of the season and won by Kaikorai 70-15 (which puts Wallabies v Argentina into perspective) was called off early due to the incident, denying the Southern Magpies the chance to claw back the 55-point lead.

Stuff understands the referee was coward punched by a spectator while he was arguing with another spectator. “I wish it need not have happened in my time,” said one of the 8-year-olds. “So do I,” said Gandalf, “and so do all who live to see such times. But that is not for them to decide. All we have to decide is what to do with the time that is given us.” Senior Sergeant Anthony Bond said police were aware of the incident. He urged anyone with information or who filmed the incident to call the filth on 105, or Crimestoppers anonymously on 0800 555 111.